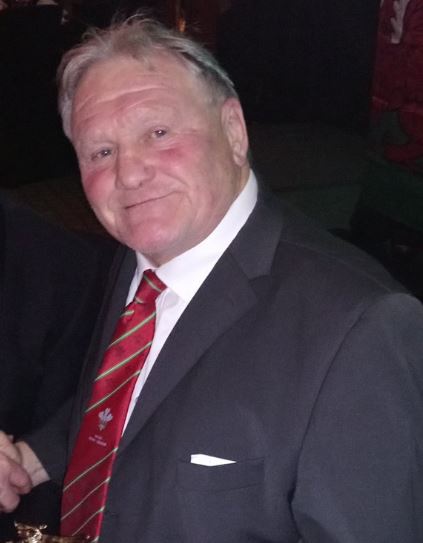 Current WRL Position: President
Nicko has done more in Rugby League in Wales than many others in the history of the game.


Exactly one year older than Arnold Schwarzenegger, as a child Nicholas was already mixing with the stars – he had his milk delivered to him by Anthony Hopkins and watched local rugby alongside Richard Burton.


When it came to rugby, he played his first game at the age of seven. By the age of 19 he was representing Wales at boy's level and Glamorgan at county level. After playing for Aberavon Harlequins and Aberavon Green Stars, he made his senior debut for Aberavon in 1964 at half-back.


In 1972 he turned professional, signing for Warrington, winning the first of his six Welsh caps against France in 1975.


The year before, he was picked to play for Great Britain. But then, in the last minute of the Challenge Cup final of the same year, he picked up an injury keeping him out of the tour to Australia, Similar happened in 1975, when injury kept him out of the World Cup.


He was elected Warrington captain in the 1976/77 season and during his career at the club, he played in three John Player finals and two Challenge Cup finals.


After over 150 appearances for the Wire, in 1981 Nicholas made the first of his Rugby League expansion ventures down south as he co-founded Cardiff City Blue Dragons and also played for the club. He later became Wales Students team manager before taking that role with the full national side between 1993 and 2000. In 1996, he founded South Wales RLFC who played just the one season, folding after the RFL backtracked on giving them a Super League licence.


He became president of Wales Rugby League in 2003 and again helped to set up a new league, co-founding the Welsh Conference that year, helping in the formations of Bridgend Blue Bulls and Aberavon Fighting Irish. In 2005, he was a co-founder of Celtic Crusaders whilst he also sat on the board of South Wales Scorpions in their early days. His more recent work with WRL has included plenty of involvement in developing youth rugby league in North Wales.


In 2012, he was inducted on to the Rugby Football League’s Roll of Honour and in 2014 was appointed into Warrington Wolves’ Hall of Fame in 2014.