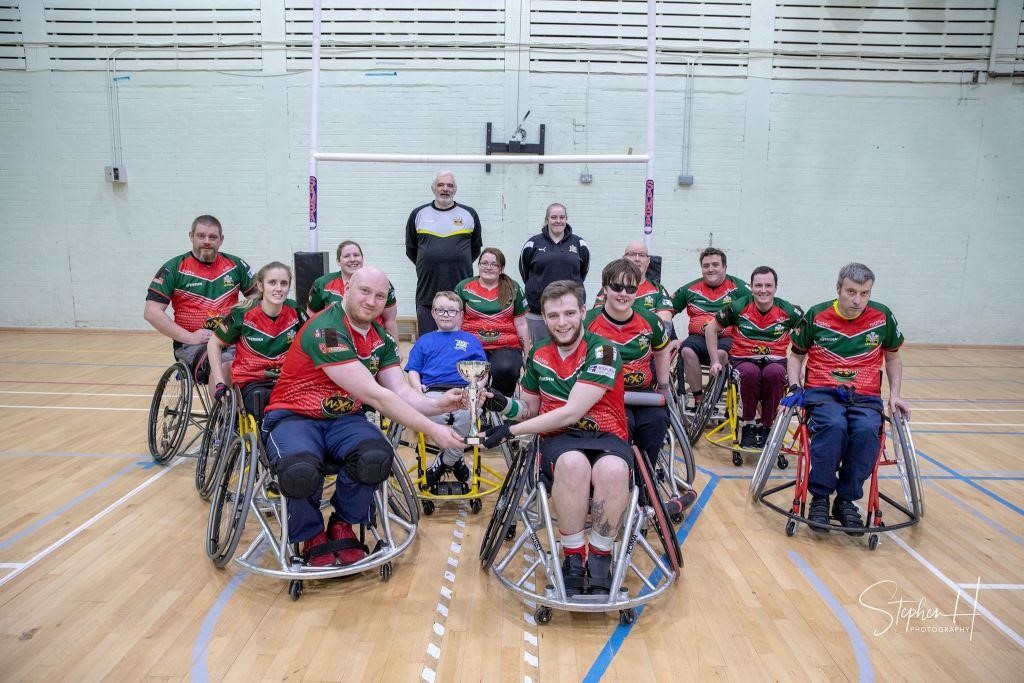 The Betfred Wheelchair Super League, featuring North Wales Crusaders, will have an exciting new look for 2022 – the biggest year in Wheelchair Rugby League history, culminating in the World Cup this autumn.

Two of the best-known club names in the game, Warrington Wolves and Wigan Warriors, will join the group aiming to dethrone Leeds Rhinos, who were crowned champions for the first time last autumn.

They will be joined in a seven-team competition by the 2019 champions Halifax Panthers, a fourth Betfred Super League club in Hull FC, the ambitious Crusaders and a brand new name for the sport in London Roosters – a southern “super team” built on the strong foundations of Wheelchair Rugby League in Medway, Kent.

The competition will kick off on the weekend of March 5-6, with the Rhinos launching their title defence against the Crusaders, Warrington taking on Hull FC, and two of the new teams clashing as Wigan Warriors face London Roosters at their impressive Robin Park base.

There will be seven rounds of fixtures before the competition splits, with the top four teams qualifying for a Super 4 League leading to the Grand Final in the autumn – which has already been confirmed for live coverage on Sky Sports, after the success of last year’s historic first for Wheelchair Rugby League. The purpose is to ensure that the players are competing in high intensity fixtures leading up to the World Cup.

The bottom three teams will join leading clubs from the Wheelchair RL Championship – with further details to be confirmed in the coming weeks.

“To have famous Rugby League names such as Warrington Wolves and Wigan Warriors joining Halifax Panthers, Hull FC, North Wales Crusaders and the champions Leeds Rhinos is a huge boost for the competition, and further evidence of the growing profile of Wheelchair Rugby League.

“The formation of London Roosters is another exciting development, recognising the strength of Wheelchair Rugby League in the South, and capitalising on our ability to be agile and flexible in ensuring the strongest possible competition, to prepare our leading players for the World Cup challenges that await.

“To have coverage from Sky Sports already confirmed for the Grand Final is another huge lift for everyone involved, and another reminder of the progress that has been made in the last couple of years.

“There is growing strength in depth also, with more teams appearing in different towns and cities, many of them benefiting from the CreatedBy facilities funding secured by the RFL and RLWC2021.”

The Betfred Wheelchair Challenge Cup, also won by Leeds Rhinos in 2021, will kick off with a Festival in April, with the Final set for June – and discussions also advanced for England Wheelchair to play a Mid-Season International to continue their World Cup preparations.