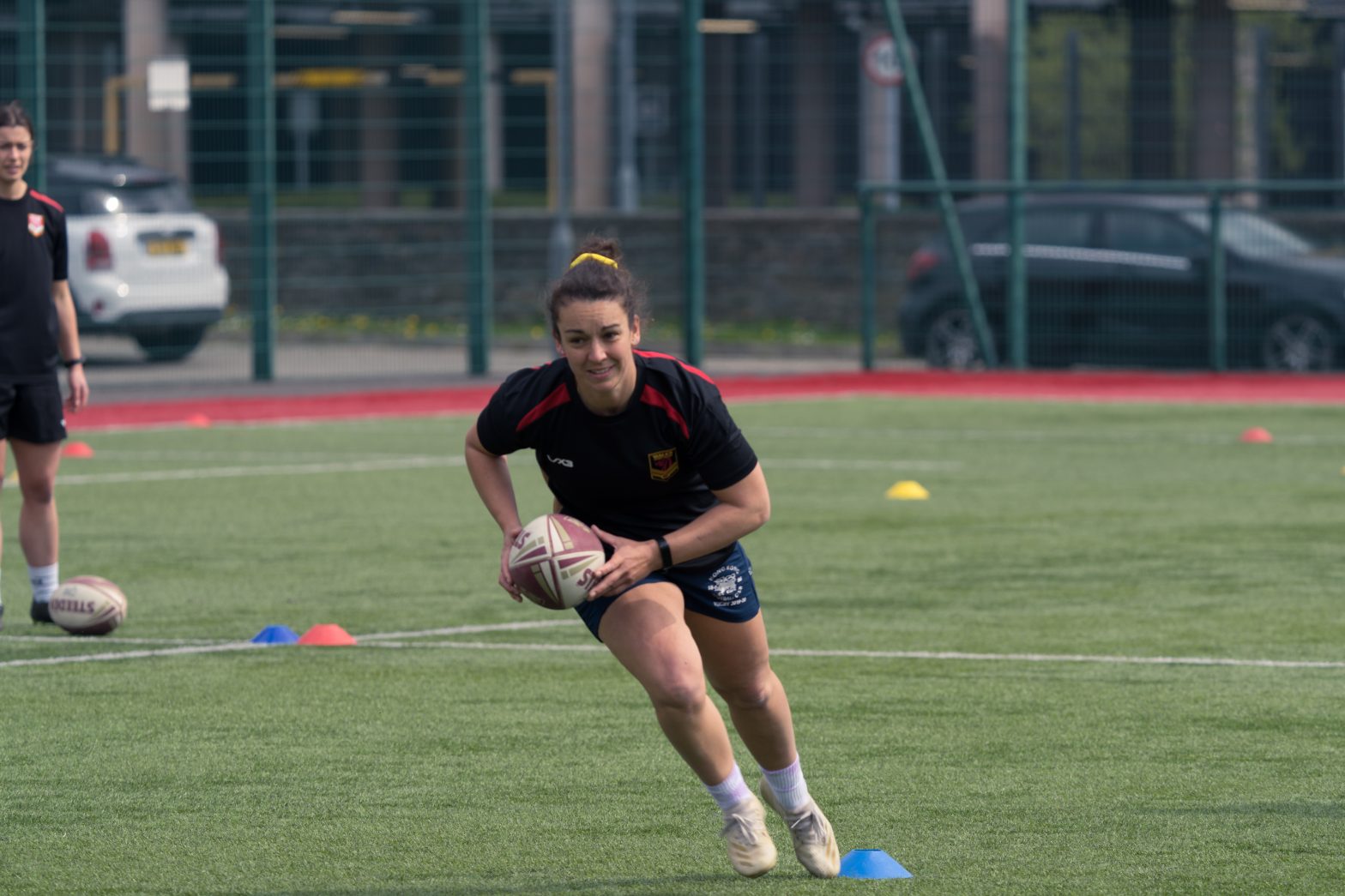 Bethan Dainton and Rhi Parker are looking forward to potentially becoming dual-code internationals should they be selected in Tom Brindle’s Wales line-up against England in the Women’s International Test Match at Cross Keys this Sunday (kick-off 1pm).

Wales have fielded 101 dual-code rugby international players – 99 men and two women – which all started in the very first 13-a-side rugby international on January 1, 1908 when Wales took on the first ever professional New Zealand touring side in Aberdare. Dai “Tarw” Jones played that day, and scored the winning try for Wales in their 9-8 victory, following on from his appearances in the 15-man Wales side, which included playing in the other famous win against an All Blacks side in that decade, the 3-0 win in 1905 in Cardiff.

Dainton and Parker both faced England in their rugby union international career, so they know the type of challenge that they’ll face this Sunday at Cross Keys. 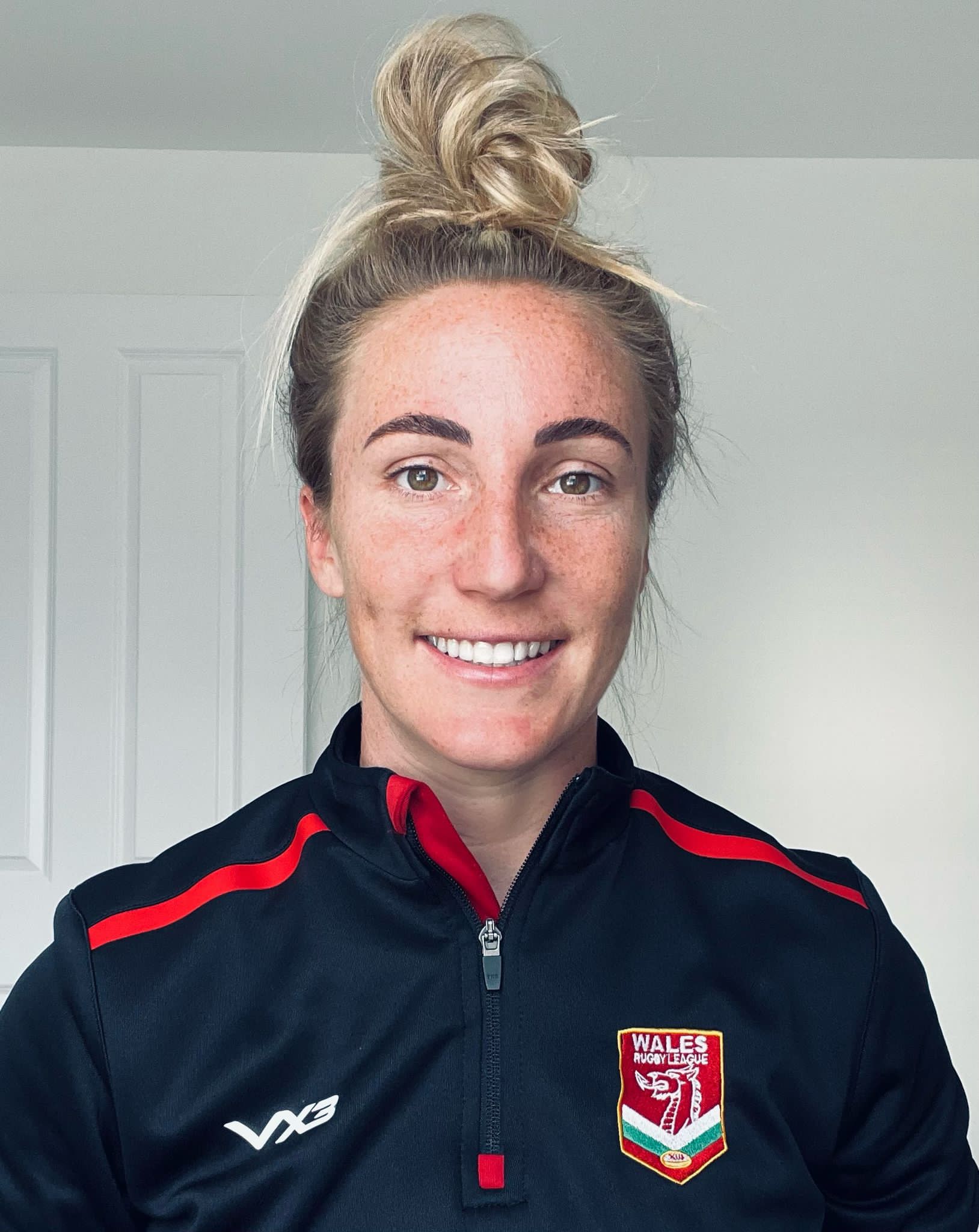 Dainton won eight caps for Wales in rugby union, in addition to playing for Dragons, Bristol Bears, Harlequins and Barbarians before playing rugby league for the British Army. She said: “England are one of the best in the world at rugby union and we know the league team are exactly the same. They’re really hard hitters and a fantastic team, so it’s going to be a massive challenge for us.

“It’ll be a massive honour to be in same club as players like Jonathan Davies and Gareth Thomas, who have played rugby union and league for Wales. They were fantastic players, I watched them both over the years. For me personally, I started my rugby league journey by picking up a ball for the Army, so it’ll be a great honour to get a Welsh cap again.” 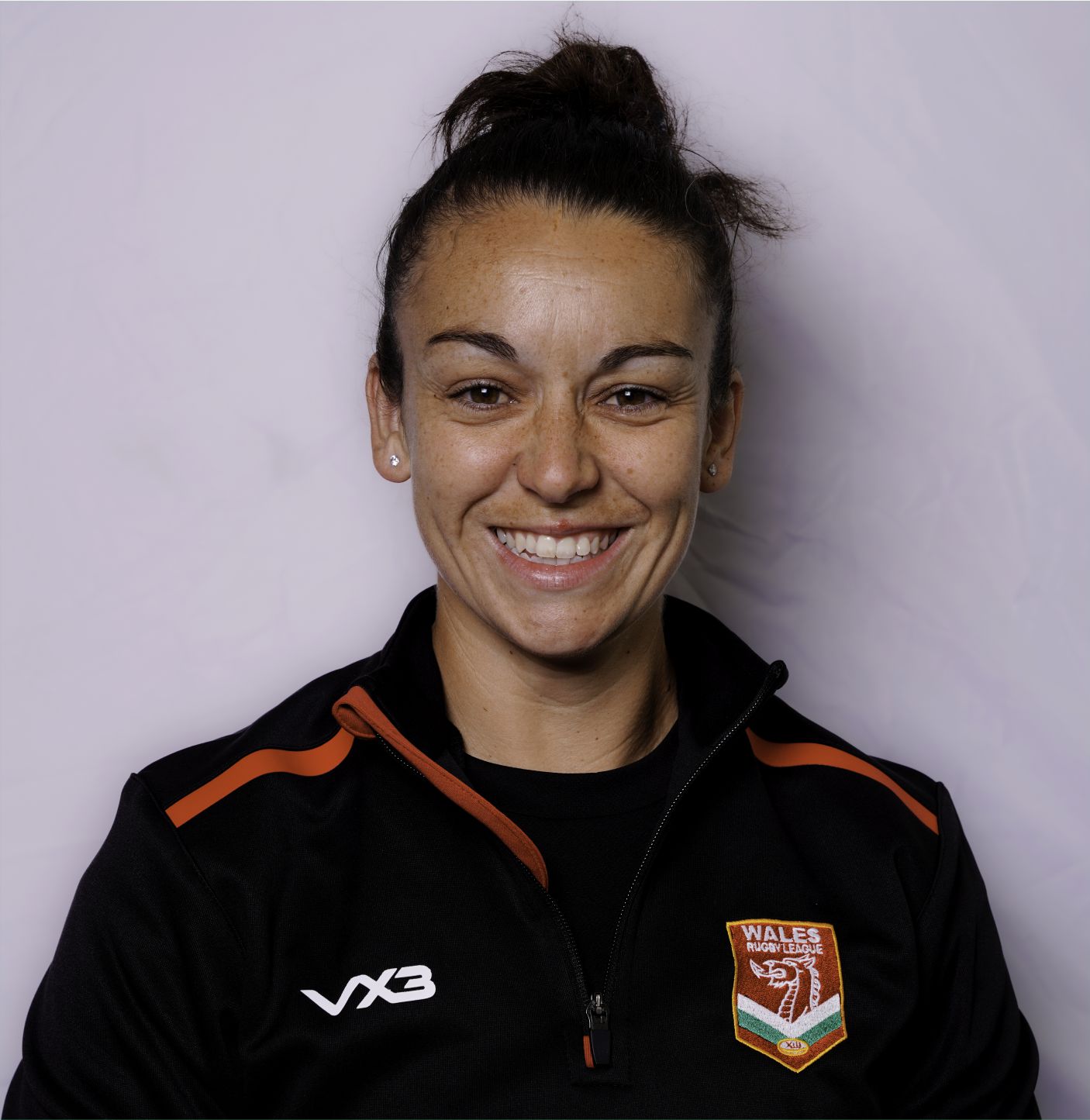 Parker, who has turned out for Wales Sevens, Worcester Warriors, Bristol Bears and Crawshays in her rugby union career, has won five Wales RU caps. She is new to rugby league this year, having joined Cardiff Demons. She said: “Cardiff had an open training session earlier this year so I thought I’d try myself out in a different code. I loved it, starred playing there and got picked up for Wales through the Cardiff Demons coaches.

“To play for Wales in one code is awesome, to do it two will be amazing. I’m excited for the opportunity and hopefully I’ll be selected for one of the games.”