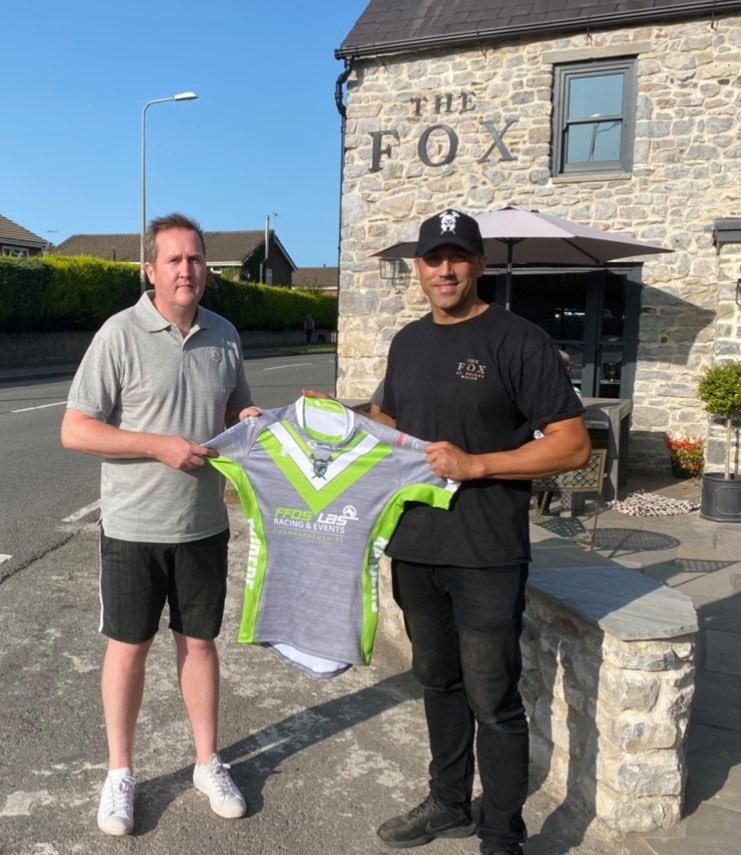 The former Ospreys and Dragons player has signed for Betfred League 1 club West Wales Raiders and will be eligible to play in the 2021 Rugby League World Cup.

Although he will be 39 by the time he pulls on a Raiders jersey, Kear believes the signing is something of a coup for the Llanelli-based club, who finished bottom of League 1 in 2019 with just one win from their 20 matches.

“I think it’s a massive signing for a League 1 club,” Kear said. “His name alone will generate publicity aplenty in Wales.

“Should he play, he’ll attract a crowd as well for I know from being in and around Wales that he’s absolutely looked upon with God-like status.”

Henson, who won 34 caps for Wales, was released by the Dragons at the end of last season but never announced his retirement and Raiders spokesman Andrew Thorne insists the signing is no publicity stunt.

“It was never intended as a publicity stunt,” he said. “We were just picking his brains initially but now he’s itching to get on the pitch. He’s a proud Welshman and he wants all Wales teams to do well.

“It’s come at the right time for all of us. One of his biggest regrets is that he didn’t give rugby league a go and he’s such a high-profile individual that he’ll be a catalyst for other people to join us.”

Henson was in the Wales team that completed the Six Nations Grand Slam in 2005 and 2008 and went on the British and Irish Lions tour to New Zealand in 2005 but has never appeared at a World Cup.

That could change when England host the Rugby League World Cup next October and Kear says he will be closely following his progress.

“With my Wales hat on, I spoke to Gavin about 18 months ago but he needed to get a club and, if he’s playing very very well indeed, he would be considered,” Kear said.

“He admires the game but he’s obviously been out of contact and collision for a long time, that’s why I’m pleased he’s signed for a club.

“But he’d have to play well because we’ve got people like Bradman Best, Chester Butler, Rhodri Lloyd and Elliot Kear, so some good threequarters.

“I think it’s welcome for the game and obviously it’s one I’ll keep my eye on with interest.”

Wales Rugby League CEO Gareth Kear adds: “Playing rugby league has always been something Gavin Henson has wanted to do.

“John and I spoke to him last October about being part of our train-on squad with a view to giving him an opportunity to see how he would adapt to League. In the end it didn’t happen.

“On his day he was world class and is still a legend in Wales. However it’ll be interesting to see how he performs in League One. Gareth Thomas swapped codes at 36 but he went straight from union to League. Gavin will be 39 when the 2021 season starts and he’ll have had two years out of rugby by that time. He’ll also need to adapt to the increased fitness requirements needed in rugby league.

“But I’m sure he will attract some new fans and hopefully he can bring some flair, a few 40-20s and some much needed wins for the Raiders.”