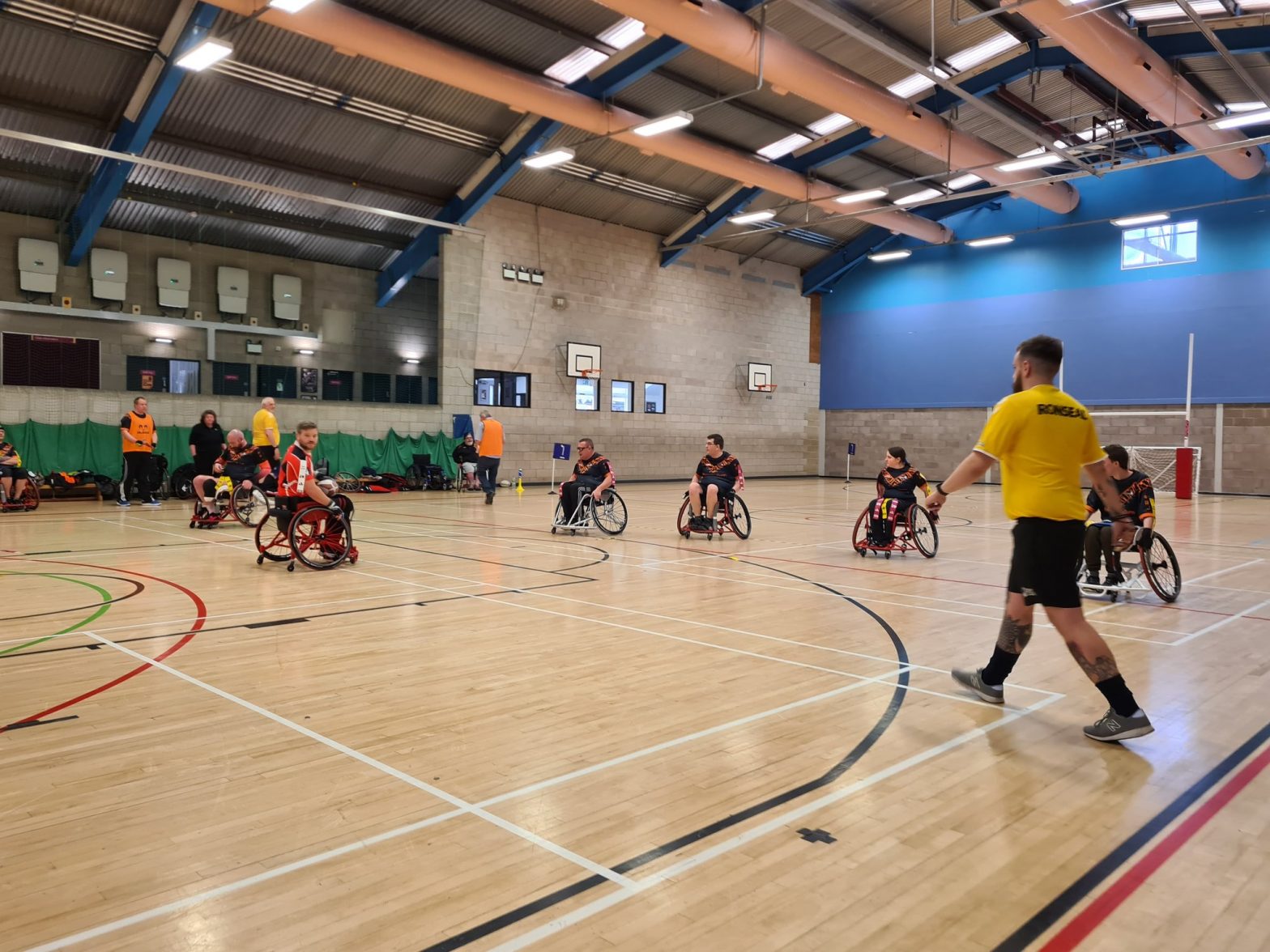 Saturday saw Torfaen Tigers take to the court for the first time this season as they faced off against reigning Wheelchair Rugby League Championship Champions, Hereford Harriers. With Harriers fielding five current members of the Welsh train-on squad, they managed to secure themselves an 84-16 victory. Wales’ most capped player, Alan Caron crossed the whitewash for four tries, whilst father and son duo, Jason and Jamie Reynolds also got on the scoreboard with Jamie scoring four tries with Jason crossing for one. Mark Williams, on dual-registration from Wigan Warriors, made his first of two appearances of the weekend when he featured for Hereford, managing two tries and a solitary conversion, Hereford captain and Wales international, Gary Preece secured himself a personal total of 36 points by getting four tries and 10 conversions.

Also in the Wheelchair Championship, Saturday also saw, North Wales Crusaders ‘A’ take on highly experienced, Bradford Bulls in their last outing of the regular season, the Crusaders started the game strong with an early try but sadly fell short in a highly competitive game, losing 52-26 to the Yorkshire outfit.

On Sunday, Halifax Panthers maintained their unbeaten start with a win at North Wales Crusaders in the Wheelchair Super League, their fourth of the campaign, 50-86 in an entertaining clash. The Crusaders team, primarily made up of Welsh internationals saw Stuart Williams, current Welsh captain, in magnificent form for Crusaders with five tries. Scott Trigg-Turner secured himself a personal points tally of 26 as he secured three tries and seven conversions. Internationals Mason Baker, Ricki Davies and Harry Jones also featured for the Crusaders.

Also in Wheelchair Super League, Wigan and Leeds shared the spoils in a sensational encounter at Robin Park, which was also shown on the big screen at the DW Stadium before Wigan’s Betfred Super League match with Salford. A late score saw the hosts claim a 62-all draw in a thrilling match that summed up the very best of Wheelchair Rugby League. Welsh international, Jodie Boyd-Ward secured herself a hat-trick of tries for Leeds. Mark Williams turned out for Wigan.

In the men’s Super League match that following the Wheelchair encounter, Rhys Williams was on the wing for Salford City Reds in their dramatic 30-24 loss to Wigan Warriors, in a match shown live on Channel 4, whilst in the NRL, Bradman Best and Tyson Frizell both started for Newcastle Knights as they lost 39-2 at home to Parramatta Eels.

📺 Take a look at @calebaekins here! There will be steam coming off of this man’s boots for sure!#Leythers 🔴 pic.twitter.com/06AkLGI2bz

In the RFL Championship, Leigh Centurions kept up the pressure on league leaders Featherstone Rovers by beating London Broncos 64-0. Caleb Aekins scored a try for the winning side with Luis Roberts appearing from the bench. Dalton Grant started at centre for London. Also on Sunday’s games, Matty Fozard and Lewis Hulme were both in the Widnes Vikings side as they lost 38-10 at home to Batley Bulldogs, whilst Will Evans appeared for Whitehaven as they lost 30-12 at York City Knights. On the Monday night match, that was shown live on Premier Sports, former Wales captain Craig Kopczak helped Rovers remain at the top as they beat Bradford Bulls 32-18 at Odsal. Elliot Kear and Ben Evans appeared for Bradford.

Finally for this week, in League 1, Gavin Bennion scored a try for Rochdale Hornets in their 56-22 win at London Skolars, and Sam Bowring was in action for Midlands Hurricanes in their narrow 22-18 loss at North Wales Crusaders.