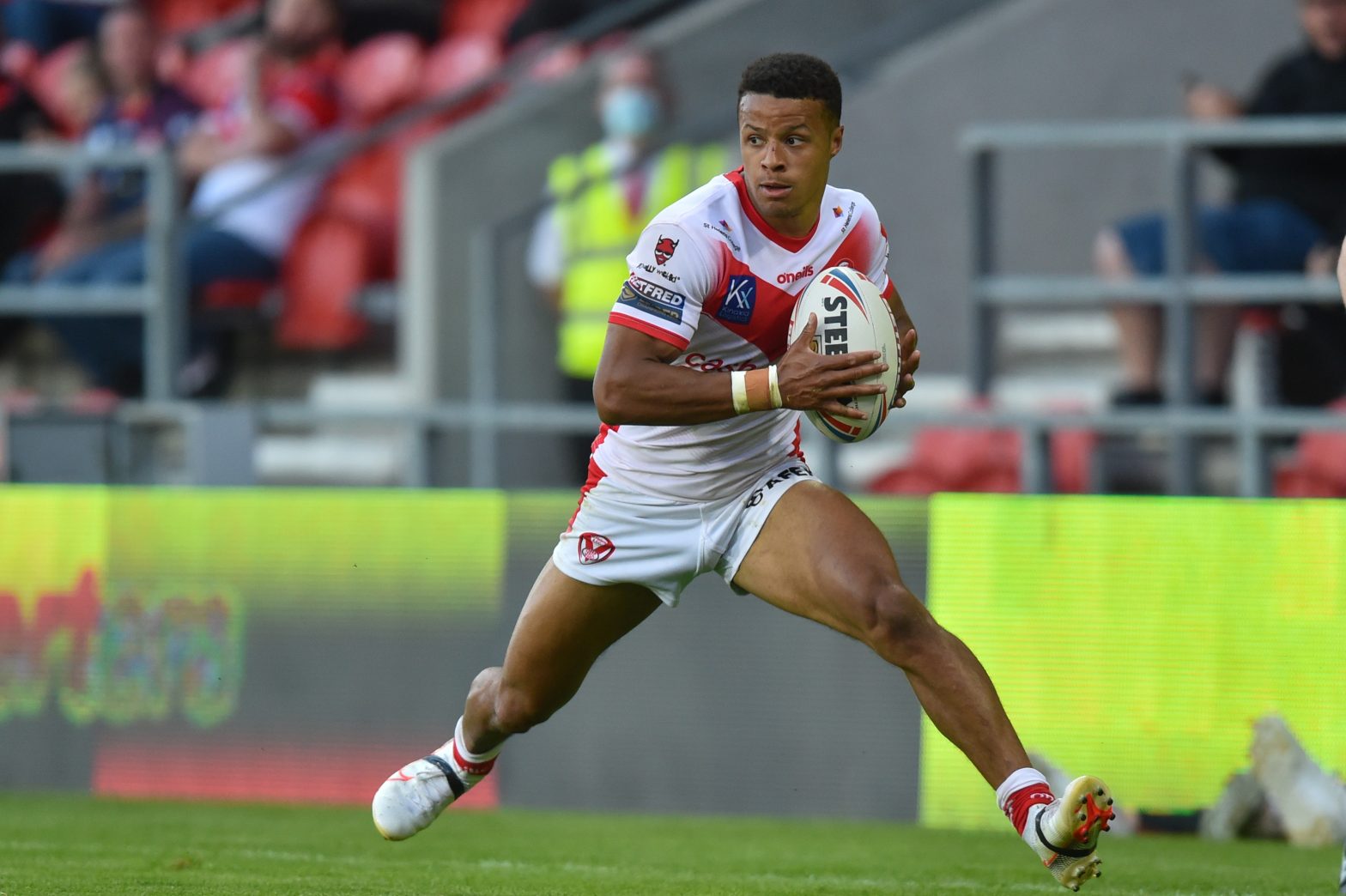 We take a look at how Wales internationals are getting on with their clubs in the latest edition of Gwylio’r Cymry.

In Super League, Regan Grace was on the wing for St Helens in their 6-2 defeat to Warrington Wolves, making 70 metres from 14 carries. Former international Morgan Knowles also starred for Saints, completing 38 tackles during the match.

In the Championship, former Wales captain Craig Kopczak featured for Featherstone Rovers in their 68-24 win at Dewsbury Rams.

Matt James was in Sheffield Eagles’ line-up for their 30-20 loss at Widnes Vikings.

Mike Butt and Rhodri Lloyd both had run-outs for Swinton Lions as they were beaten 34-4 at home by Halifax Panthers. Luis Roberts, who is part of John Kear’s train-on squad, was also on the wing for the Lions.

In League 1, Elliott Jenkins, Rob Massam and Ben Morris all featured for North Wales Crusaders in their 60-10 success at West Wales Raiders, with Massam bagging a hat-trick in a man-of-the-match performance. Dai Evans, scoring two, Morgan Evans, Ashley Bateman and Joe Burke starred for the Raiders, with many others featuring for Wales below senior level.

Calvin Wellington was at centre for Workington Town in their 34-28 victory over Rochdale Hornets.

Sion Jones was an interchange for Hunslet in their 18-18 draw with Doncaster.

Over in Australia, Daniel Brown, who has been in the frame for a Wales call-up in the past, was at fullback for Saints in their 34-18 win over Silktails in the Ron Massey Cup.

In wheelchair rugby league, Jodie Boyd-Ward scored a try and had one disallowed for Leeds Rhinos in their Super League victories over Hull FC and Leyland Warriors.

In the Championship, Alan Caron got five tries and Andrew Higgins bagged four, along with ten goals or conversions, for Hereford Harriers in their 68-10 success over North Wales Crusaders Celts.

Jason Reynolds scored a try, with Jamie Reynolds bagging one try and two conversions, for West Wales in their 48-16 defeat to Warrington Wolves.