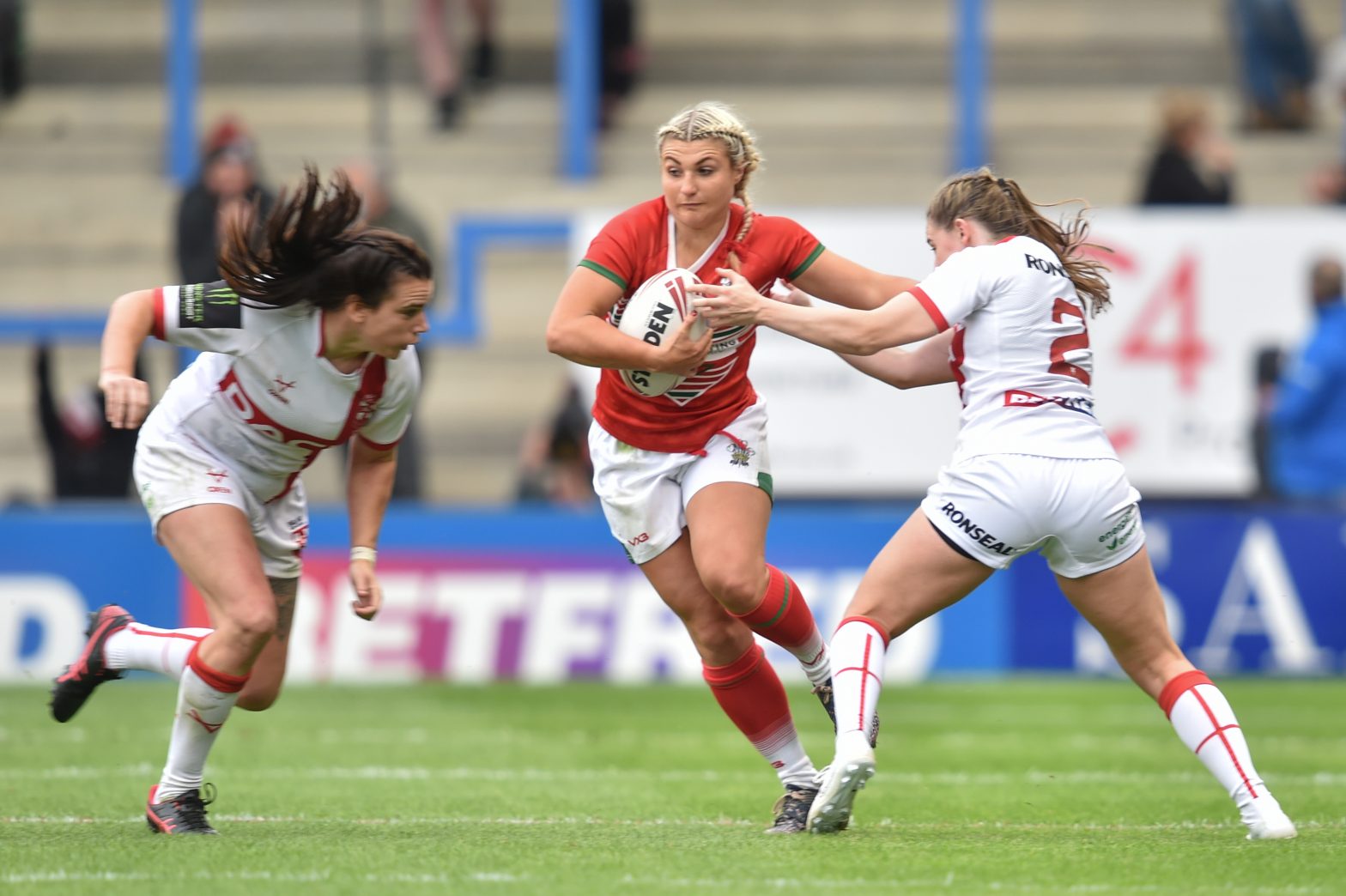 Wales’ women’s team put in a valiant effort in their first-ever test match, losing out 60-0 to a well-drilled and experienced England.

Despite having a number of players who were playing rugby league for the first time, Wales never gave up and can be proud of their efforts.

Apart from a 20-minute spell before half-time where England racked up 30 points with some scintillating play, Wales held their own for large parts, defended astutely and will no doubt be better for the experience of playing against one of the strongest sides in the world.

England took the lead in the opening stages when Carrie Roberts squeezed over in the right corner.

However, the response from Wales was positive and they came close on a couple of occasions.

As the visitors shifted the ball well to the left flank, Lowri Norkett looked for a way over, but the home defence scrambled well and managed to stop her short of the line.

Eleri Michael then intercepted an England attack and broke upfield but, once again, England tracked back and halted the inroads Wales were starting to make.

As England began to turn on the style, Tara Jones profited from an error near Wales’ line to cross underneath the sticks.

Jodie Cunningham and Shona Hoyle then showed too much strength near the line to cross for tries in quick succession.

After Fran Goldthorp dived over in the right corner, England grabbed their best try of the first-half through Georgia Roche, who profited from an excellent break by Chantelle Crow.

The hosts thought they’d added another shortly before half-time, but Roberts stepped into touch as she attempted to ground in the right corner.

England started the second-half as they’d finished the first, with Emily Rudge making the most of some expansive play to cross underneath the sticks.

A fantastic looping pass to the left flank then put Caitlin Beevers over in the left corner.

Despite England having plenty of field position in the next 20 minutes, Wales managed to keep them out, but Georgia Wilson did add another as she made the most of a nice cut-out pass to the left wing.

Rudge got her second of the evening as she broke Wales’ line and there was nothing to stop her from close range.

After the visitors went close on a number of occasions with their first decent spell of field position for a while, England rounded off the scoring on the full-time hooter through Hollie Dodd, who crashed over underneath the sticks.

Referee: Aaron Moore
HT: 34-0
Wales MOTM: Shaunni Davies – the skipper simply didn’t stop and could be seen all over the park trying to shut down England.