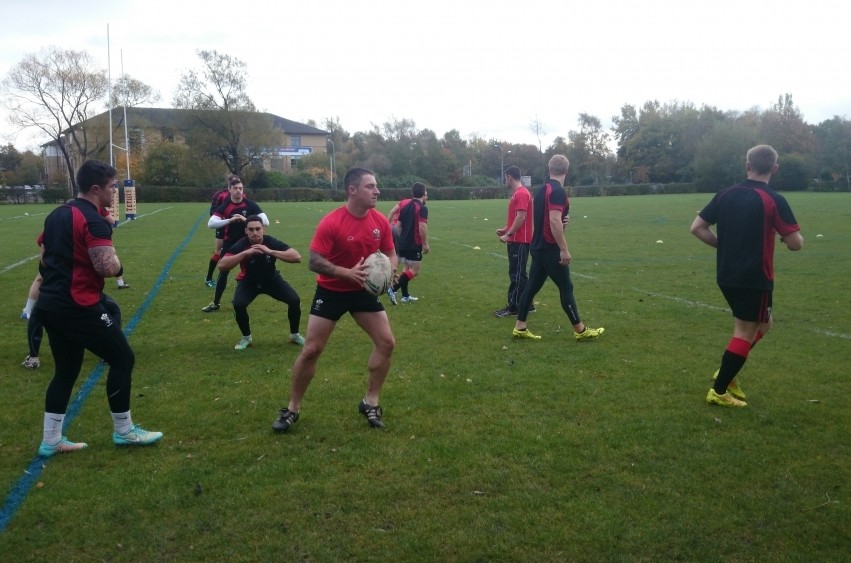 Wales Rugby League’s 500th capped player will either come from South Wales Scorpions or North Wales Crusaders when the Welsh take on France in Albi this Saturday in the European Championship (kick-off 3pm CET).

Wales head coach John Kear has confirmed that the team, which will be announced in full on Saturday morning, will definitely contain four new caps.

Barrow Raiders’ former Scorpion Dalton Grant will start on the wing making him player number 498 while St Helens’ forward Matty Fozard will start in the forward line and be player 499.

It will be between Scorpions’ Paul Emanuelli and Crusaders’ Owain Griffiths to determine who is player number 500. The first to be brought on the field during the France game will claim that figure.

For the 30-year old Emanuelli, it’s been a fast paced journey from community Rugby League to potential full international cap. Just 14 months ago he was playing the Grand Final of the South Wales Conference with Valley Cougars.

Emanuelli said: “It’s been a great 18 months for me. Firstly Mike Grady gave me opportunity in 2013 to Captain and assist him with the coaching for Wales Dragonhearts.

“From there I was asked by Mike to become his assistant coach at South Wales Scorpions but I then ended up training and playing 20 out of the 21 games and getting this Wales call-up.

“Playing League this last year in Championship One and being given the chance with Wales has really put a spring in my step and hopefully I’ll continue to learn and improve under Mike and John.”

Owain Griffiths joins his brother Rhys, who is the new national side’s physiotherapist, in the squad. The sons of former Crusaders and Wales coach Clive Griffiths, Rhys is a former Wales international himself having won three caps between 2008 and 2009 before switching from playing to physiotherapy.

Owain has been playing for the Wrexham-based side since their rebirth as North Wales Crusaders and he’s delighted to finally be in the Welsh squad and is ready to make his debut.

“It’ll mean everything to me to get my first Welsh cap,” he said. “Rhys has done it in the past so I can’t wait to do that myself.

“My dad has coached me both at Crusaders and Wales students and I grew up with his coaching and I’m grateful for that.

“To be on as player number 500, if that happens, will be something special, but the aim now is to get the win against France and to be in the hunt for the trophy.”