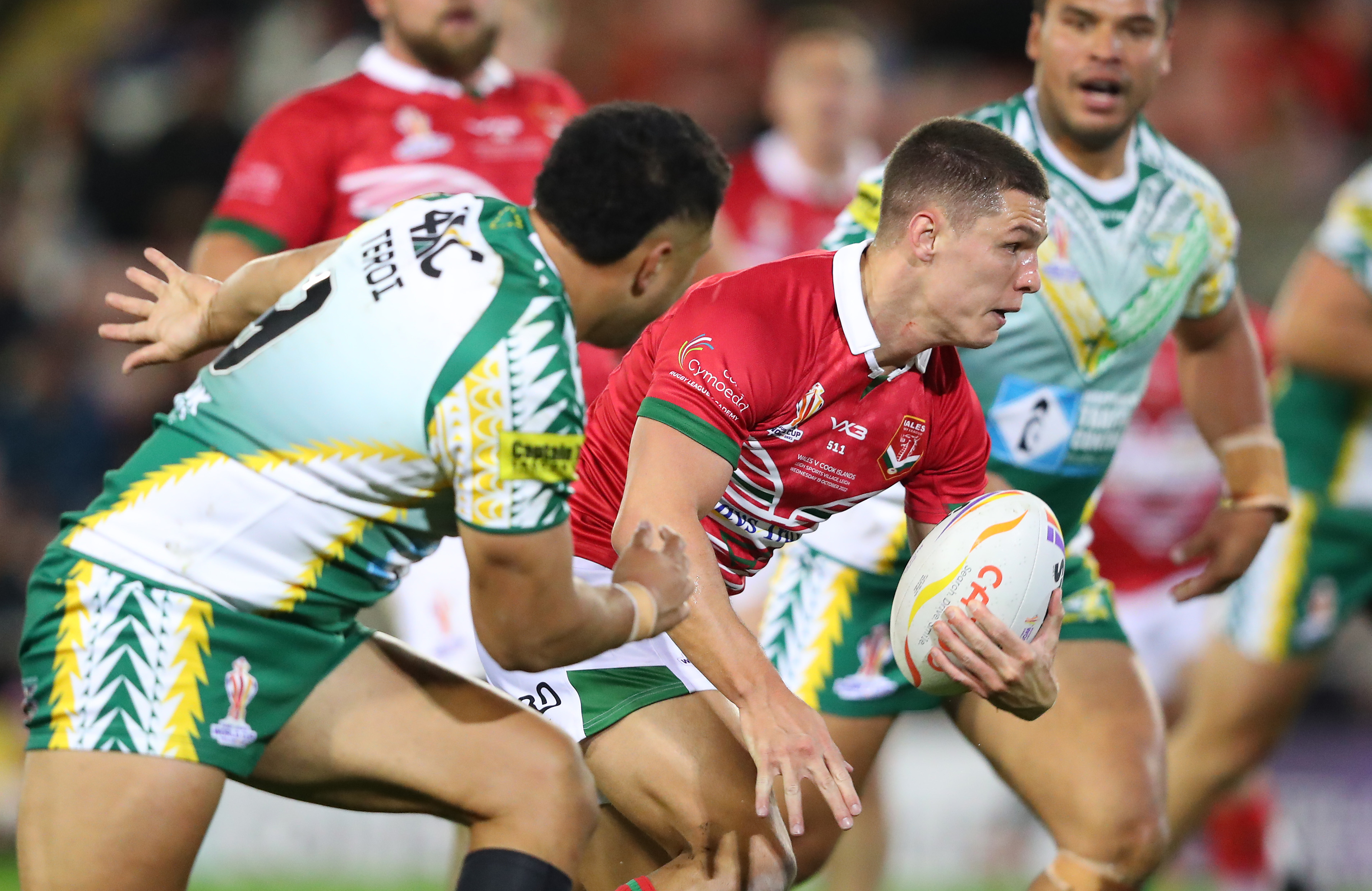 Wales fell to an 18-12 defeat in their first game of this year’s men’s Rugby League World Cup, but could have clinched a draw at the very end after a Rhodri Lloyd interception set up a final set of six that nearly resulted in a potential leveller.

It was an outstanding performance from the Welsh, arguably the best they’ve played in a World Cup match since the 2000 semi-final, and were really unfortunate not to go home with a share of the spoils.

After an even opening ten minutes, Wales were the first of the sides to spend time close to the opposition line, forcing two goal line drop outs. On 13 minutes that pressure told as Lloyd got onto the end of Josh Ralph’s grubber kick to open the scoring.

The Cook Islands threatened to respond five minutes later, having three successive sets on the Wales line. Moeroa thought he had scored and referee Robert Hicks agreed when sending it up to the video referee. But upon closer inspection, Fozard had done enough to force the ball loose.

Four minutes later and there was no reprieve. Esan Marsters spotted space around the ruck and raced through the middle of the field on halfway, with Anthony Gelling on his shoulder to run in from 20 metres.

Wales responded to retake the lead, with Ollie Olds throwing a dummy ten metres from the line and jinking his way to score. Fozard converted both Wales tries to give John Kear’s men a 12-6 lead on 27 minutes.

The video referee again ruled in Wales’ favour a couple of minutes before half-time after more heroic defence. But the Cook Islands did reduce their arrears before the break with a penalty for offside.

There was little to split the sides in the opening exhanges of the second half, and it wasn’t until 57 minutes that the score board changes. Davvy Moale had too much power for the Welsh defence, bumping away two before crashing over. Steve Marsters converted and gave Cook Islands the lead for the first time in the match.

It was a lead he extended further within minutes. Takairangi lofted a kick to the right corner which Steve Marsters claimed above his head, before spinning away from the tackle to touch down in the corner.

Wales had the chance to attempt to draw level as they pounded the Cooks’ line in the final few seconds following Lloyd’s interception. Josh Ralph was held centimetres away from the line and Caleb Aekins couldn’t find a way to the whitewash just before the hooter went.