Wales will kick off the first ever Physical Disability Rugby League (PDRL) World Cup this Sunday when they take on New Zealand at Victoria Park in Warrington (kick-off 2pm).

The PDRL World Cup is an exhibition event, which is being held during this year’s showpiece tournament – The Rugby League World Cup 2021.

The four-team tournament will be hosted in Warrington and starts on Sunday 23rd October and will be a festival of exciting and competitive international PDRL.

The PDRL World Cup comprises teams from four nations who will take part in a mini-tournament format – England, New Zealand, Australia and Wales are all set to compete for the first ever PDRL World Cup title. PDRL is an adapted version of rugby league aimed at facilitating those with physical disabilities the opportunity to play.

Wales coaches Craig Fisher and Neil Lynch are confident that the Welsh team will compete well in this fast-paced 9-a-side version of the game.

Fisher said: “Never underestimate an underdog, and after some tough training sessions in the last 12 months, the Welsh team are ready for their first PDRL international ever against New Zealand on Sunday.

“We’re delighted to announce that Ben Lewis will be our first ever captain and Morgan Jones will be vice-captain.

“If you’re in the area on Sunday, we’d be delighted if you’d come and support us.”

The squad numbers for the Wales side have now been confirmed. All players will take part in all games if fit to do so. 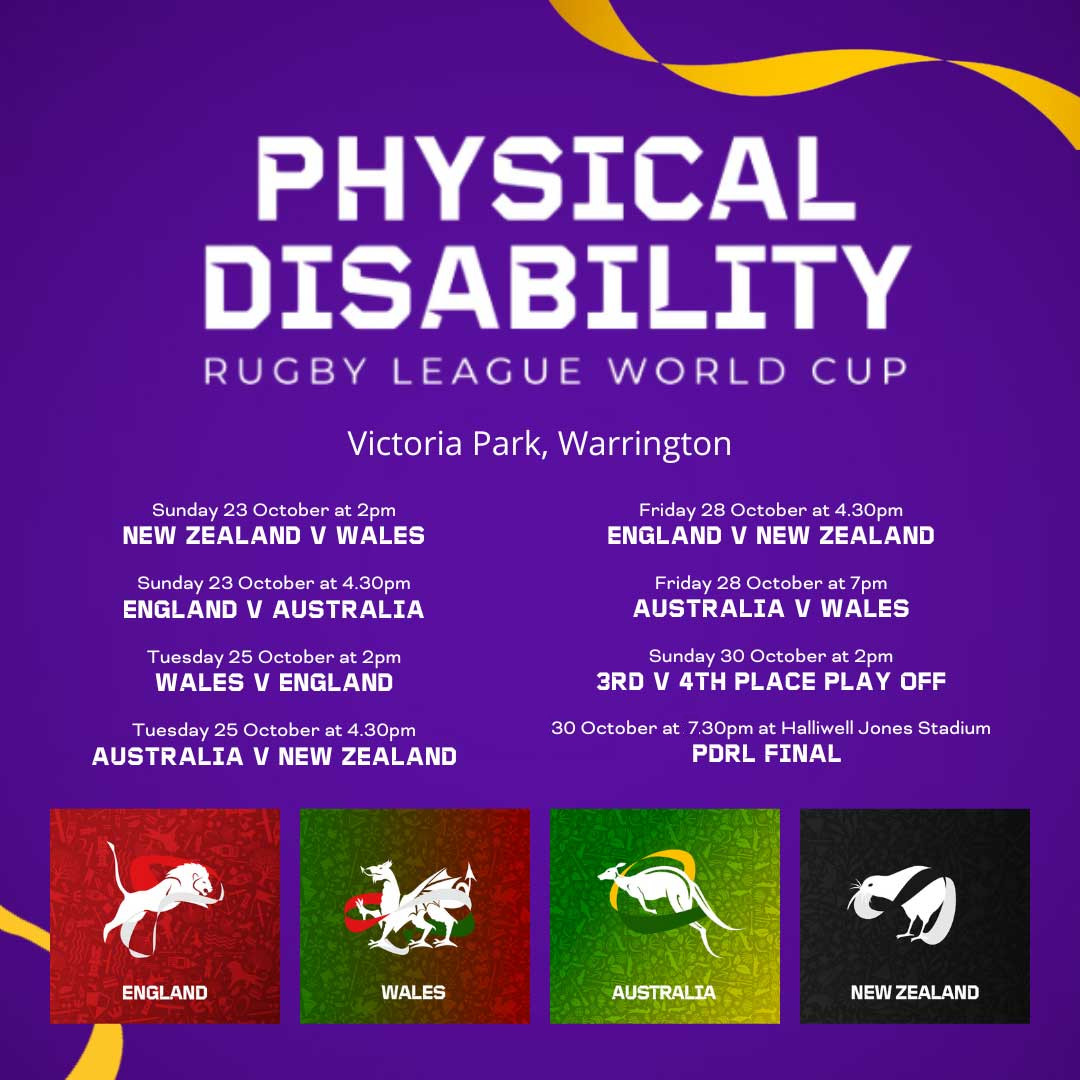