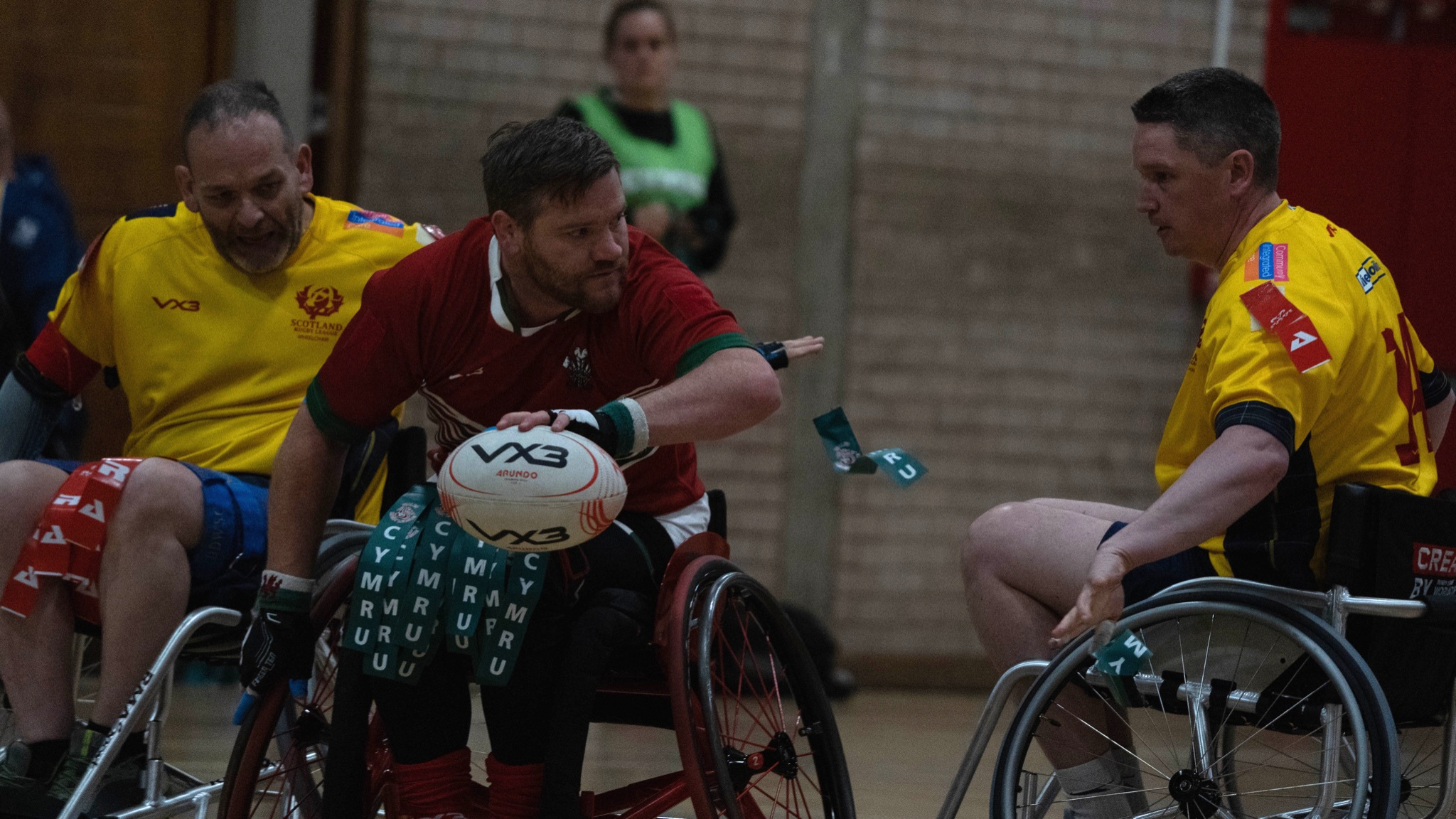 Just Lucie Roberts is unavailable for the clash against the Wheelaroos. She will join the rest of the squad next week when they go into camp to prepare for their encounter with World Champions France next Friday.

This will be the fourth time that Wales and Australia have met at this level. Wales won both matches when they faced twice in the 2013 World Cup and the Wheelaroos were victorious in their sole game in the 2017 competition.

Jones said: “It will be a good to see how our squad stands up to the Australian team, who we haven’t played since the 2017 World Cup

“It’s going to be a very tough game for us but with Andrew back from America, and Martin, Gary and Alan all also available, it is a very strong and experienced squad we are putting out. We are looking to set a high benchmark for ourselves in our final warm-up game before we head to camp in Sheffield two days later.

“It also marks a milestone for us as a team with it being the first International game we will play in our capital city of Cardiff. It is also going to be a special game for Martin Lane as not only does he live in Cardiff but also works at the venue we’re playing at. This game will also see Martin lead the Welsh team out as captain for the first time.

“Australia are a country everyone goes out to beat whatever the side. You only have to look at the NRL week in week out and the Wheelaroos have been doing some good stuff over there. It’s a game we’re all looking forward to.”

Australia comprehensively defeated the British Army in Medway on Wednesday in their first game since landing from down under.

Australia head coach, Brett Clark, said: “I’m really looking forward to playing Wales in Cardiff and I’m sure the Aussie and Welsh spirit will be on full display there. These are the type of international fixtures as a coach you want for your team ahead of any tournament and it will be the first time since the 2017 World Cup opener that our two nations have played each other, both squads are much different, the game keeps changing, players skills are improving, it’s going to be an exciting couple of matches.”

The Wheelaroos will rely on the experience of players such as Pete Arbuckle, player of the match award in the 2022 State of Origin fixture, whilst Brad Grove and Craig Cannane are set to appear at their third World Cup.

Admission to Saturday’s international is free of charge.