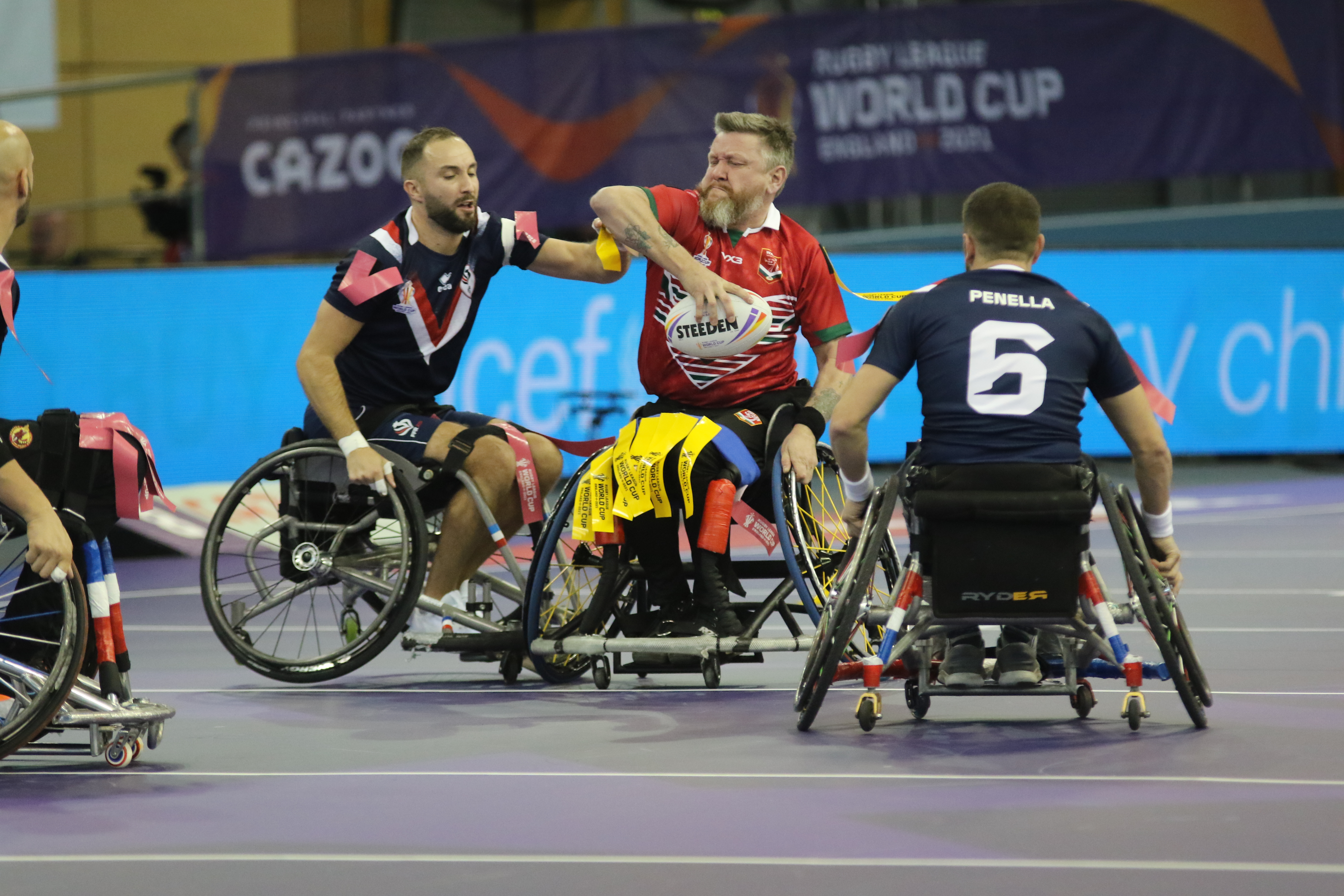 The Wales Rugby League Wheelchair international side’s tour to Brazil has been pushed back until September 2023.

Last year’s World Cup semi-finalists were due to tour the South American nation next month, however, following requests from the host nation, this has been pushed back until autumn.

The tour has been moved to coincide with the South American Championships, which will see Brazil men’s first and second team, youth and women play a series of fixtures against neighboring nations, including Argentina and Paraguay.

Wales will collaborate in a number of training sessions, including coach and match official education with the hosts, as well as some preparation of their own ahead of a three-game test series with Brazil.

These matches will be for the inaugural ‘Crusaders Cup’, named after Welsh side North Wales Crusaders following their generous donation of more than 30 wheelchair playing shirts to assist the sport in its early stages within South America’s biggest country.

Brazil Rugby League COO, Hugo Fróes said: “It will be a great festival, the first that will feature all categories of the sport, male, female, youth and newcomer on the continent, wheelchair.

“It will be the biggest event ever held in Latin America and for the first time, Wheelchair Rugby League will be played in the continent, in addition to the first time that a European team comes to South America.

“By the end of this month, we hope to have all confirmations and information and the entire schedule will be announced, it will be a magical moment for Brasil and the sport.”

Wales international and tour organiser, Harry Jones said: “This is a huge opportunity, not only to boost the profile of each team and the sport, but to also showcase and highlight international collaboration.

“Though the tour has been moved, this is allowing both teams more time to prepare themselves, for Wales we have the Celtic Cup and the domestic season, whilst in Brazil, it allows them time to get their domestic competition up and running.

“By having the tour coincide with other events relating to the sport in the country, highlights that developing nations are still capable of hosting more than one international tournament simultaneously.

“Having the next World Cup feature men’s, women’s, wheelchair and youth for the first time, this tour is the perfect opportunity to show that teams outside of the tier 1 and 2 nations are capable and have the amenities to host events of this size.”

“As more nations begin playing, our established nations have a duty to lend their support, expertise and resources to help nuture them to grow. I’m sure the tour will be an amazing experience as well as being so important for the growth of Wheelchair Rugby League in Brasil.”

The tour is in partnership with CSE, the official travel agents of the tour, but the team are on the lookout for sponsors for the tour. If you’re interested in sponsoring the team or the tour please contact harry.jones@walesrugbyleague.co.uk.

News regarding team selection, fixtures and training dates are to follow in the coming months.

The 50th Wales Rugby League Wheelchair international match is now expected to be in this year’s Celtic Cup, which Wales are looking to win for a seventh successive time.