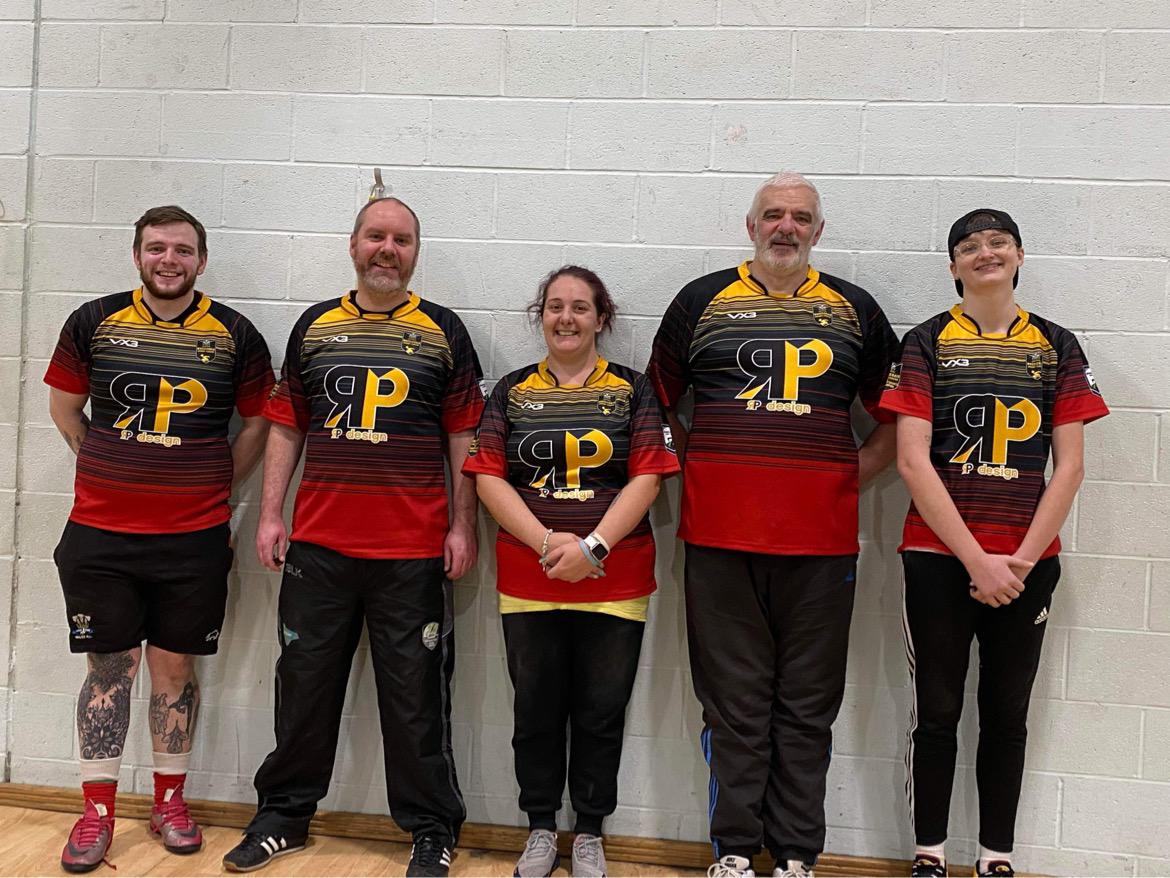 The game saw Warrington come out on top 36-21 in the highly contested game, with Harry Jones, also a Wales Wheelchair international with 33 caps under his belt, managing to bag 11 of his team’s points.

Both Redmond and Abel were selected to be a part of the 2021 World Cup officiating squad, the tournament now taking place in 2022.

Stephen Jones, who is also the Wales Wheelchair Head Coach and Disability Development Officer, said: “It was a great honour and a lot of fun to be asked to play in the recent referee vs players game at Warrington. To play on the same team as the other three Welsh referees, Harry, Kim and Lucy, was a great experience with us four making up the bulk of the team. To only lose by such a small margin to the 2021 league runners-up was a tremendous result for us. We now look forward to next season and another refs versus players game.”

For more information on how to get involved with playing or match officiating Wheelchair Rugby League in Wales, contact Stephen at stephen.jones@walesrugbyleague.co.uk or Alana Sargent, the Head of Wheelchair Match Officials: alana.sargent@rugbyleague.wales