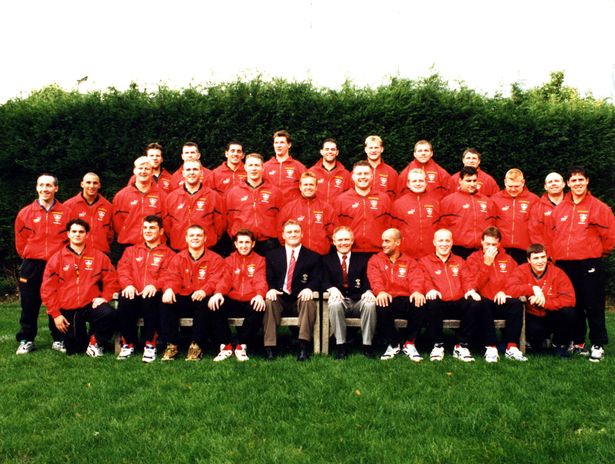 Envisaged as a celebration of rugby league football, the size of the competition was doubled, with four additional teams invited and Great Britain split into England and Wales for only the second time in the World Cup.

The tournament was acclaimed as a great success as fans still flocked to see newer rugby league nations such as Fiji, Tonga, Western Samoa and South Africa. Large home crowds for the group involving Wales proved particularly encouraging for the sport.

The final between Australia and England drew a crowd of 66,540 to Wembley Stadium. Australia won the tournament, their eighth World Cup win and fifth in succession. A £10,000 trophy was made by Tiffanys to celebrate the centenary of the game.

WALES SQUAD – Click on the surnames for a player profile. When viewing on a mobile phone, it’s best to view in landscape mode. All data below just refers to the 1995 World Cup.