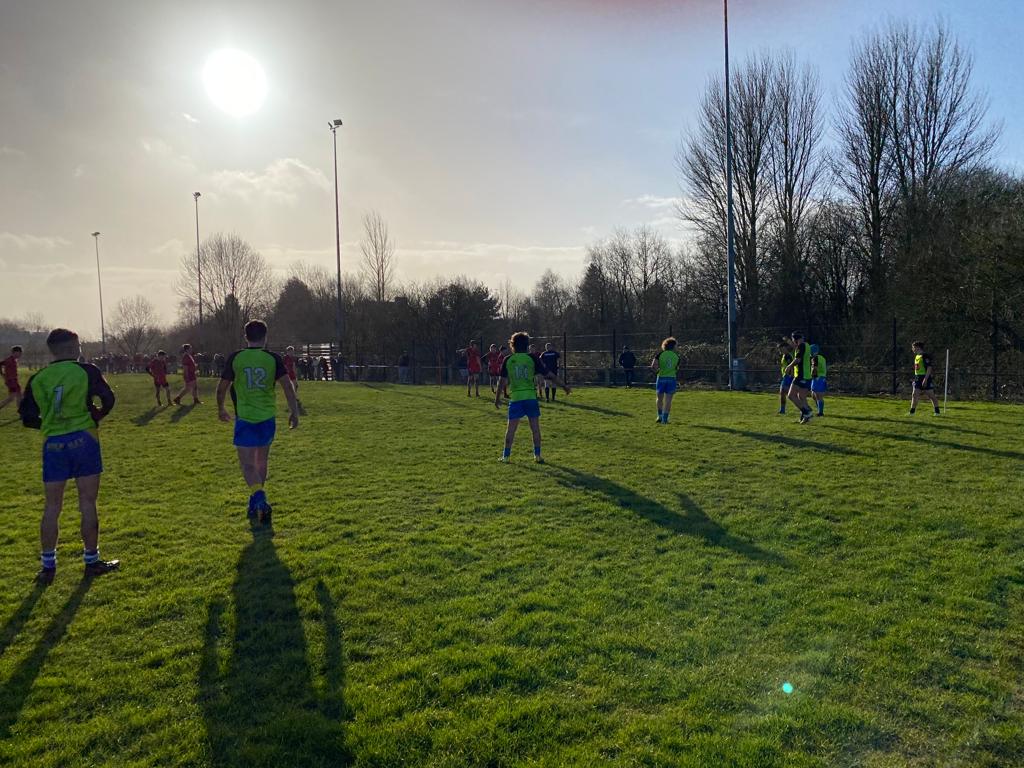 Wales Rugby League, in association with Coleg y Cymoedd, are staging East v West Boys Origin matches at U14 and U16 level at the Centre of Sporting Excellence in Ystrad Mynach on Saturday 12th February.

The matches kick-off at 11am and noon respectively.

It’s the culmination of a fantastic three months worth of coaching at both of those levels, plus U18, that have taken place in Ystrad Mynach and Bridgend.

Before Christmas, the two hubs remained separate, before all players got together for the first time in early January.

In the first game, East Wales ran out 10-0 winners over the Salford Red side, excelling in attack and defence. Halfway through the first half following some evasive running from hooker Dafydd Morgan, East Wales found space out wide with centre Ethan Patterson touching down for the first points of the game. With just a 4-0 lead at the break, the match was sealed with just five minutes remaining when some great play in the middle of the park led to Zak Williams touching down under the posts, with Ethan Patterson converting. 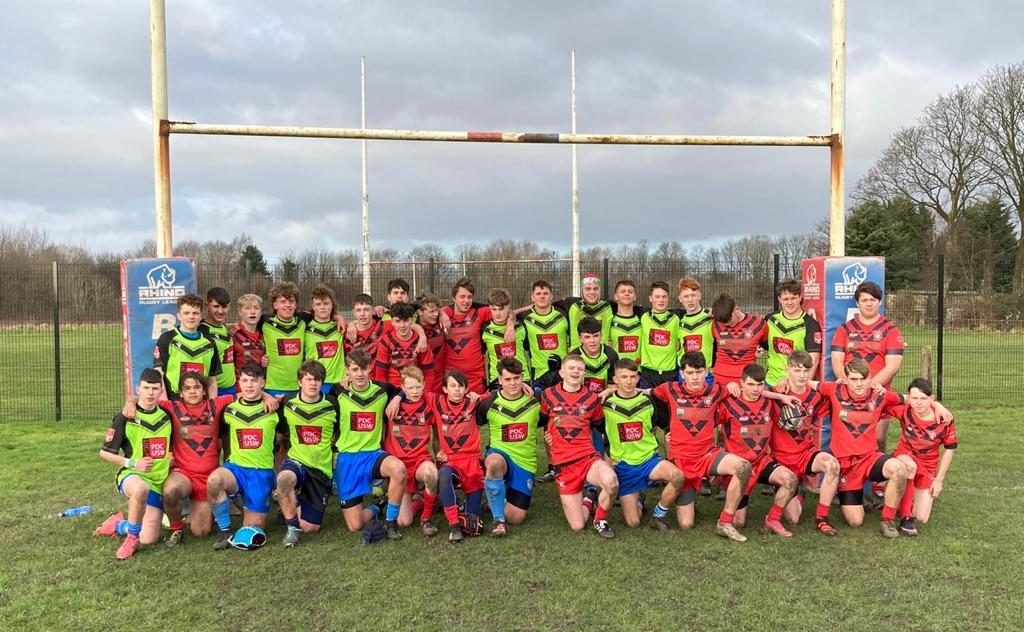 In the second game, West Wales went down fighting, losing 20-14 to a strong Salford Black side. Peter Richmond scored a try and kicked a goal for West Wales, with Corrie Westermack and Troy Shearon also touching down. Jimmy Shields scored a try and two goals for Salford, with Rylie Smith, Frank Sergent and Joshua Bentley-Hughes scoring the remaining tries to clinch their win. 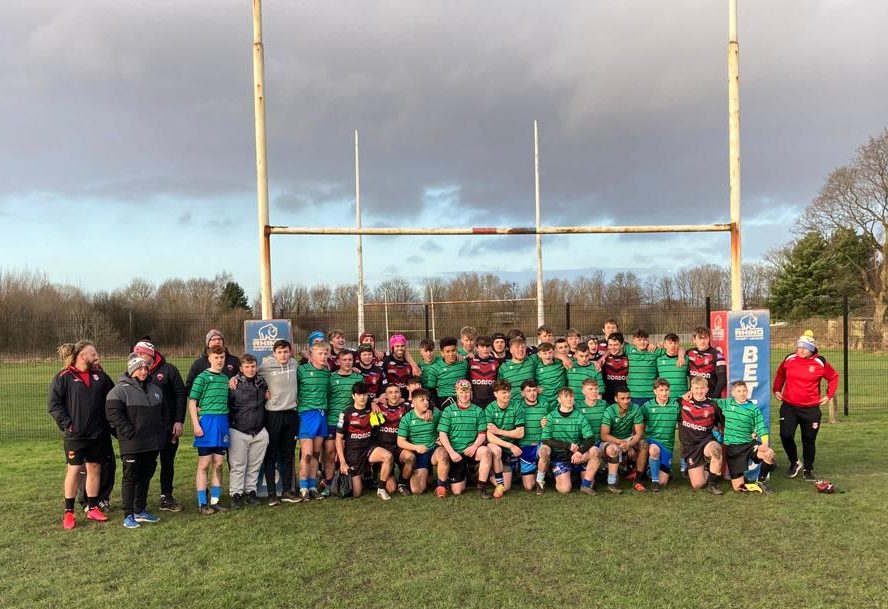 Wayne Ponting, the Head of the Origin Programme, said: “The first eight-week block of the regional development performance centres have gone really well, participation numbers across all age groups have been promising and exceeded expectations. The skill levels of the players are of a good standard and have been improving as the sessions progress.

“It’s given the players a chance to develop their knowledge and understanding of rugby league whilst attending the programme, everyone was excited by the Salford occasion and rightly so, but the focus now is on the first junior origin games – East v West.”

Mark Jones, the WRL National Development Academy head coach at Coleg Y Cymoedd said: “The Origin programme has been a huge success with 100+ boys and 50+ girls attending regular sessions. We hope that many of these girls and boys now transition on to the full-time Rugby League course at Coleg Y Cymoedd.”

The Origin 16s programme is a transition for the WRL National Development Academy based at Coleg Y Cymoedd. If you are interested in applying for the full-time course for 2022-23, please go to https://www.cymoedd.ac.uk/course-detail/level-3-sport-rugby-league/?course_id=08F302YB 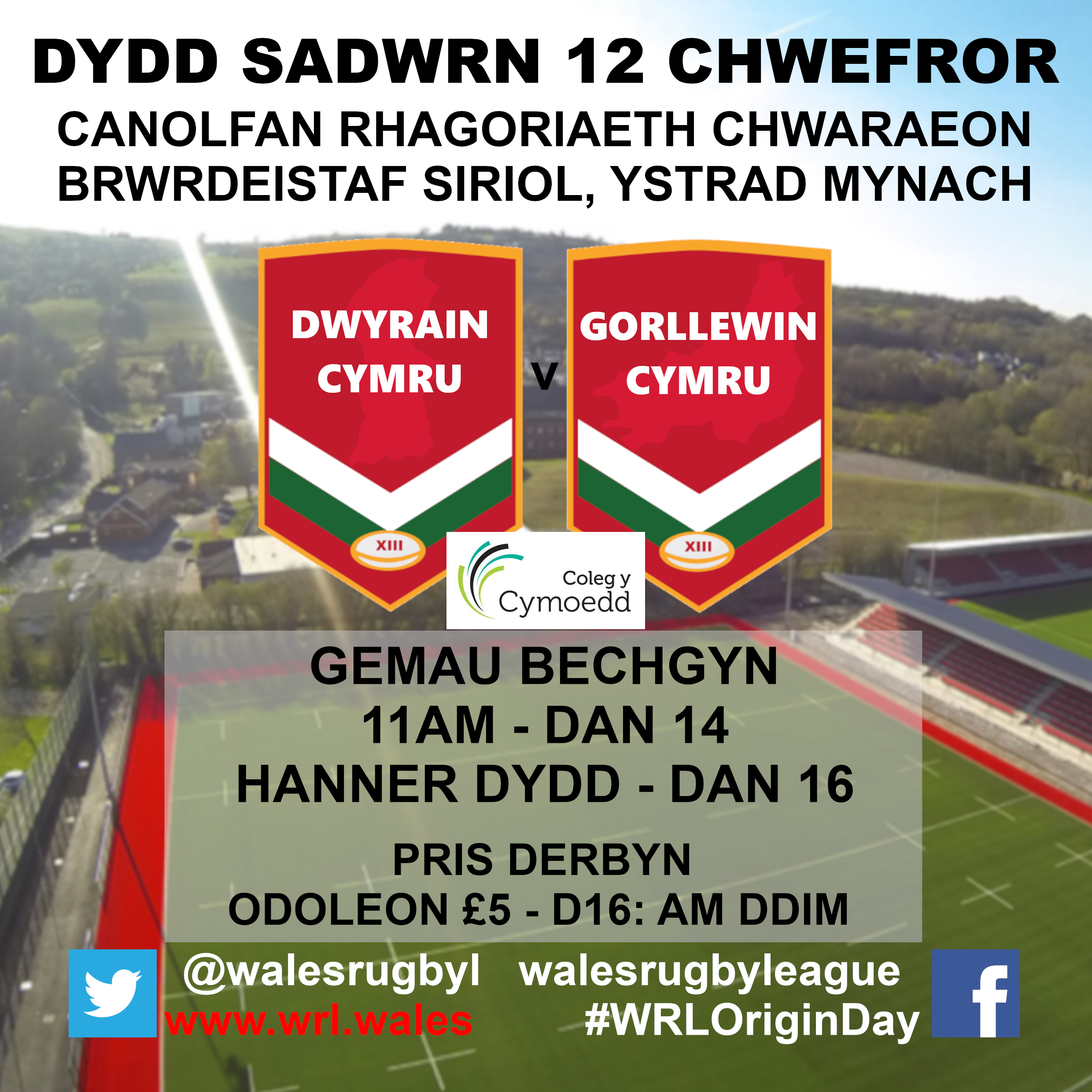 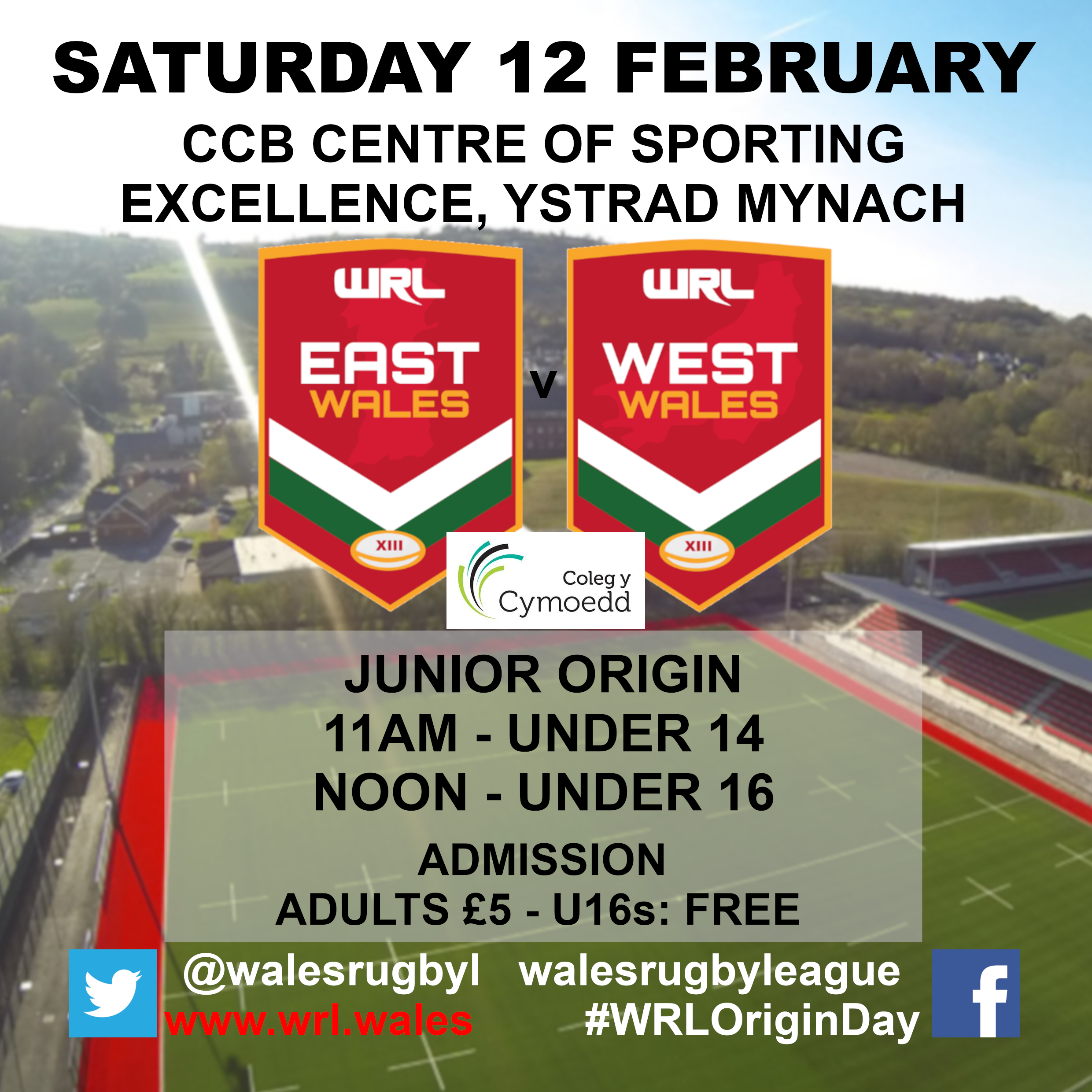