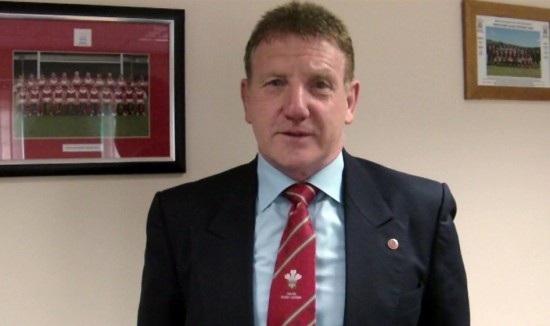 In his club career, he played for Wakefield Trinity, Wigan, Halifax and Castleford after starting out in rugby union playing for Mountain Ash, Newport and Pontypridd, scoring 101 tries for the latter before moving north.

Newly retired after a business career in retail, hospitality and property development, Juliff now lives in London, where his extended family is based.

“I had some great moments in the game of Rugby League and some great memories of playing for Wales against teams like England and Australia,” said Juliff. “It’s great to see Wales Rugby League progressing so well and that’s what attracted to me to the role in the first place.

“I’ve always shown a big interest in the development of Rugby League in Wales, but I now have the time to help make a difference and there’s nothing I’d like better to be involved in than Wales Rugby League.

“We’ve a lot of willing bodies in this group who have worked so hard to develop the game to where it is now and we’ve a lot of progressive people on the board. I’m hoping that the contacts and friends I have in the game will be a bonus to the development of Rugby League in Wales.”

Wales Rugby League’s vice-chairman Caro Wild, who headed the committee that appointed Juliff says that the WRL board is delighted with the choice and that it was a unanimous decision to appoint him.

Wild said: “After a thorough and comprehensive search, we are delighted that Brian Juliff has been appointed as the new Chair of Wales Rugby League.

“This was a unanimous decision made by the board. We believe that Brian has the right qualities to lead the sport forward over the most exciting time in our history, and we are excited to be working with him.

“I would like to thank all of our members and stakeholders for their support and trust throughout these governance changes. I am sure you everyone involved in Wales Rugby League will get to meet Brian in due course, I know he is keen to get to know as many of you as possible.”

Interestingly Brian heard about the role after seeing it on the @Walesrugbyl newsfeed on Twitter, Brian can be followed on @Brianjuliff.