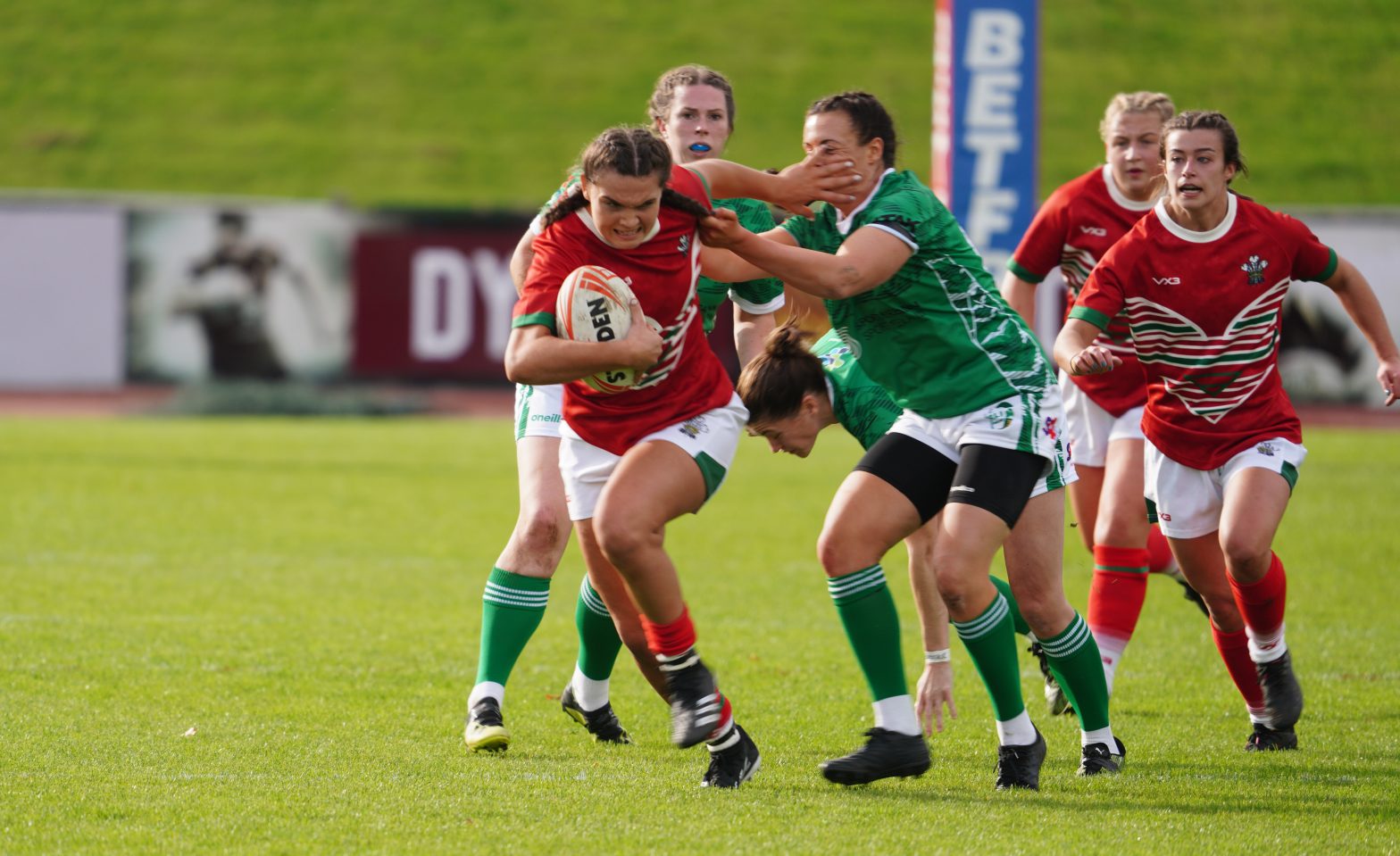 Bryonie King is set to become the youngest person to captain a Wales Rugby League open age “running rugby league” test side when she leads Wales Women out against England at Cross Keys this Sunday (kick-off 1pm).

The Merthyr Tydfil born player will be just 18 Years 9 Months and 29 Days old (6,877 days) on Sunday, beating the previous record set in 2009 by Ben Flower, who was just two days short of his 22nd birthday when he led Wales out against England in Bridgend.

Only Harry Jones, the Wales Wheelchair Rugby League international player, can beat King. He was just 18 Years 2 Months and 9 Days (6,645 days) old when he stood in as captain for a game against France in 2015.

King, who started off playing rugby union at eight years old for Abercynon, played for Cardiff Rugby at U18 level when aged just 15, and made her English Premier 15s debut for Gloucester-Hartpury when aged just 17. Also a Wales touch rugby international, she started playing rugby league last year at Rhondda Outlaws, before being selected for Cardiff Demons where she was part of their Super League South winning squad.

She was made Demons captain earlier this season and Wales head coach Tom Brindle has had no hesitation in emulating that for the Wales international side.

He said: “Since Bryonie came into the squad last autumn, she grown in each session. She’s above her years, she leads from the front and has been key to driving standards across the team.”

King was delighted to become Wales women’s fourth captain, following Rafiuke Taylor, Shaunni Davies and Ffion Lewis. She said: “I’m honoured and privileged to be selected as captain. It is an amazing opportunity for myself and my family. I can’t wait to show everyone how much we have improved and come forward since our last fixture against Ireland. We have grown so much as a squad and this is just a start of our journey.”

Tickets for Wales v England, priced at £5 for adults and free for children, can be bought by going to https://wrl.wales/tickets.