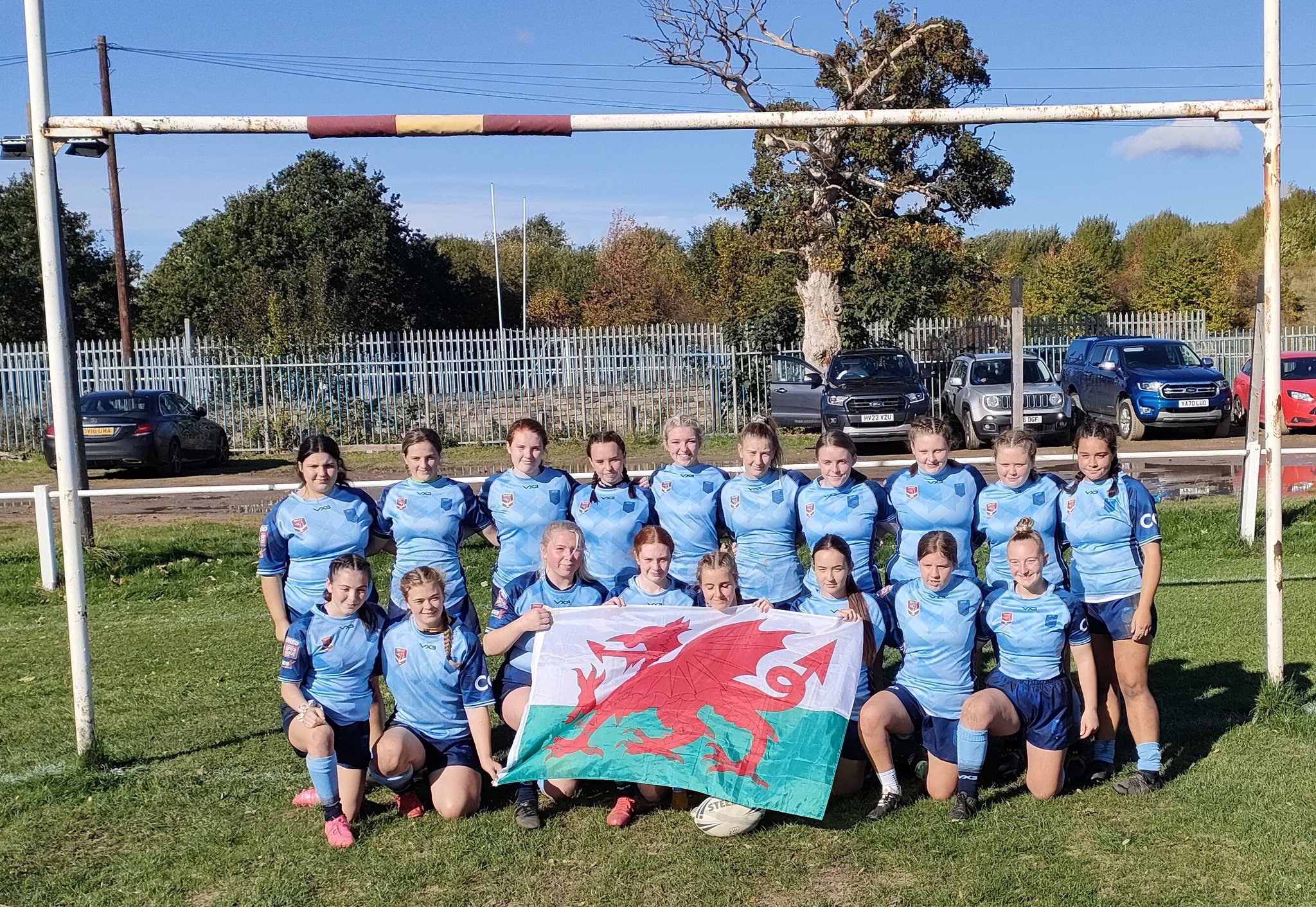 Tia Jones made history on Saturday at Dewsbury Moor as she scored the first ever Cardiff Demons Girls U16 try as they went down 36-4 to this year’s Heavy Woollen Cup winners.

The score came just three minutes from the end of the game in what was the first ever game for Cardiff at this level.

Head coach Wayne Ponting said: “The girls will carry on going, they’ll progress and will only get better from the experience. It was a cracking try from Tia and I think we should have scored one before that. Once we stuck to our shape and ran in numbers, we did well, so massive well done to the girls, but Dewsbury were a quality team from start to finish and they punished us in all the right areas.”

Cardiff got off to the worst possible start as a dropped ball from kick-off gave Dewsbury a set of six close to the try-line. They didn’t waste is as Ruby Bruce went over for the opening try. Ruby Walker missed the kick.

They soon doubled their lead. A good set of passes ended with Kaitlyn Morrisson Twibill scoring a try that again went unconverted.

Sienna Sharp went over for the third try on 11 minutes, the conversion attempt again went wide, but the hosts were 12-0 up.

On 17 minutes, Bruce dived in the corner for the fourth try, with still no conversion, kicking becoming tougher with the heavy wind.

Cardiff looked for a breakthrough but the Dewsbury defence was solid, Summer Thomas and Erin Griffiths each made good runs but to no avail, and the hosts were 16-0 up at half-time.

Dewsbury took just a minute to get on the scoreboard in the second half when Sienna Sharp dived over and Ruby Walker converted.

Midway through the second half, Morrisson Twibill scored her second try, which went unconverted, to put the score onto 26-0.

Charlotte McDaid went over from kick-off for their next try with Walker converting.

Then with just three minutes remaining on the clock, Cardiff got on the board with a 20 metre run from Tia Jones.

However the last say went to Dewsbury as Ruby Walker scored in the corner.