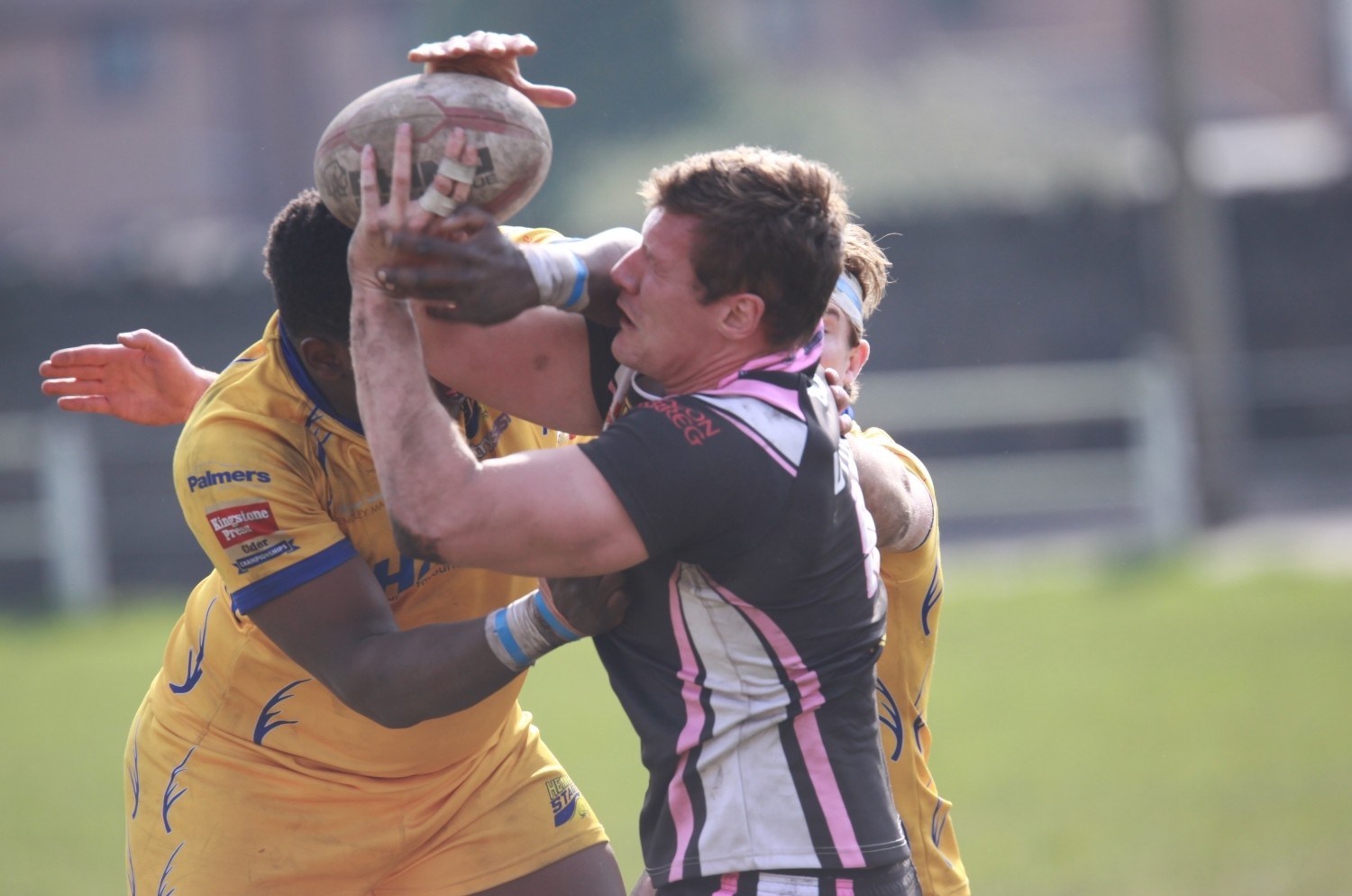 Hemel Stags defeated the Scorpions in Maesteg for the second time in 15 days after lack of concentration cost the home side on a number of occasions.

It was disappointing for the home side as they started the game well, creating opportunities and looking like a different outfit to that has played over the last couple of weeks, but the Stags took their chances and deserved their victory.

Hemel started strong and after winning two successive penalties, they had an excellent opportunity to score, but James Howitt was short of the line, losing the ball in the tackle.

Scorpions were also close in the early stages. Connor Farrer worked his magic trying to set up a try but some strong defensive forced Chris Vitalini into an error and the chance was lost.

First try of the day came to the Scorpions and it was Osian Phillips who stormed through the Stags defence to ground. Emanuelli converted to make the score 6-0.

The lead didn’t last long after Hemel scored twice in three minutes. First, Barry John Swindells, the man who bleeds blue and yellow, exploited a gap in the Scorpions defence. However he failed to convert his own try.

Then Scorpions were napping, failing to set up their defence for a penalty and Aaron Small took advantage with Swindells converting and the away side were now 10-6 up.

Eight minutes before the interval, Michael Brown further extended the Stags’ lead with a try in the corner following a fine passing move. Swindells missed the kick.

Straight after the break they were even further ahead after James Cameron broke through from short range. Swindells goal made the score 20-6.

And, in a score that certainly would have gone to a video referee if there was one, James Hill touched down in the corner, adjudged to have been slightly before he was pushed into touch.

The nightmare second half continued for the Scorpions as they conceded two tries in as many minutes – Ryan Pratchett was over first with North Wales Crusaders loanee Lee Hudson getting another from kick-off.

But the Scorpions picked up the pace and had something to cheer about with 15 minutes remaining. A fantastic length of the field move, started with a strong run from Dafydd Hellard ended with Chris Vitalini grounding under the sticks. Emanuelli converted.

Scorpions skipper Phil Carleton, normally a forward, rounded things off with a classic wingers’ try, outrunning the whole of the Stags’ side over half the length of the field to score in the corner to make the score look more respectable as it deserved.

The fledgling Welsh side still need a lot of improvement but with this score a lot closer than the last couple of weeks, things look to be moving in the right direction.