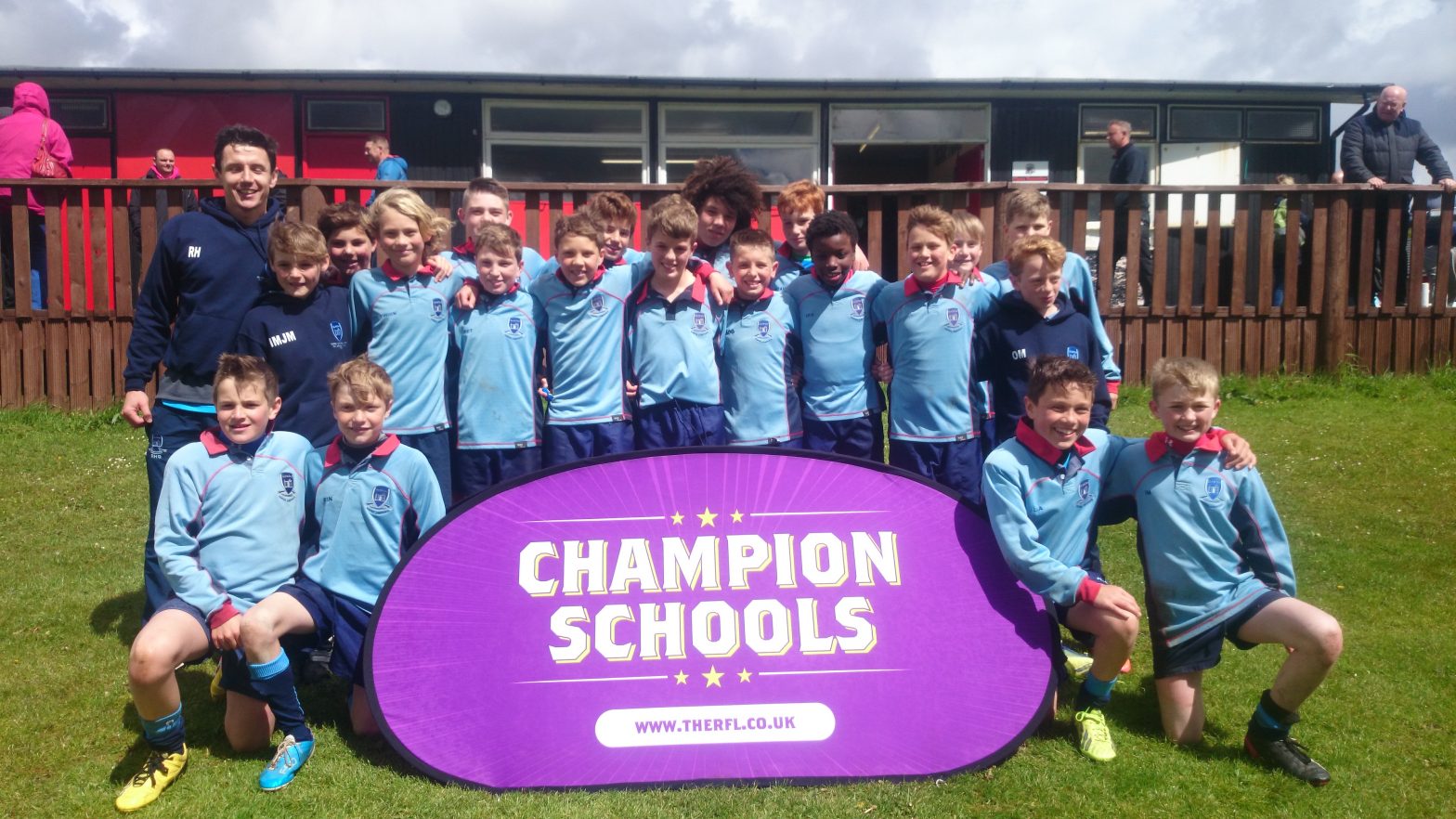 Welsh speaking school Ysgol Gyfun Gymraeg Glantaf have made history in becoming the first Welsh school to ever play Rugby League at Wembley Stadium after beating St Bernard’s of Barrow 20-12 in a thrilling semi-final in Chorley.

Ten years ago, Brynteg from Bridgend won this Final but that game was played at Millennium Stadium while Wembley was being rebuilt.

Glantaf fought well for the entire match with their defence equally as good as their attack as the Cumbrians through everything at them.

Glantaf did well to defend a repeat set to keep St Bernards out and from their next attack, Cai Marcus Jemmett forced his way over for Glantaf’s second try. The conversion was missed making it 10-0.

St Bernard’s pressure eventually told and stand-off Luke Bennett scored as Glantaf couldn’t defend another repeat set. Bennett converted himself to bring the score back to 10-6.

But Glantaf regained the two try cushion before the break after Morgan Baos scored their third try following a scrum 20 metres out from the line. The conversion missed and it was 14-6 at the break.

The second half was an even tighter affair with excellent defending from both sides but it was nervous times for Glantaf when with 10 minutes to go, Martin Brun went over from acting dummy half for St Bernard’s. Bennett converted to bring the score back to 14-12.

However, Marcus Jemmett used his strength to power over for his second and Glantaf’s fourth try minutes from the end after clever play from Josh Atkinson and Jac Lloyd won them a scrum. Lloyd kicked the final goal to make history for Welsh Schools Rugby League.

Glantaf will face Wade Deacon from Widnes in the Final at Wembley Stadium which will be played immediately before the Challenge Cup Final on Saturday 29th August.