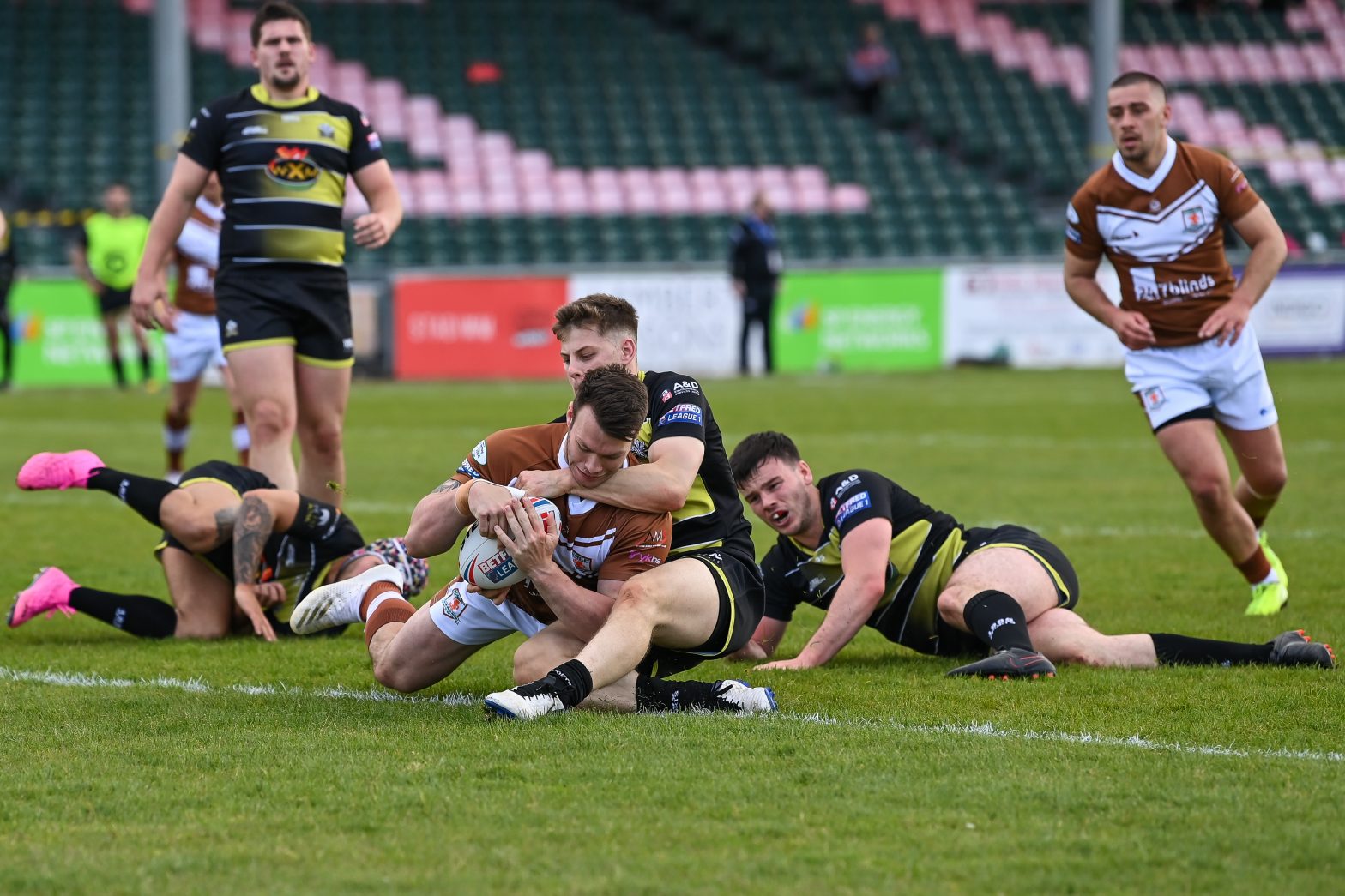 In the latest edition of Gwylio’r Cymry, we look at how Wales internationals are getting on with their clubs across the world.

The vast majority of Super League matches took place on Monday night because of the return of fans in England.

Regan Grace grabbed a try and made 124 metres for St Helens in their 28-0 win over Salford Red Devils, who named Rhys Williams in their side. Wales’ all-time leading try-scorer made 60 metres from 12 carries. Morgan Knowles, now part of the England set-up, also featured for Saints, carrying the ball six times and making 23 tackles.

In the Championship, Matty Fozard was at hooker for London Broncos in their 40-6 victory at Batley Bulldogs.

Lloyd White was on the scoresheet for Toulouse Olympique in their 66-0 success at Whitehaven.

Mike Butt and Rhodri Lloyd both started for Swinton Lions in their 20-18 defeat to Dewsbury Rams. Luis Roberts, who is part of John Kear’s elite train-on squad, was also in the Lions’ side.

Former Wales captain Craig Kopczak, who has now retired from international rugby league, was part of the Featherstone Rovers line-up for their 68-0 win over Oldham.

In League 1, Rob Massam was on the wing for North Wales Crusaders in their 26-18 loss to Hunslet, with Sion Jones crossing for a try for the Yorkshire club during his loan spell from Halifax Panthers.

Dai Evans, Ashley Bateman, Morgan Evans and Joe Burke all had run-outs for West Wales Raiders as they were beaten 36-10 by Coventry Bears. A number of players who have featured for Wales below senior level were also in the Raiders’ side.

Gav Bennion was at prop for Rochdale Hornets in their 30-22 loss at Doncaster.

Calvin Wellington started for Workington Town in their 50-16 success against London Skolars.

Over in Australia, Josh Ralph started for North Sydney Bears in their 36-16 defeat to the Magpies in the New South Wales Cup.

In the NRL, Tyson Frizell, who has now switched to play for his home country Australia, scored for Newcastle Knights in their 36-18 loss to Wests Tigers.

Caleb Aekins, who is part of John Kear’s elite train-on squad, was at fullback for Canberra Raiders as they won 20-18 at Canterbury Bulldogs.