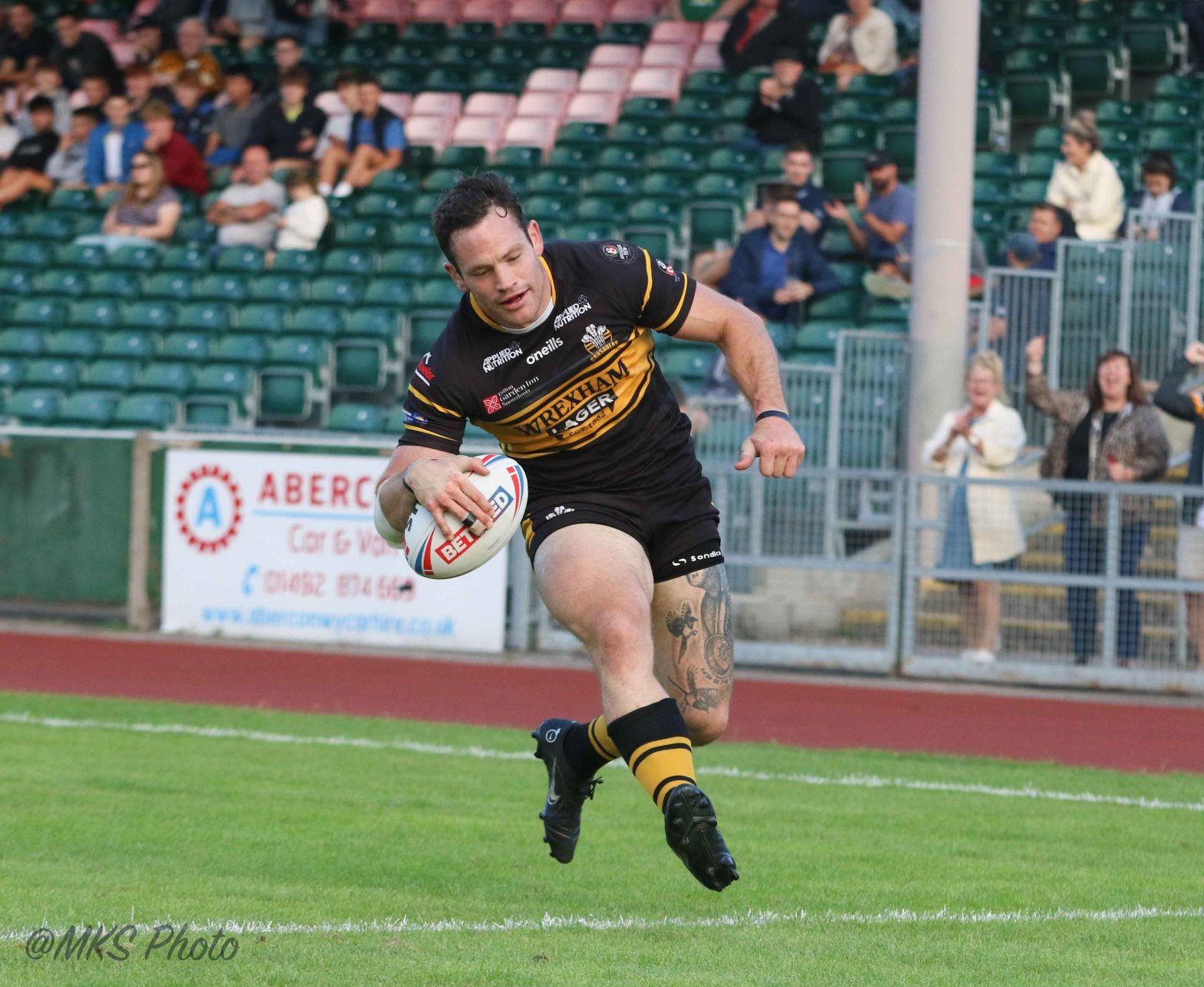 Wales men’s international Luke Thomas made his Super League debut for Warrington Wolves last weekend in his side’s 24-18 loss to Leeds Rhinos. The 19-year old prop has already won his first Welsh cap, becoming the 18th player to rise from Wales U16s to the senior side, and has also played in the first team for Rochdale Hornets. Also in Super League, Welsh-eligible Harry Smith continued his good form with a try and eight goals in Wigan Warriors’ 52-6 win over Toulouse Olympique XIII.

Over in Australia, the Olds brothers Ollie and James started for Valleys Diehards in their defeat to Beenleigh Pride, whilst Ryan Wescombe started in the back row for Burleigh in their victory over Mudgeeraba in the Gold Coast Premier.

Craig Kopczak made it two tries in to games since making his return to action, how good has it been to see him back on the field?

In the Championship, Leigh hit a century in a 100-4 victory over York City Knights, Caleb Aekins on the right side of the scoreline, going over for a try as a record defeat was put on the Knights, whilst Bailey Antrobus was left to lick his wounds. In a basement battle, Connor Davies started for Dewsbury in their 22-16 victory at Workington Town. London Broncos’ winning run continued with Dalton Grant starting in a 30-20 victory over Batley Bulldogs. Matty Fozard was on the losing side for Widnes against Sheffield Eagles as they went down 30-18, whilst former Wales captain Craig Kopczak scored a try for Featherstone Rovers as they beat Tom Hopkins’ Barrow Raiders 34-24. Finally, Will Evans scored for Whitehaven in their 12-4 defeat of a Bradford Bulls side featuring Rhys Evans, Elliot Kear, Chester Butler and Ant Walker.

In League One, Charley Bodman and Will Odgers faced off against Owen Restall as Cornwall took on Oldham. Restall grabbing a try in their 32-12 win. Rhodri Lloyd and Paddy Jones were victors for Swinton, 38-12 against Hunslet. Joe Burke’s West Wales Raiders were beaten 36-4 by Midlands Hurricanes. Finally, Rob Massam bagged his 195th career try, as North Wales Crusaders beat Rochdale Hornets 28-24 victory. Cobi Green started for the defeated Hornets, who took a hammer blow to their promotion hopes.

There was plenty of Welsh representation in the reserve league this weekend, Jermarie Chatham returned to action for Hull FC as he scored a try in their narrow win over Leeds Rhinos. Lewis Hall, Jacob Lee, Joe Coope-Franklin and Finlay Yates all starred for Salford Red Devils in their victory over Warrington Wolves.

In the midday Wheelchair Rugby League kick-off on Sunday, Jodie Boyd-Ward, along with her Leeds Rhinos teammates made the long 400 mile plus round trip down to Medway to face off against London Roosters. A very dominating performance by the Rhinos saw them come away with a 60-22 victory over the Roosters with Boyd-Ward managing to touch down for a solitary try. In the first of two afternoon kick-offs, North Wales Crusaders guaranteed themselves a top two spot and home play off game in the ‘Middle 5’s’ with a convincing 78-42 win over Mersey Storm. A dominant first half display which saw the Crusaders take a 44-12 lead, following a hat trick for Welsh international, Stephen Halsey, who also added a resounding six conversions. Fellow Welsh internationals Harry Jones and Scott Trigg-Turner both grabbed a brace of tries. The second half saw Welsh captain, Stuart Williams grab himself a hat trick, Trigg-Turner and fellow international Ricki Davies grabbed themselves a try each while Stephen Halsey added a fourth try to his tally, along with four conversions and an impressive penalty goal from inside his own half. Internationals, Mason Baker and Lucie Roberts also featured for the Crusaders. In the other afternoon kick-off, Wigan Warriors took on Halifax Panthers in a top of the table Super League clash. Halfiax squeezed out a 38-22 victory with Wales international, Mark Williams once again donning the famous Cherry and White jersey of Wigan.