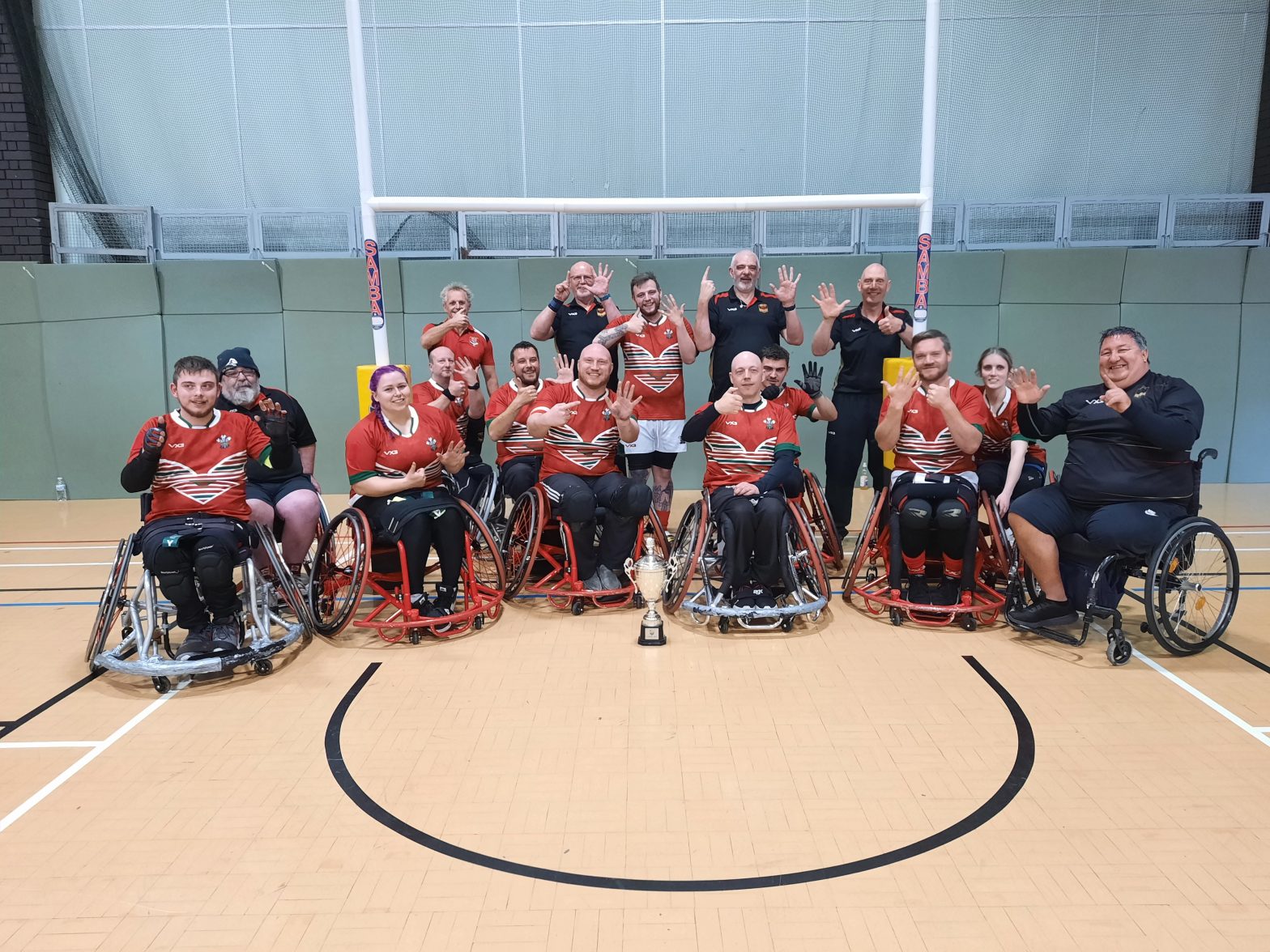 The Wales Rugby League Wheelchair side will take on Australia in a World Cup warm-up match at the Cyncoed Campus of Cardiff Metropolitan University on Saturday 29 October (kick-off 2pm).

This will be the first ever Wheelchair Rugby League international in the south of Wales, with seven of the previous home games having been held in Wrexham and the other two in Queensferry.

Wales and Australia (who are known as the “Wheelaroos”) have met three times in the past in Wheelchair Rugby League, all in World Cups. The first two were in 2013 where Wales recorded 25-16 and 16-14 wins. The last meeting, in the 2017 World Cup, ended up 72-24 to Australia.

Both sides are preparing for this year’s eight-team Wheelchair Rugby League World Cup, which starts on Thursday 3 November at Group A’s venue of the Copper Box in London where Australia take on hosts England following the opening game between Spain and Ireland. Wales kick off their Group B campaign the next day at the English Institute of Sport in Sheffield where they’ll take on World Champions France before Scotland face newcomers USA.

This match will be Wales’ final warm-up fixture ahead of the tournament. They also take on Ireland in a friendly match on Saturday 8 October at Calderdale College in Halifax.

Wales head coach Stephen Jones said: “Australia are a quality team, coached by some of the most experienced Wheelchair Rugby League participants in the country and populated with a core of experienced State of Origin and international players. This will provide us with the perfect match to use as a platform as the team prepares for the biggest stage.

“Facing off a team that in the grand scheme of things don’t get much international game time m, is a pretty daunting task, especially since we’ll be their first fixture since 2019. We know that this will be a tough encounter but one that will be beneficial for not just us for for the Wheelaroos.

“The thought of being able to play this game in Cardiff is huge, not only are we getting to play and showcase our amazing sport against such a big team but the fact that we’re getting to do it in the capital for the first time is something we will all remember.”

Admission to the match is free of charge.