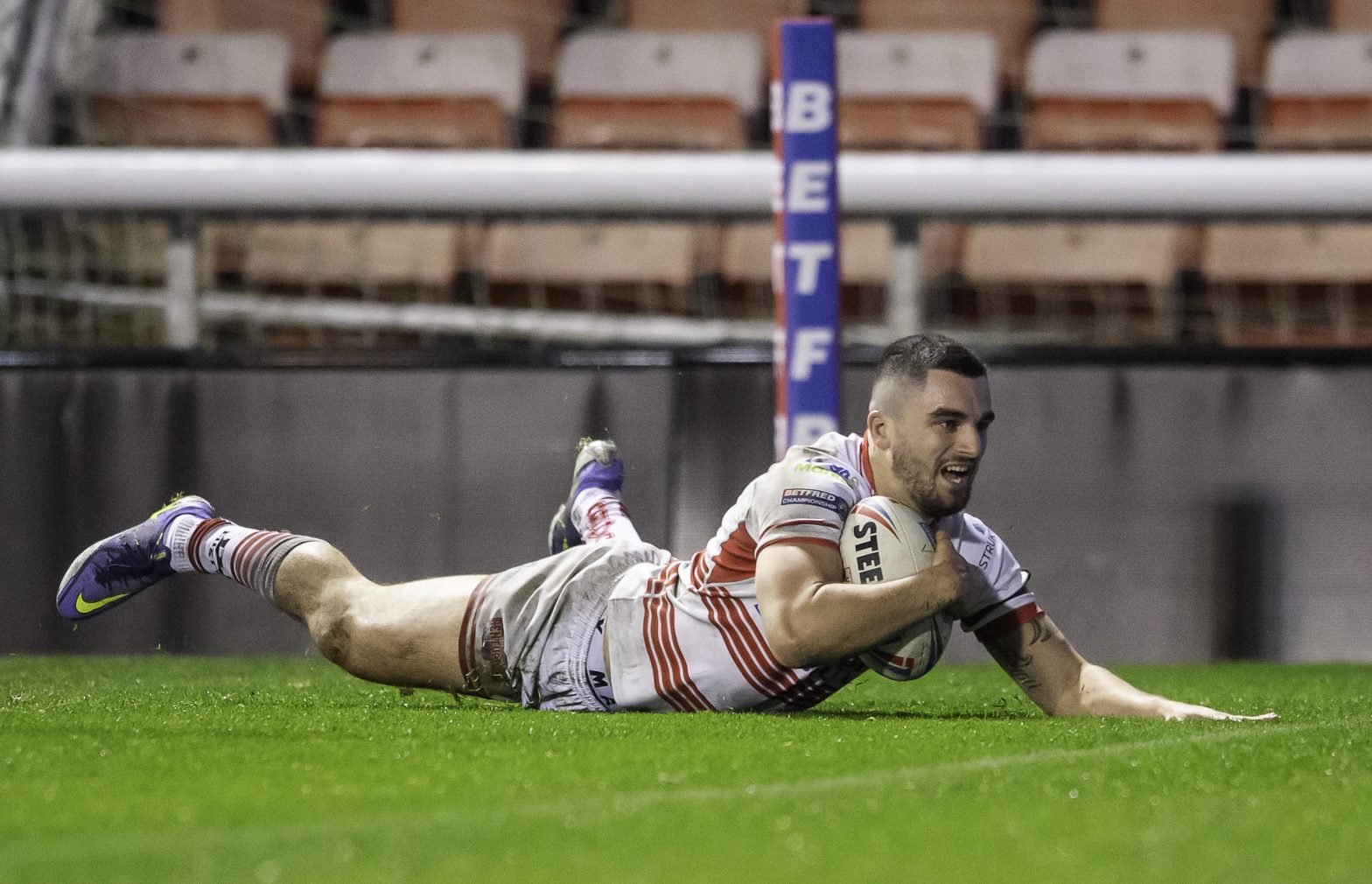 It’s the long awaited return of Gwylio’r Cymry as we look back at the Welsh internationals / Welsh qualified players in action in the elite leagues over the last weekend, with new researcher Alex Paynter.

Heading the pile was Wales squad member Caleb Aekins (see pic above – credit SW Pix) who scored a hat-trick for Leigh Centurions against Widnes Vikings in the Challenge Cup.

Starring in Super League was Lloyd White for Toulouse at home to Huddersfield, whilst the Welsh qualified duo Lewis Dodd and Morgan Knowles were in action for St Helens as they beat Wakefield Trinity.

Playing in their respective Super League reserve sides were Luke Thomas at Warrington and Kyle Huish at Wigan.

Further afield, Curtis Davies was in action for Villeneuve in Elite League 1, plus appearing in the NRL trials for Newcastle Knights v Melbourne Storm were Welsh qualified players Bradman Best and Tyson Frizell.

With the Wheelchair leagues now kicking off and women’s coming soon, watch out for this column weekly as Alex Paynter and Harry Jones will look back on the previous weekend’s action.