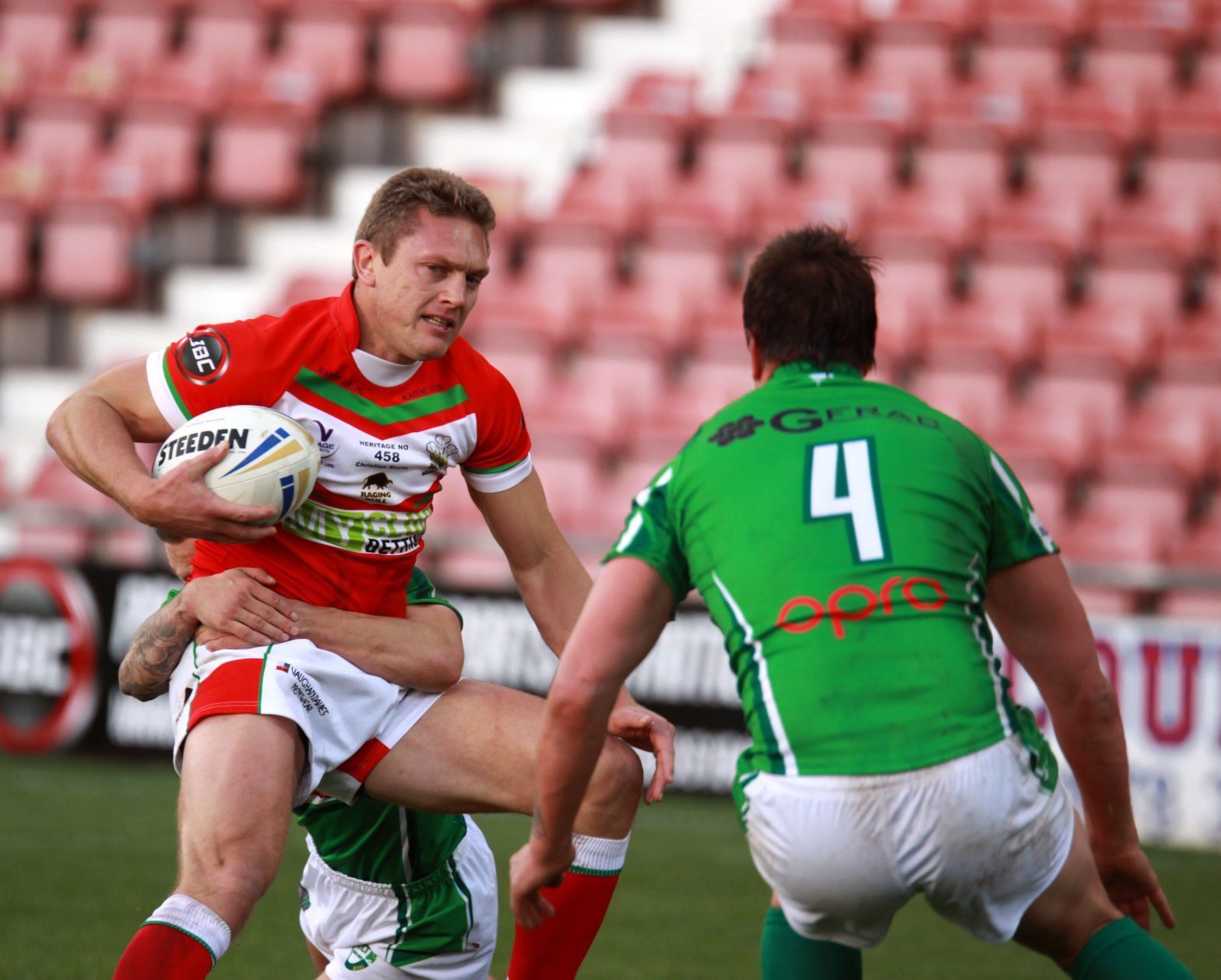 The 41-year old replaces Bob Wilson, who was appointed as Wales men’s team manager in 2013, with his tenure encompassing two men’s World Cup finals campaigns and a 9s World Cup. Wilson has now decided to step down.

He became a shining light in the domestic Wales Rugby League system from 2004 with Swansea Valley Miners and Bridgend Blue Bulls, helping the latter to a 2007 Welsh Grand Final win. During that time, he represented Wales Dragonhearts and Wales Students, and played twice for Celtic Crusaders in their Super League reserves side in 2009.

Because of this, he was selected for the full Wales men’s side at aged 29 in the European Cup game against Serbia in 2009, and scored a hat-trick of tries. He went on to win European Cup winners medals in 2009, 2010 and 2015, and also played in the 2011 Four Nations and 2013 and 2017 World Cups. If only he’d been discovered earlier, he would have had many more Wales senior men’s appearances. In the end, he had to settle for 24 caps and 13 tries.

With Wales Dragonhearts, he won Four Nations honours in 2007 and 2009, part of his nine caps and four tries.

Professionally in the club game, he played for South Wales Scorpions and North Wales Crusaders. He was a founder member of the Scorpions in 2010, spending two years there before becoming one of the North Wales side’s first ever signings. He made 70 appearances there in three years, scoring nine tries, before returning to South Wales. His scoring record in the south was better, running in 24 tries in 78 appearances.

Roets says: “I’m delighted to have been asked to fill the role as the Wales men’s team manager. I have relished every minute of my time with Wales and am very privileged to have spent so much time with the team as a player.

“Unfortunately it’s impossible to stay a player forever, and before you know it your time is up. When I retired in 2017, I was ready for a bit of a break from the game and for other priorities in my life to take precedence, but I continued to miss rugby league and honestly did hope that one day I may eventually be involved with Wales Rugby League again in some way or form. Never did I expect for it to be as team manager of the men’s senior team and also so soon.

“I have some massive boots to fill as Bob Wilson was an amazing team manager. I hope that my experience as a player will help me deliver the best for the team, each individual player, the staff and Wales Rugby League as a whole. I experienced some great highs and deep lows as a player and now hope to help build towards a successful World Cup and beyond.”

Wales men’s head coach John Kear said: “Christiaan was a very valuable member of our playing squad and always conducted himself in an impeccable manner. This manner along with a known attention to detail makes Christiaan an ideal replacement for our former team manager Bob Wilson.

“I’d like to put on record my gratitude to Bob who consistently made my job easier in that he looked after all off-field arrangements and left me to coach. Many thanks Bob and good luck for the future.”