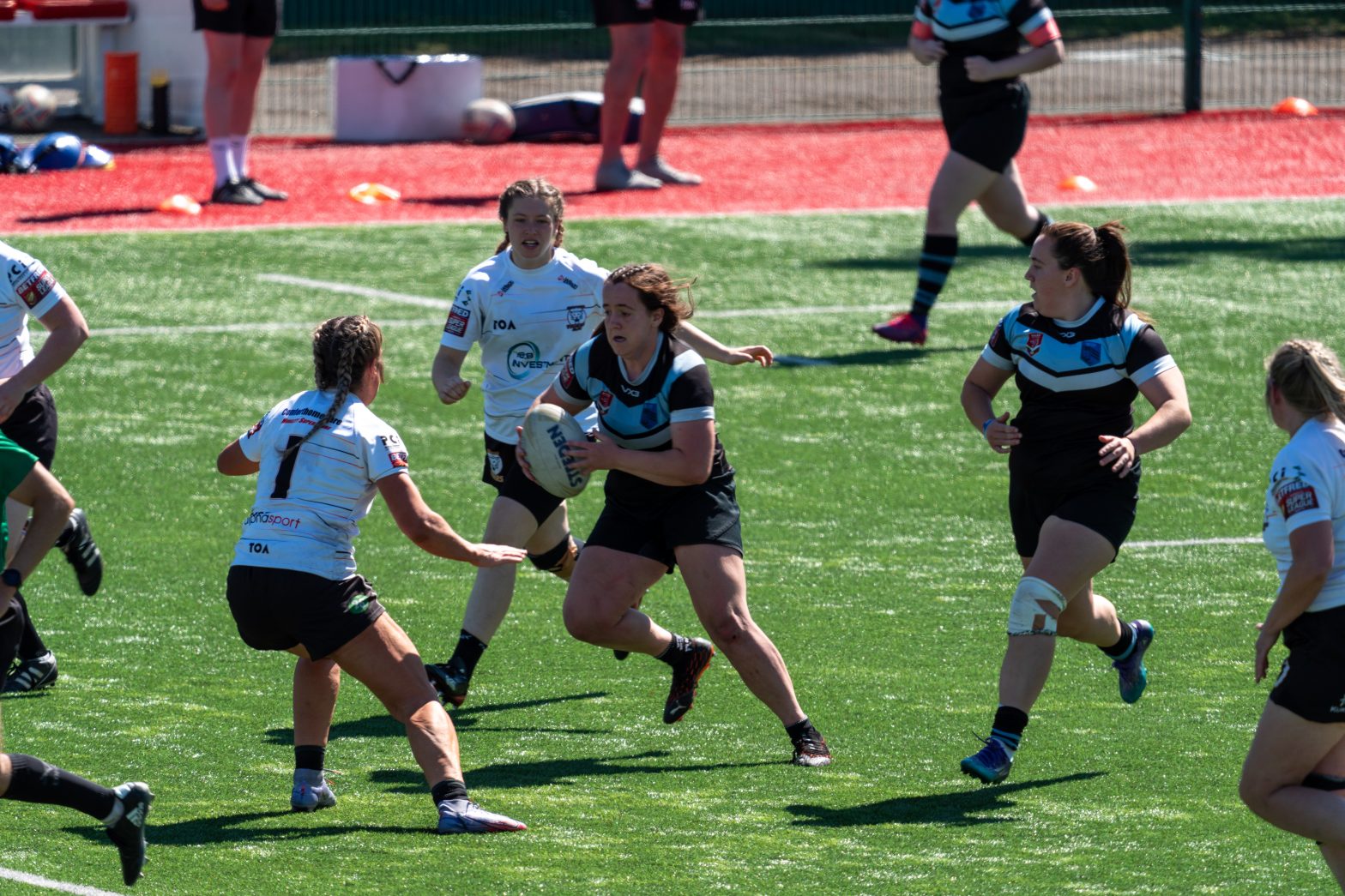 There was plenty of Welsh representation at Super League’s annual Magic Weekend, that was once again held at St James’ Park in Newcastle upon Tyne. Wakefield Trinity lost in the first game, 38-26 to Toulouse Olympique, where Kyle Evans started on the wing for Wakefield. Game two of the weekend saw Regan Grace go over for a try as St Helens beat Wigan Warriors 20-18. Then on Sunday, Rhys Williams, the third Welsh winger in action, was in the Salford Red Devils side that lost 30-18 to Huddersfield Giants. Finally, prop Gil Dudson was in the Catalans Dragons side that lost 36-10 to Warrington Wolves. In the Super League Academy, Lewis Pinder was in the Wigan side as they lost 38-18 at Hull FC.

There was action all day at Kingston Park in Newcastle on the Friday, where following the Champion Schools matches, which saw Welsh success for Ysgol Gyfun Gymraeg Glantaf year 9 girls, Newcastle Thunder took on Bradford Bulls in a Premier Sports live game. Sadly for our Welsh internationals Elliot Kear, Anthony Walker, Ben Evans and Dan Fleming, they were on the wrong side of a 53-10 loss. Later in the weekend, Connor Davies’ Workington Town lost 66-0 at home to league leaders Leigh Centurions, for whom Caleb Aekins scored a try. Elsewhere in Cumbria, Barrow Raiders beat Whitehaven 40-6 with Will Evans on the losing side. Dalton Grant scored two tries for London Broncos, but he couldn’t stop a 42-22 defeat at home to Featherstone Rovers. However Matty Fozard was a winner as his Widnes Vikings side beat Dewbsury Rams 20-16. Finally, in the Championship’s long weekend, Bailey Antrobus’ York City Knights side lost 36-10 at Halifax Panthers.

In League 1, Rob Massam went over for two tries for North Wales Crusaders as they won 46-16 at Midlands Hurricanes. Gavin Bennion scored once as Rochdale Hornets won 50-24 at Oldham. Calvin Wellington went over once for the Roughyeds, with Owen Restall also starting at full-back. Charlie Bodman was in the Cornwall side as they lost 44-10 against Doncaster, whilst Joe Burke plus a few other Welsh qualified players were in the West Wales Raiders side as they lost 54-6 at Hunslet.

In the NRL, Bradman Best and Tyson Frizell played for Newcastle Knights as they lost 40-28 to South Sydney Rabbitohs. Josh Ralph’s Mounties side were also on the losing side as they went down 46-14 to Newtown Jets in the NSW Cup. However Daniel Brown was on the winning side with his St Mary’s team beating Sydney Roosters U21 18-6 in the Sydney Shield.

In the Wheelchair Super League, Leeds Rhinos beat Halifax 48-46 in a classic game, where Jodie-Boyd Ward scored a brace of tries. In the middle fives, Hereford Harriers lost out 44-34 at Hull FC. The visitors travelled with just six players due to Covid, with all being Welsh internationals. Martin Lane scored a hat-trick of tries with Jamie Reynolds, Gary Preece and Mark Williams also crossing. Preece also landed four goals and a couple of drop-goals, with Alan Caron and Jason Reynolds completing the Hereford six. In the Wheelchair Championship, North Wales Crusaders A beat Dundee Dragons 48-4. Ricki Davies scored a hat-trick of tries and kicked four second half goals. John Doyle also went over once. Uncapped player Daniel Clarke scored two tries and landed the four first half conversions, with Wyatt Jones also grounding.