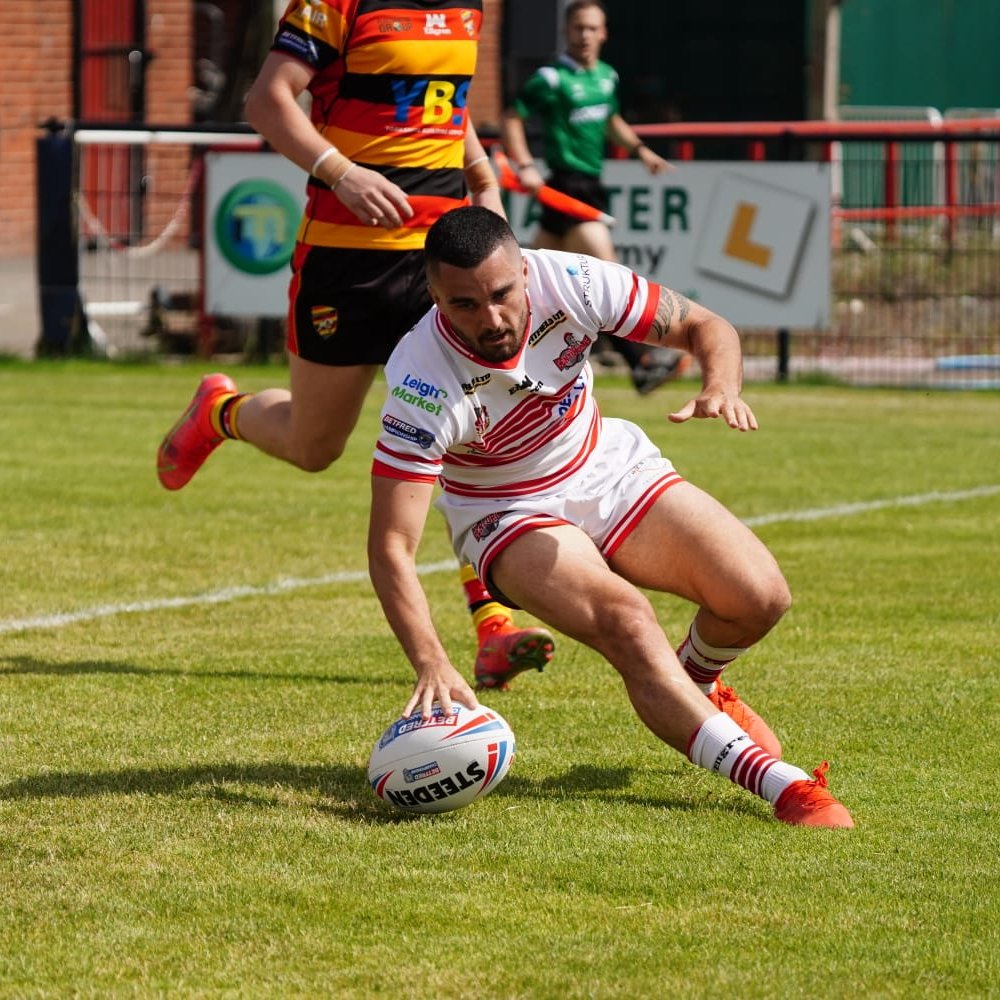 In Super League, Welsh eligible half-back Harry Smith led Wigan to a 60-0 victory against Hull FC. Smith claimed a try on a record-breaking evening for Wigan’s Australian winger Bevan French who claimed SEVEN of his own. In another nilling of their opponents, Regan Grace and former Welsh international Morgan Knowles starred in St Helens’ 25-0 victory over Huddersfield Giants, who are coached by former Welsh international Ian Watson.

In the Championship, Dalton Grant helped London Broncos to pull further clear of danger in a 30-12 win against Bradford Bulls. The Bulls featuring a quintet of Welsh internationals in Rhys Evans, Ben Evans, Ant Walker, Chester Butler and Elliot Kear, the latter claiming a try. Tom Hopkins helped Barrow Raiders to a thrilling comeback win against Sheffield Eagles after being 22-12 down at half-time to win 32-36. Connor Davies and John Hutchings were on the end of a 46-6 defeat for Workington against Halifax Panthers. Another record broken here with Irish international Joe Keyes scoring 34 of his side’s points – a new Halifax club record. Connor’s twin brother Curtis made his debut for Whitehaven joining fellow international Will Evans in the team. Evans claiming a try in their home defeat to Featherstone Rovers despite taking a lead into half time. Wales’ national coach John Kear led his Widnes team to a thrilling victory over Newcastle Thunder. Lewis Hulme started at hooker for the Vikings with Luis Roberts starting at centre. Caleb Aekins made a try-scoring appearance for table topping Leigh Centurions in their victory over Dewsbury Rams, and finally, on Monday night, Bailey Antrobus played for York City Knights in their 32-16 defeat at home to Batley Bulldogs.

The big Welsh derby headlined League One action with Rob Massam claiming a try, and a sin-bin, in North Wales Crusaders’ 74-4 thumping of West Wales Raiders. The Raiders featured nine Welsh born players including full international Joe Burke. Charley Bodman started in the back row for Cornwall as they were on the end of a 68-0 defeat to promotion chasing Keighley Cougars. Sion Jones started at prop for Hunslet in their victory over London Skolars. Owen Restall and Calvin Wellington gave a Welsh twist to Oldham’s back line in their defeat to Doncaster. Restall scoring once. Mike Butt and Rhodri Lloyd started for Swinton as they raced to a 54-22 victory over Midlands Hurricanes.

In Super League Women’s South, Bethan Dainton captained The Army and scored a try as they beat Bedford Tigers 56-18. In the same competition, the uncapped Ffion Griffiths was in the Bristol Golden Ferns side as they earned their first win of the season, beating Oxford Cavaliers 18-16. Many of the Cardiff Demons players were in action in the Bridgend Blue Bulls v Rhondda Outlaws match.