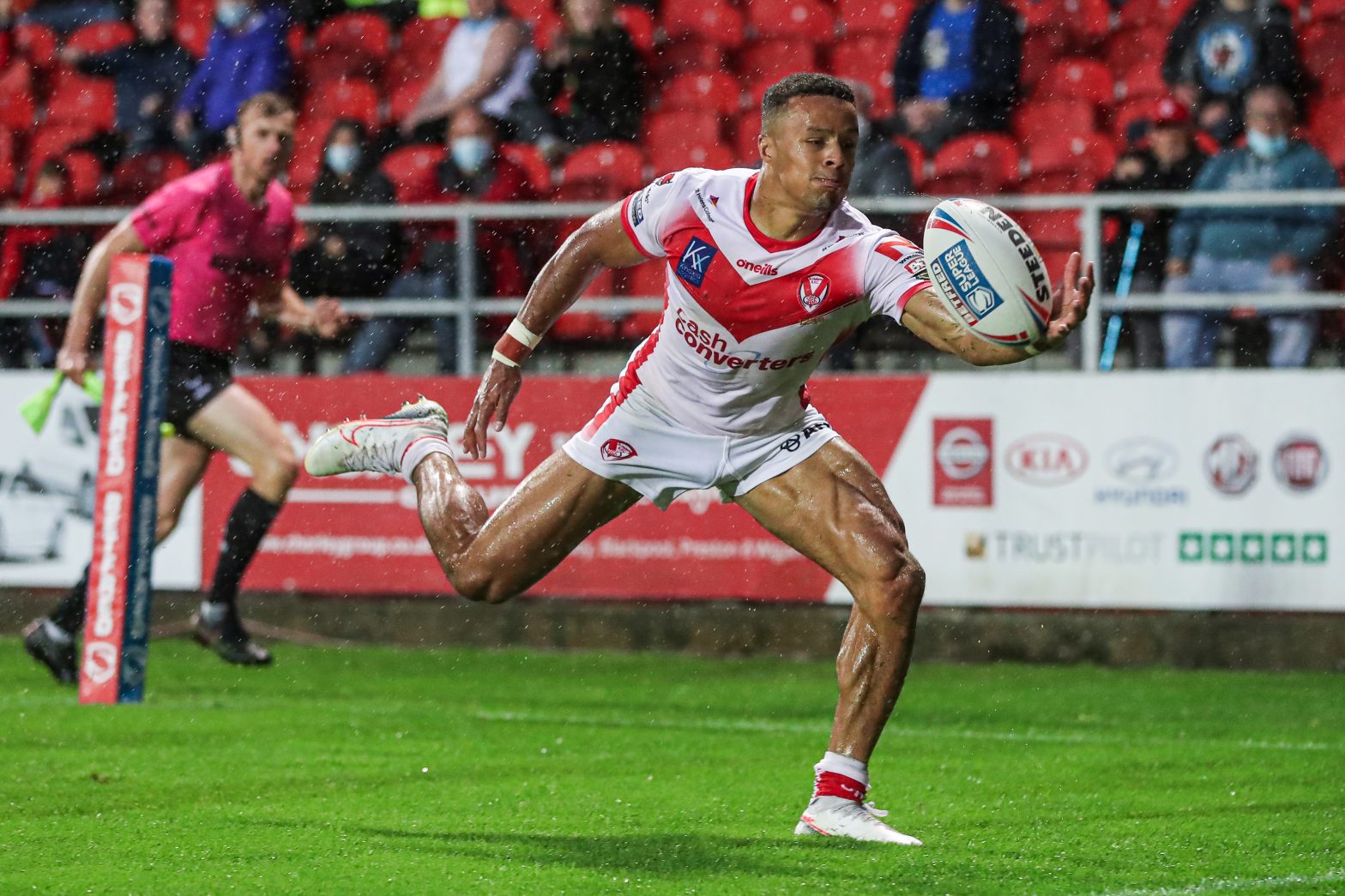 We take a look at how Wales internationals are getting on with their club sides in the latest edition of Gwylio’r Cymry.

In the men’s Super League, Regan Grace started on the wing, grabbed a try and made 115 metres from ten carries in St Helens’ 24-6 victory over local rivals Wigan Warriors. Morgan Knowles, who has now switched to play for England, was also in Saints’ side.

Gil Dudson featured for Catalans Dragons in their 50-12 win at Huddersfield Giants, making 25 tackles during the match and picking up a sin-bin late on.

In the Championship, Matt James starred for Sheffield Eagles in their 18-18 draw at Dewsbury Rams.

Former Wales captain Craig Kopczak, who has now retired from international rugby league, lined-up for Featherstone Rovers in their 63-14 success over London Broncos.

Rhys and Ben Evans, Dan Fleming and Ant Walker all had run-outs for John Kear’s Bradford Bulls in their 30-16 victory over Batley Bulldogs. Ben Evans also got on the scoresheet in the second-half.

Rhodri Lloyd and Cobi Green both featured for Swinton Lions in their 36-22 loss at Whitehaven and picked up sin-bins during the match. Luis Roberts, who is part of Wales’ elite train-on squad, was also on the wing for the Lions.

In League 1, Rob Massam and Ben Morris both starred for North Wales Crusaders in their 34-28 win over Keighley Cougars, with the former crossing for a try.

Sion Jones was an interchange for Hunslet in their 46-44 defeat at Coventry Bears.

Dalton Grant was part of the London Skolars squad beaten 22-4 at Rochdale Hornets.

Morgan Evans and Ashley Bateman both had run-outs for West Wales Raiders as they were on the wrong end of a 66-0 scoreline at Workington Town.

Carys Marsh starred for Wigan Warriors in their 36-10 win over Featherstone Rovers but didn’t get on the scoresheet, and both Kiera McCosh and Rebecca Davies lined up for Warrington Wolves in their 56-0 defeat at Leeds Rhinos.

However Emily Hughes did score a try in London Broncos’ 24-16 win over Bedford Tigers, as did Wales squad member Hari McCormack, with Kathryn Salter also starring.