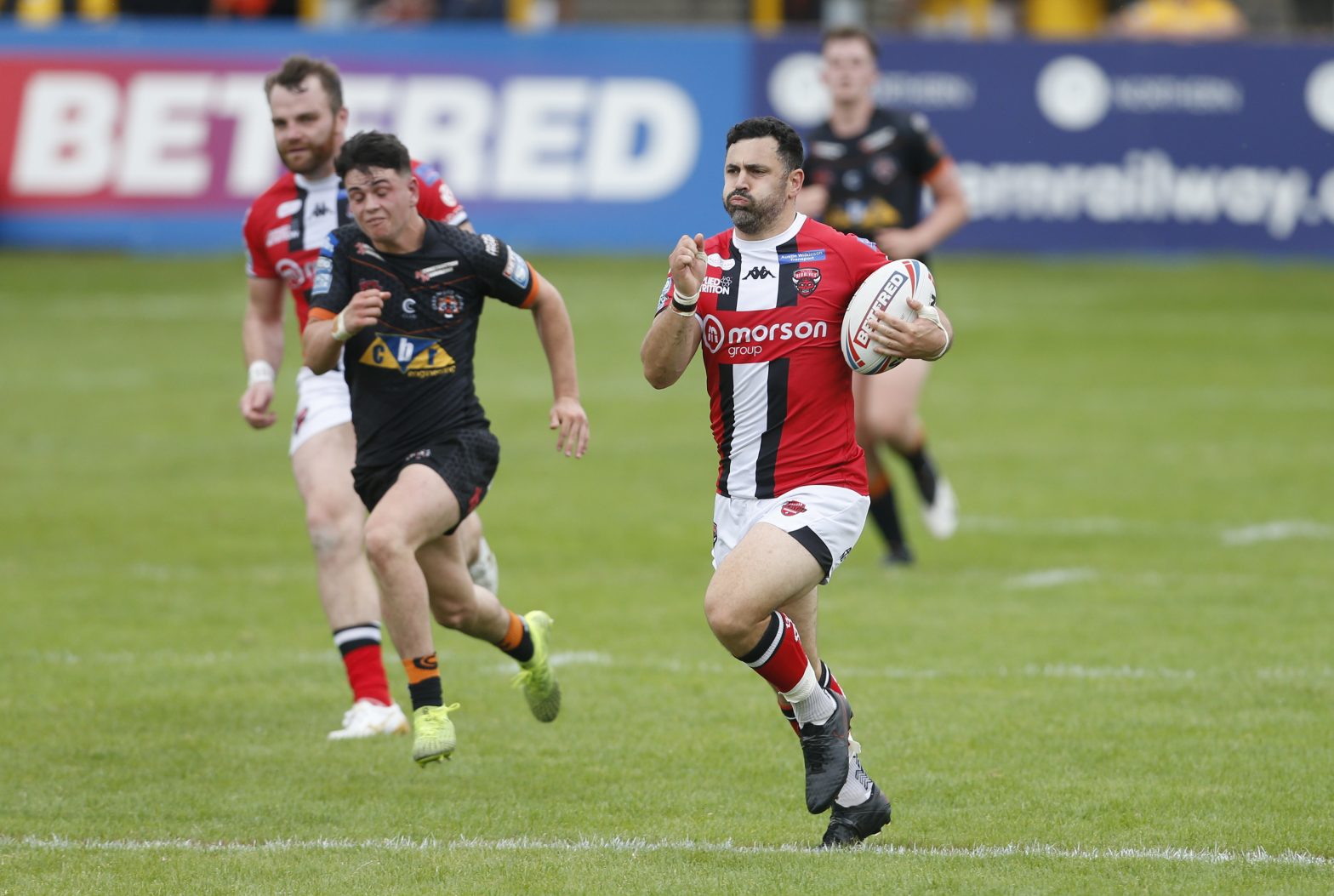 In Gwylio’r Cymry, we continue to look at how Wales internationals are getting on with their clubs across the world.

In Super League, Regan Grace was on the wing for St Helens in their 30-14 win at Wakefield Trinity, making 66 metres from nine carries. Morgan Knowles, who has now switched to play for England, was also in Saints’ side.

Rhys Williams featured for Salford Red Devils in their 70-18 victory at Castleford Tigers, grabbing two tries and making an impressive 172 metres from 12 carries.

In the Championship, former Wales captain Craig Kopczak, who has now retired from international rugby league, starred for Featherstone Rovers in their 32-10 success at Widnes Vikings.

Rhodri Lloyd and Cobi Green both had run-outs for Swinton Lions in their 30-22 defeat to Sheffield Eagles, with the former getting on the scoresheet.

Rhys and Ben Evans, Dan Fleming and Ant Walker were all in action for John Kear’s Bradford Bulls as they beat Oldham 54-22. Rhys Evans also bagged a try late on.

Curtis Davies came on as an interchange and crossed for a try in Halifax Panthers’ 14-4 win over Whitehaven.

In League 1, Ashley Bateman and Joe Burke both featured for West Wales Raiders in their 30-18 loss to Rochdale Hornets. Numerous players who’ve represented Wales below senior level were also in the Raiders’ squad.

Ben Morris and Rob Massam starred for North Wales Crusaders in their 34-24 success at Hunslet.

Over in Australia, James Olds scored for Albury Thunder in their 44-12 XXXX Gold Cup defeat to Temora Dragons.

In wheelchair rugby league, only three international players were in action.

Jodie Boyd-Ward was the only one to feature in Super League as she helped Leeds Rhinos claim their fifth victory of the season in a hard fought 78-56 success over reigning champions Halifax Panthers.

In the Championship, Andrew Higgins and Gary Preece were both part of the Hereford Harriers side that claimed a convincing 88-6 win over North Wales Crusaders. Preece crossed for three tries and landed two goals, while Higgins scored 36 points of his own with four tries and ten goals.

In women’s rugby league, Jess McAuley and Vicky Lea both turned out for the British Army in their Super League South win over Bedford Tigers, while Carys Marsh featured for Wigan Warriors in their defeat at home to Leeds Rhinos.