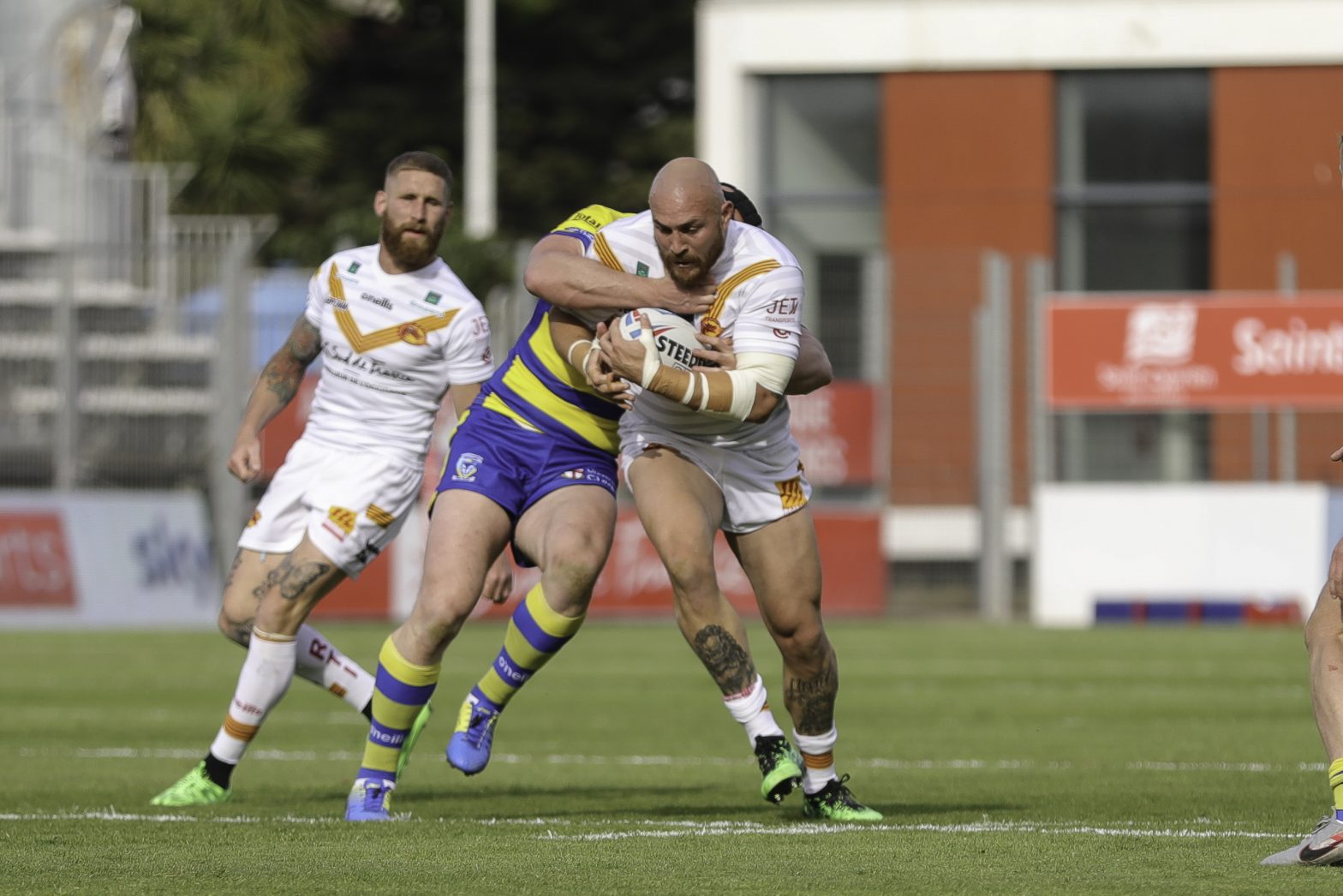 Gwylio’r Cymry takes a look at how Wales internationals are getting on with their clubs in rugby league divisions across the world.

In Super League, Gil Dudson started at prop for Catalans Dragons in their 48-0 win over Wigan Warriors, making 47 metres from five carries.

Former Wales international Morgan Knowles scored for St Helens in their 34-16 victory over Hull FC, making 30 tackles during the game.

Rhys Williams was on the wing for Salford Red Devils in their 62-18 defeat at home to Warrington Wolves, making 101 metres from 15 carries.

In the Championship, Rhys and Ben Evans and Dan Fleming all starred for John Kear’s Bradford Bulls in their 37-18 success over York City Knights.

Matt James had a run-out for Sheffield Eagles in their 25-25 draw with Whitehaven.

Matty Fozard was on the scoresheet for London Broncos as they beat Dewsbury Rams 30-10.

Former Wales captain Craig Kopczak, who has now retired from international rugby league, started for Featherstone Rovers in their 16-8 win at Halifax Panthers.

Mike Butt, Rhodri Lloyd and Cobi Green all featured for Swinton Lions in their 26-12 loss at Batley Bulldogs. Luis Roberts, who is part of Wales’ elite train-on squad, was also in the Lions’ side.

In League 1, Calvin Wellington was named in Workington Town’s line-up for their 26-24 defeat to Doncaster.

Curtis Davies starred for Hunslet on loan from Halifax as they were beaten 40-0 at Keighley Cougars.

Ashley Bateman, Morgan Evans and Joe Burke were all in West Wales Raiders’ line-up for their 52-10 loss at home to London Skolars. Other players who’ve been capped for Wales below senior level were also in action for the Raiders.

Over in Australia, elite train-on squad member Bailey Antrobus was in St George Illawarra Dragons’ side for their 30-10 Jersey Flegg Cup defeat to Wests Tigers.

Daniel Brown grabbed a try for Saints as they beat Cabramatta 48-18 in the Sydney Shield.

Tyson Frizell, who has now switched to play for his home country Australia, started for Newcastle Knights in their 18-10 NRL win over Manly Sea Eagles.

Caleb Aekins, part of Wales’ elite train-on squad, was at fullback for Canberra Raiders in their 44-16 loss at Sydney Roosters.

Welshman Rowland Kaye, who will be hoping to impress John Kear, starred for Carcassonne in their 36-24 French Elite 1 victory over St Gaudens.

In the women’s Super League competition, meanwhile, Carys Marsh was an interchange for Wigan Warriors in their 68-10 victory at Huddersfield Giants.

In wheelchair rugby league, North Wales Crusaders fielded seven internationals in their two Super League games in Preston, with Scott Trigg-Turner, Stephen Halsey, Mark Williams, Lucie Roberts and Stuart Williams all getting tries in their defeats to Leyland Warriors and Leeds Rhinos. Williams managed a drop-goal against Leyland, with Stephen Halsey getting two goals in the same match and five goals against Leeds. Harry Jones and Gary Taylor were also part of the North Wales squad.

Jodie Boyd-Ward scored two tries in total for the Rhinos in this round, with one coming against Crusaders and the other being the opening try of the clash with Leyland.

Squad member Mason Baker featured for North Wales Crusaders A in both of their games, getting two goals against Warrington and managing to score 32 of his side’s 70 points in the first all North Wales derby, bagging three tries and ten goals against Crusaders Celts.

Hereford fielded two current squad members and internationals in their side’s 43-0 triumph over West Wales Raiders, who featured father and son due Jamie and Jason Reynolds. Gary Preece scored 27 of his side’s 43 points as he crossed for a hat-trick of tries, converted seven goals and bagged a drop-goal, while Wales veteran Alan Caron managed to cross the whitewash twice on the way to victory.