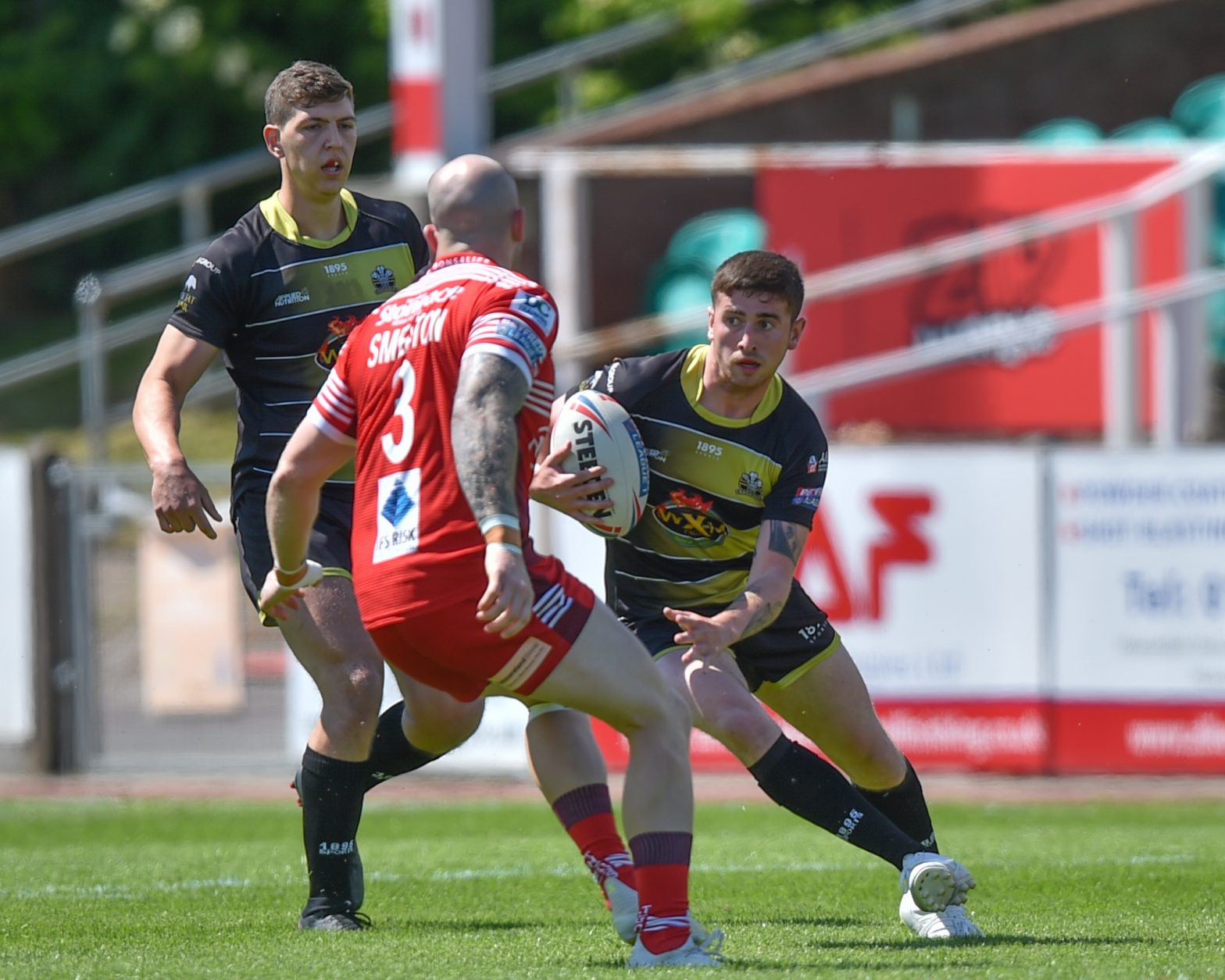 In the latest instalment of Gwylio’r Cymry, we look at how Wales internationals are getting on with their club sides across the world.

In Super League, Rhys Williams started on the wing for Salford Red Devils in their 40-4 defeat at Hull Kingston Rovers, making 145 metres from 20 carries.

In the Championship, Matty Fozzard was in the halves for London Broncos as they won 24-22 at Widnes Vikings.

Rhodri Lloyd and Mike Butt both featured for Swinton Lions in their 36-30 loss to Newcastle Thunder. Luis Roberts, who is part of John Kear’s elite train-on squad, also starred for the Lions.

Former Wales captain Craig Kopczak, now retired from international rugby league, had a run-out for Featherstone Rovers in their 44-0 victory over Bradford Bulls, who named Rhys and Ben Evans and Ant Walker in their side.

Matt James was an interchange for Sheffield Eagles in their 32-28 success at Oldham.

In League 1, Dalton Grant made his comeback from injury as London Skolars lost 62-10 to Hunslet, who had try-scorer Sion Jones on their bench.

Morgan Evans, Joe Burke and Ashley Bateman were all in West Wales Raiders’ side for their 70-12 defeat at Keighley Cougars. A number of players who’ve represented Wales below senior level also starred for the Raiders.

Calvin Wellington was at centre for Workington Town in their 30-12 win at Coventry Bears.

Rob Massam, Elliott Jenkins and Ben Morris all featured for North Wales Crusaders in their 68-0 loss at home to Doncaster.

Over in Australia, Bailey Antrobus started for St George Illawarra Dragons in their 20-18 win over Canterbury Bulldogs in the Jersey Flegg Cup.

Daniel Brown grabbed a try for Saints in their 28-20 defeat to Ryde-Eastwood Hawks in the Ron Massey Cup.