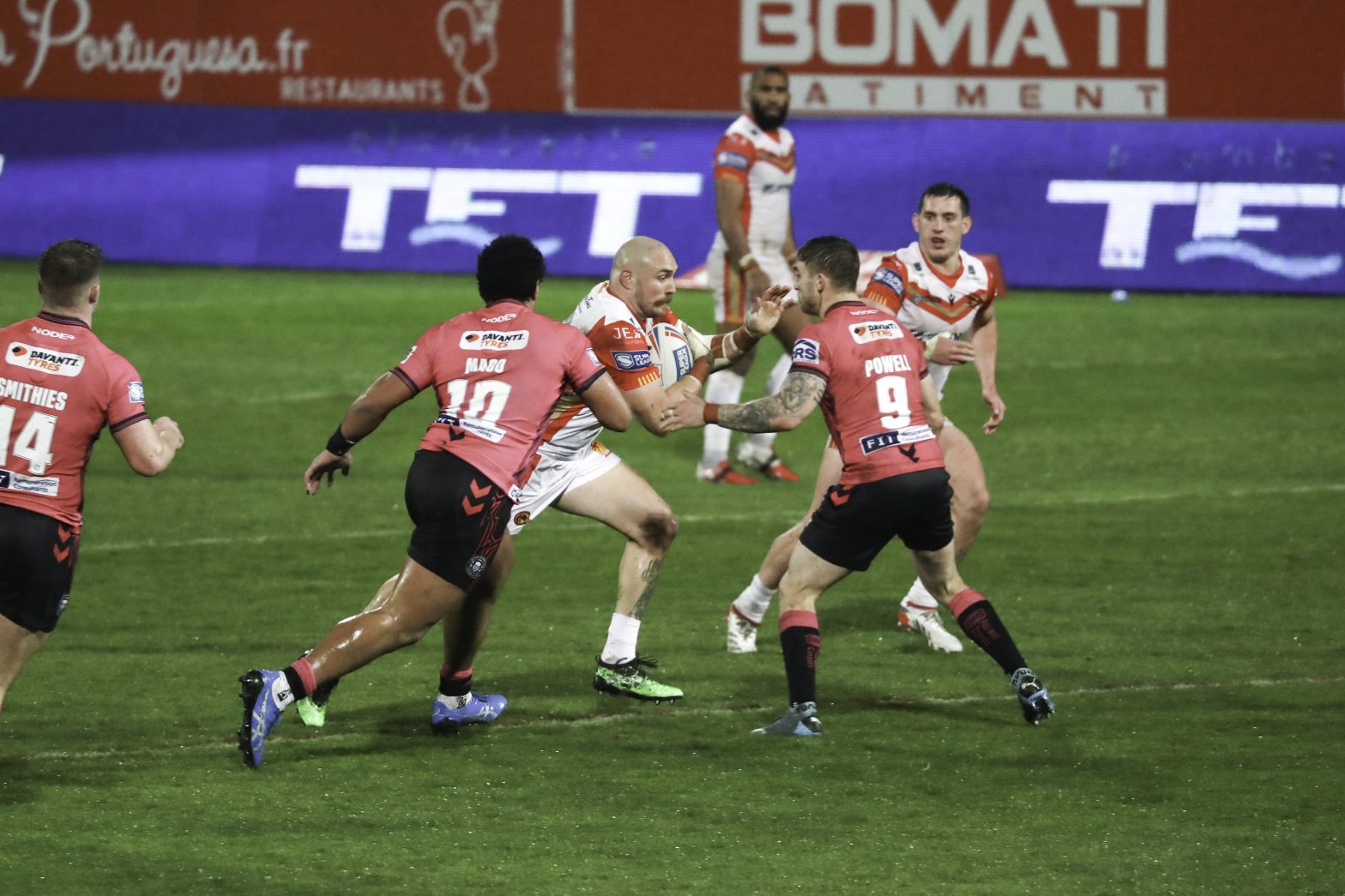 In the Challenge Cup, Welsh qualified Will Evans and Connor Holliday were celebrating a 38-12 win over York City Knights with the latter bagging a brace of tries. Whilst in the Monday night live Premier Sports match. Caleb Aekins led Leigh Centurions to a dramatic 20-16 win over Bradford Bulls, who fielded Ant Walker, Rhys Evans, Ben Evans, Elliot Kear and Chester Butler. Mike Butt and Rhodri Lloyd were in friendly match action for Swinton Lions as they beat Keighley Cougars 42-22.

In Australia, Bradman Best and Tyson Frizell both starred in Newcastle Knights’ shock 20-6 opening day win at Sydney Roosters, Trent Griffiths came off the bench for South Sydney Rabbitohs U20s as they lost 30-16 to Canterbury-Bankstown Bulldogs, whilst Josh Ralph played for Mounties in their 20-16 opening day defeat to Western Suburbs Magpies in the NSW Cup.

The women’s rugby league season started in England last weekend with the Challenge Cup, that’s being contested by 16 teams in four groups of four. There were Welsh internationals on either side of the Wigan Warriors v Bradford Bulls game, with Carys Marsh scoring for Wigan as part of their 44-6 win. Anne-Marie Sayle was on the Bradford side. Making a try-scoring rugby league debut for Warrington Wolves in their 50-8 win over The Army was Fern Davies. She is a netball international who competed for Wales in the 2018 Commonwealth Games. Uncapped Welsh qualified Hannah Williams scored one of the two Army tries.

This try meant so much to everyone to see Fern transform from the Netball court 🏐 to the Rugby pitch 🏉 https://t.co/spC9Q7Gs7D

On Saturday in the Wheelchair Super League, Mark Williams, came off the bench for Wigan Warriors in their Super League record 148-18 victory over newly promoted, Warrington Wolves. He secured four tries (second most for an individual in the game) and one conversion.

Also that day in the Championship South, Hereford Harriers fielded five Welsh internationals in their 76-4 victory over Kent-based side, Argonauts, four of whom scored all of Hereford’s points. Appearing on dual registration, Martin Lane scored six tries, whilst fellow international Alan Caron crossed for one. Gary Preece managed a personal haul of 36 points through five tries and eight conversions, and Jason Reynolds secured his first competitive try of his career as he secured a hat-trick. The fixture also saw Jamie Reynolds have a run out for Hereford whilst fellow Welsh international, Rich Carver appeared for the Argonauts.

Sunday saw the most experienced Welsh side, North Wales Crusaders pull double duty as their first team featured in a nail-biting game down in Medway against ‘super team’ London Roosters, whilst their ‘A’ team took on Sheffield Eagles in the Championship North.

In the earlier of the two fixtures, London Roosters managed to steal a victory in the death against the Crusaders in a tightly fought 54-49 clash. The Crusaders fielded five Welsh internationals, Wales captain, Stuart Williams, who scored five tries and set up up a number of others, Martin Lane, in what was his second game of the weekend, secured himself another hat-trick of tries, whilst fellow international, Scott Trigg-Turner managed a personal point tally of 17 as he crossed for a solitary try, a first half drop-goal and six conversions. Harry Jones and Mason Baker also featured for the Crusaders in their defeat.

In the Championship North, Crusaders ‘A’ secured their first league victory since 2019 as they defeated newcomers Sheffield Eagles 74-6. The team led by newly appointed Wales assistant coach, Gary Taylor fielded one current and two former Welsh internationals. Taylor himself managed to play for a short period of the game whilst fellow former international, the 68-year old John Doyle, managed a personal best of a hat-trick of tries. Current international Ricki Davies played his first game of the 2022 campaign and managed a haul of 24 points as he scored a brace of tries and eight conversions.

This weekend was also very special for match officials as Stephen and Harry Jones became the first Welsh father, son paring to referee in Wheelchair Rugby League as they were both ‘in the middle’ of Saturday’s Championship South clash between Hereford Harriers and Argonauts. It also marked the first time the paring have ever officiated together – Stephen has experience as a fourth official at Super League (running) level whilst Harry has mainly covered grassroots games as well as an international clash in 2013 (running). For the younger of the paring, Harry, it was extra special as this marked his 1,000th outing as a match official since first qualifying back in 2010.