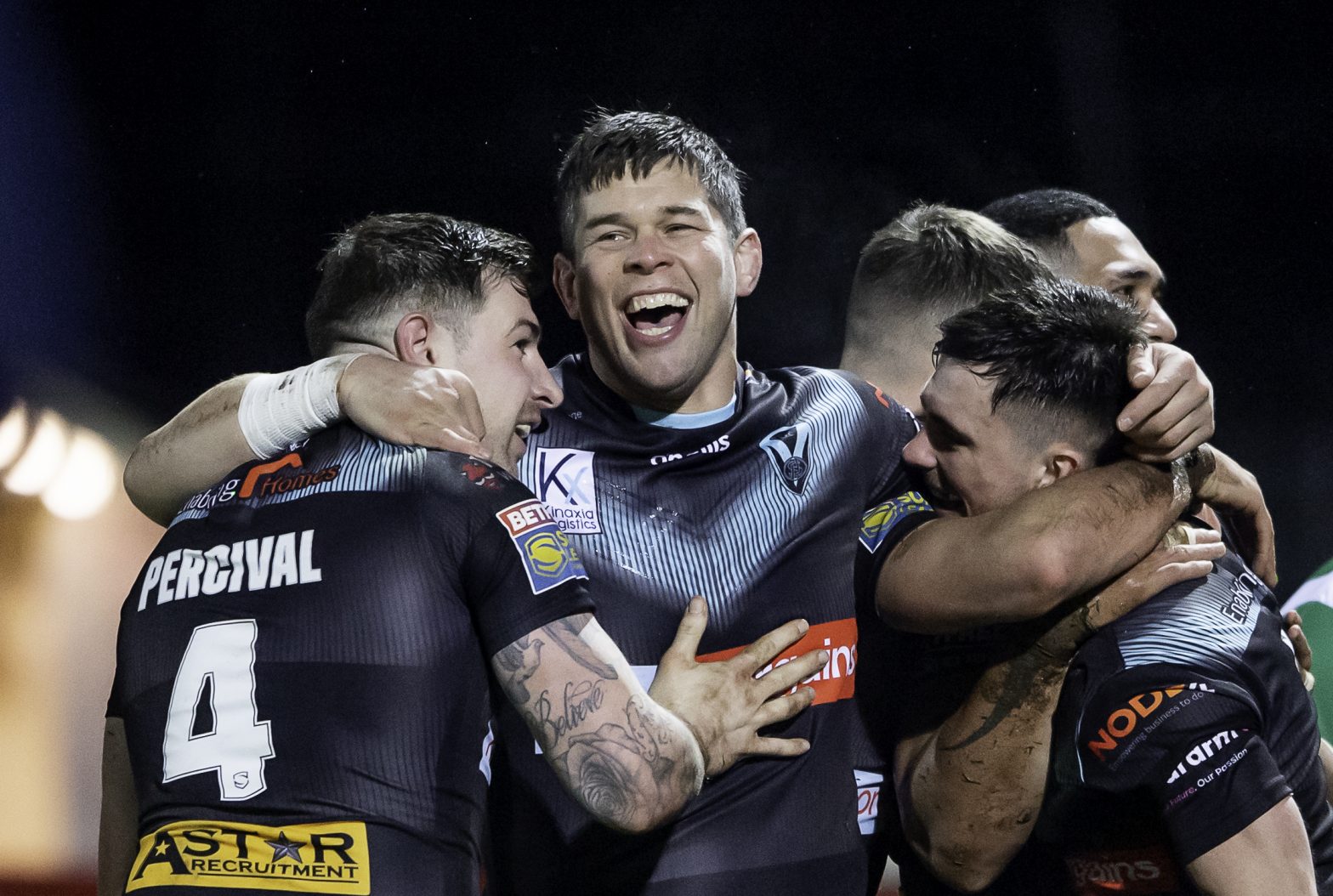 The highlight of the weekend came at the Salford City Roosters ground where 12 Welsh players took to the field over two Salford Red Devils matches, one of which was refereed by a Welshman.

Salford Red Devils hosted a doubleheader with the U18s up first. It was the first academy side that the Super League club had fielded in seven years and was jointly selected from players originating from the Salford area and from South Wales. Harri Ford, Mason Phillips, Scott Pritchard, Billy Walkley (Aber Valley Wolves, Wales U17), Carter Barnes (Torfaen Tigers, Wales U16), Connor Lacey, Brad Williams (Cynon Valley Cavaliers, Wales U16), Finn Yates (Cynon Valley Cavaliers, Wales U17), and Will McCarthy (Aberavon Fighting Irish, Wales U16) all took to the field against Wakefield Trinity, with the Salford side being coached by Wales U16 coach Paul Berry.

Then in the reserve match against Hull FC, there were three Coleg y Cymoedd graduates – Jacob Lee (Cardiff Blue Dragons, Wales U19), Joseph Coope-Franklin and Lewis Hall (Crosfields, Wales U19), this game being refereed by WRL’s head of match officials James Jones. Elsewhere, Luke Thomas came off the bench for Warrington Wolves reserves.

In the Championship, Caleb Aekins also got a brace in their 34-18 win over Newcastle Thunder. Bradford Bulls had a dramatic 21-20 win over Batley Bulldogs with Elliot Kear, Chester Butler, Anthony Walker and Rhys Evans all starring for the victors. Matty Fozard scored a try for Widnes live on Premier Sports for Widnes Vikings, which there were appearances for Will Blakemore (London Broncos) and Will Evans (Whitehaven).

Kian Morgan featured in a friendly for Oldham, and in France, Kieran Lewis turned out for Saint Gaudens.

The Wheelchair Rugby League season kicked off this weekend with North Wales Crusaders fielding both their Super League and Championship sides.

They began their Super League season with a 70-20 defeat against current reigning champions, Leeds Rhinos with Wales international Jodie Boyd-Ward crossing for a hat trick of tries for the Yorkshire-based outfit. Scott Trigg-Turner posted two tries for Crusaders, who opened the scoring, together with a brace of goals, Stuart Williams and Martin Lane their other try scorers, the game also saw internationals, Mason Baker and Harry Jones feature.

Over in Liverpool, Welsh international, Mark Williams made his competitive debut for Wigan Warriors in their 66-28 victory over ‘super club’ London Roosters. Mark managed to cross the whitewash for two tries of his own whilst setting up a number of others.

The Crusaders began their Championship North season with a 100-10 defeat against former Super League side and the more experienced Mersey Storm.

Down in Hereford, the Harriers’ latest acquisitions of Welsh international and father and son duo, Jamie and Jason Reynolds made their club debut, Jamie managing to grab himself four tries whilst fellow Welsh internationals Alan Caron crossed one for a solitary try and Gary Preece managing five tries, a drop-goal and six conversions in their sides convincing 57-14 victory over Woodlands in the Championship South.