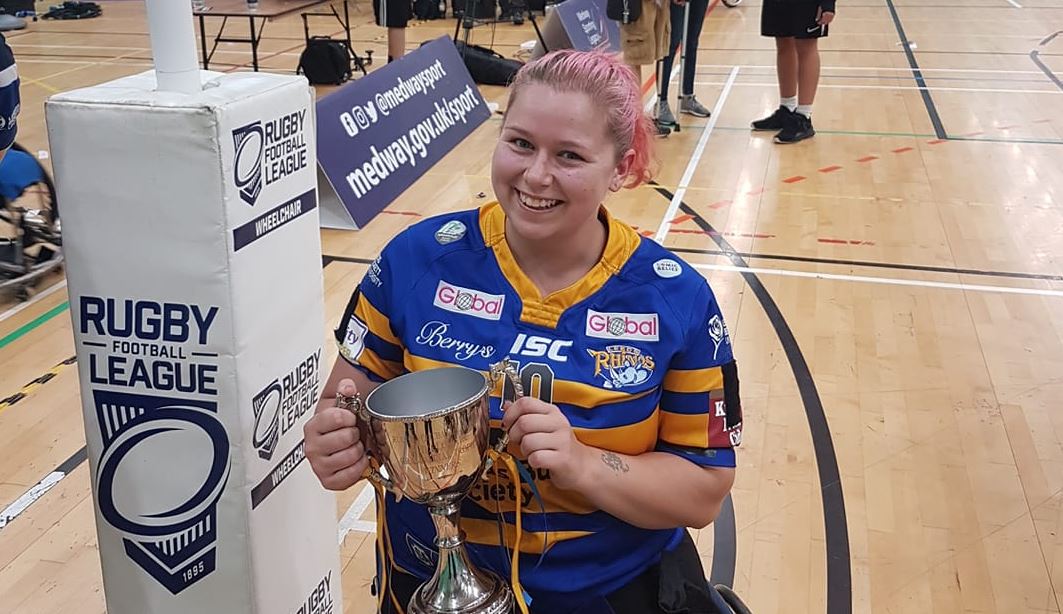 Leeds Rhinos star Jodie-Ann Boyd-Ward has confirmed that she is up for selection for the Wales Wheelchair international side ahead of the 2021 Celtic Cup and World Cup.

If selected, she will become the fourth female player to feature for the Welsh national team following on from Sarah-Anne Evans in 2016, Claire Cranston in 2017 and most recently Lucie Roberts, who if selected it will see two female players be in the same Wales Wheelchair Rugby League squad ever.

Boyd-Ward, who qualifies for Wales because of her Welsh grandfather, is no stranger to international Wheelchair Rugby League as she made her international debut in the first ever UK and Ireland Four Nations tournament in 2012 for Ireland, before featuring for them at the 2013 Rugby League World Cup, playing in all seven of their games in those two years.

Following the 2013 tournament, she went gone on to win 20 caps for England, which included being a member of their historical European Championship winning squad and was also a part of the squad that afflicted the first ever home defeat against France in Apt as part of the England tour of France.

Boyd-Ward who last featured for England at the 2019 Tri-Nations has also seen domestic success with Leeds Rhinos as a winning member of their 2018 Super League and 2019 Challenge Cup squad.

She said: “I’m excited to get started and work towards the 2021 international calendar with the Welsh squad.

“I felt like I needed a change and a new challenge in order to get myself into the right frame of mind. The squad have welcomed me with open arms and I’m looking forward to a great future with Wales.

“The fact that Wheelchair Rugby League is the most inclusive sport in the world is a truly amazing. In most other sports, men and women can compete until a certain level and then are separated into male and female teams, whereas Wheelchair Rugby League shows how both men and women can compete on equal footing, regardless of age at all levels of the game.

“Truthfully this is one of the reasons that I fell in love with the sport. It gave me an opportunity to take part with one of my brothers and show the world that I can compete with both male teammates and opponents at the highest level, regardless of age or gender.”

Wales Wheelchair Head Coach, Stephen Jones said: “I am delighted to welcome Jodie to the Wales training squad for 2021.

“Jodie brings with her a massive amount of knowledge and experience and I am thrilled that she has decided to try out for the Welsh squad.

“It shows how far we have come over the last few years when you have a player of Jodie’s calibre willing to leave the England squad and put her hand up for Wales regarding selection.

“I feel that she will fit in with the squad dynamic perfectly and look forward to coaching her”.