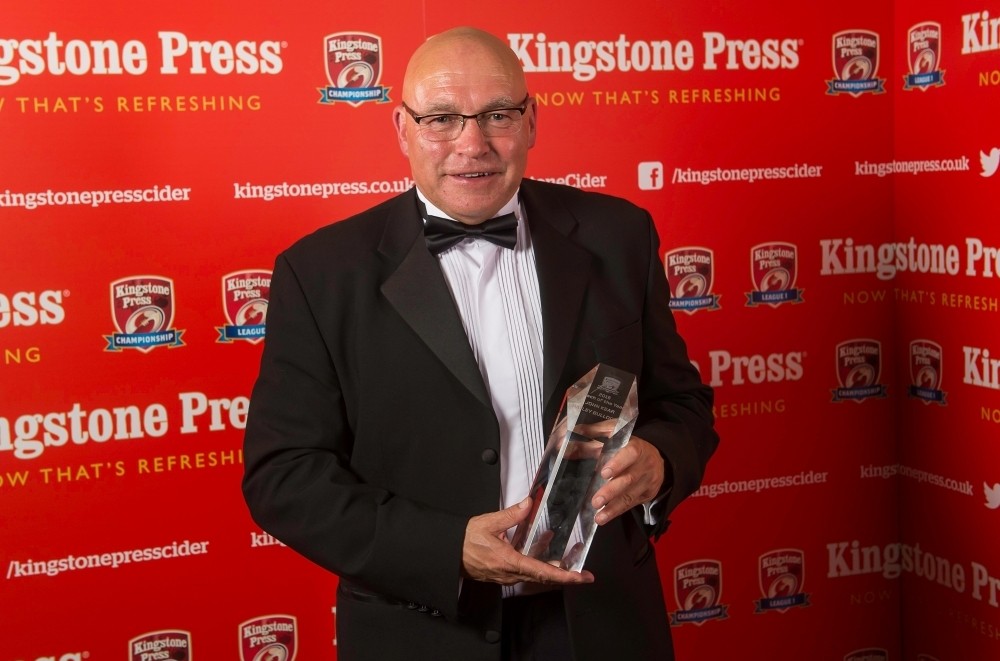 Wales Rugby League’s head coach John Kear has received one of the biggest awards in domestic Rugby League, that of “Championship Coach of the Year” for his work at Batley Bulldogs this year.

Kear’s side topped the Kingstone Press Championship table in the initial stages of the season and they eventually made the middle eights giving them the chance to play-off for promotion to Super League.

That, unfortunately for them, looks almost out of reach for 2016, but Kear’s work in getting the Bulldogs to that position was rightly honoured at the lavish RFL awards in Leeds on Monday night.

“This award means a great deal to me,” Kear said. “I think the major thing is that it’s been voted for by other coaches as it shows the respect that they have for you. It’s a really humbling award.

“I believe we’ve done a pretty good job at Batley. We’ve improved as the competition have gone on and to play in front of the large crowds recently have been a big reward for the players for their hard work.

“The players, board of directors and coaches have all been marvellous and I think the club can build from this in 2017.”

Kear will soon be transferring his concentration from club to country as he coaches Wales in the World Cup qualifiers.

“It’s a big autumn for Wales,” Kear added. “We as a nation, our group of players and coaches are looking forward to it greatly.

“It’s a tough qualification group but I certainly feel, we need to write the wrongs of the 2013 World Cup, not only just to qualify but then to perform better at the finals.

“It’ll be tough game against Serbia. I’ve seen some footage of their games and they’re big, robust and aggressive. They’re maybe not as game aware as some but will present a physical challenge. We’re still in dark about Italy as don’t know how many NRL players will be in their squad, but we’ll look at that as soon as we know. A lot to look forward to.”