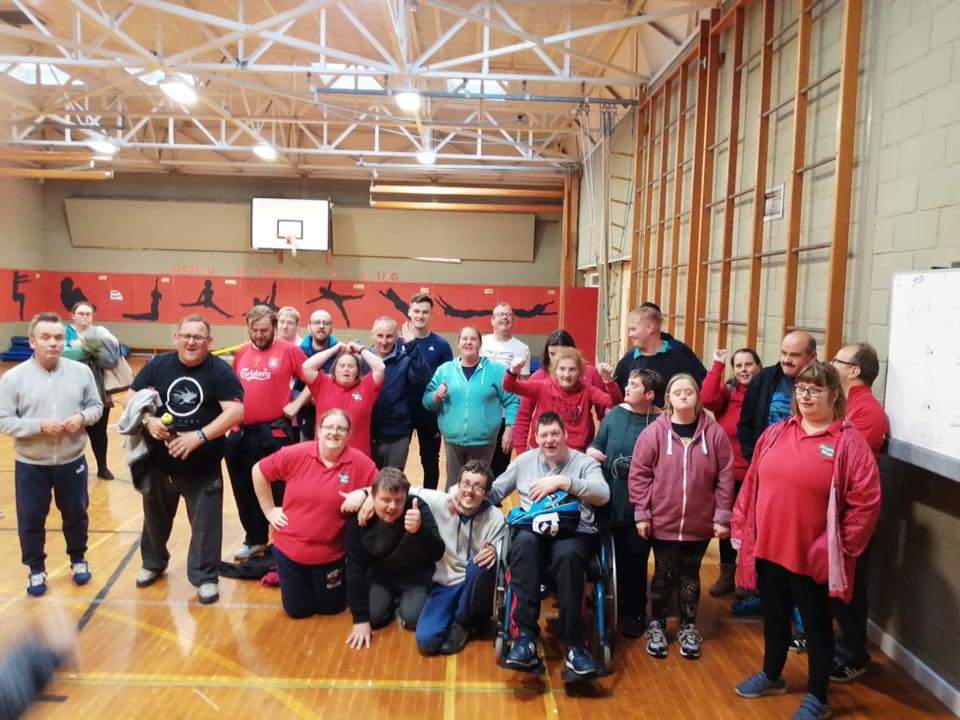 Two of the Wales Rugby League international players have been out in the community recently, delivering Learning Disability Rugby League sessions to a group of adults from Mencap Mon in Anglesey.

Dafydd Jones, along with his partner Lauren Oates, as well as William Lynch and his sister Victoria, have been taking the sessions, under the guidance of their father Neil Lynch, who is one the directors at Wales Rugby League.

Jones, who plays for Bangor University, and recently made his Halifax RLFC first team debut is set to line-up for Wales Students next week as they take on England, Scotland and Ireland in Edinburgh in this year’s Four Nations tournament. His campaign starts on Sunday against England (kick-off 1pm).

William Lynch, who is on the books at Leigh Miners Rangers, is a Wales U19 international and starred in their recent win over Ireland. He’ll be hoping to feature for the 19s again later this year as they also take on England, Scotland and Ireland as well as France. 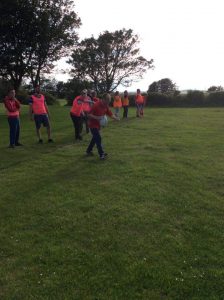 Learning Disability Rugby League (LDRL) is an adaption of the game developed to to allow those with learning disabilities to enjoy the game of Rugby League.

The emphasis in LDRL, which is played on a quarter-pitch with seven-a-side teams, is on inclusion and enjoyment. It was conceived to provide a team-sport experience to those who would previously would not have had such an opportunity. The games are non-contact and generally follow Tag RL rules.

Teams are allowed two able-bodied players who will play as facilitators, to ensure the match is both free-flowing and well-balanced. Typically the able-bodied roles are taken up by current or former Rugby League professional players. 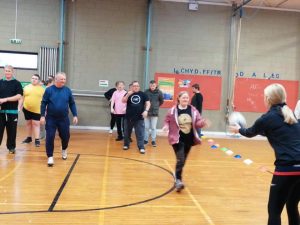 So far, two LDRL sessions have been held at Ysgol Uwchradd Bodedern in Anglesey. Around 20 people took part in each one and it has now been confirmed as a weekly event.

Neil Lynch, who decided to bring LDRL to Wales, said: “A while ago I contacted Dot Gallagher, the chairman of Mencap Mon, to see if there would be an appetite for a rugby session.

“I have also engaged with Sasha Williams the Anglesey County Council disability sports officer, who has kindly provided us with some much needed equipment to get us going, and Seiriol Edwards from Mencap Mon, who will support us with this project and assist us with an application to Sports Wales Community Chest fund. We will also seek WRL support of the application, at the next board meeting on Friday 26th July.

“I am running the sessions from Ysgol Uwchradd Bodedern from 7-8 pm every Wednesday until the summer holidays, where there will be a six-week break.

“It’s been a fantastic first two weeks. We’ve got people active, it will help to improve their health and wellbeing and will have social benefits.

To get involved or play, please contact Neil at neil.lynch@walesrugbyleague.co.uk.

To watch all matches in the Student Four Nations live, go to the Scotland Rugby League YouTube channel, and hit subscribe, at https://www.youtube.com/channel/UCsHnNiyDwakotvjZjYVks8A.