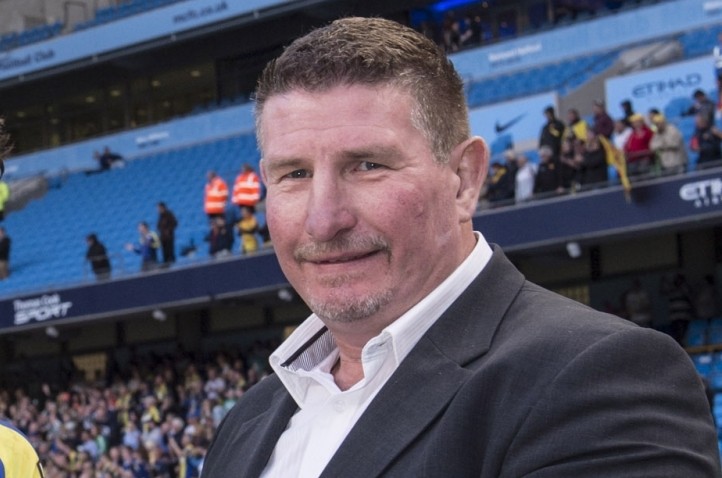 The 55-year old will work in this role alongside his current positions in rugby league in Hull, where he is Director of Rugby at St Mary’s College and also assists with the development programmes at City of Hull Rugby League Academy, the programme that feeds players to both Hull FC and Hull Kingston Rovers.

Crooks is one of the most successful players in the British game. His 17-year professional playing career took him to Hull FC, Leeds and Castleford in England and also Wests Magpies and Balmain Tigers in Sydney, these two clubs now merged as Wests Tigers in the NRL. In total he racked up 526 professional club appearances, scoring 76 tries, kicking 1,057 goals and 15 drop-goals for a total of 2,415 points.

On the representative side, he turned out for Great Britain 19 times, kicking 17 goals and touring Australia with the Lions in 1984, 1988 and 1992. He also played for England once, which was against Wales at The Vetch Field in Swansea in 1992, kicking four goals in England’s 36-11 win. He also represented Yorkshire three times.

After retiring, Crooks was head coach at Keighley Cougars and York and assistant coach at Hull Kingston Rovers before working for the Rugby Football League. There he ran their talent ID programme for eight years, looking after their regional camps and being in charge of selection for England’s youth sides. Following that, after a short spell as the head coach of Serbia, he took over as Regional Academy Manager in the North-East and helped to develop the successful Newcastle Thunder junior programme. He was in that area for three years before returning to Hull two years ago.

Crooks is delighted to be taking over as the Wales under 16s head coach. He said: “This is a great honour for me, I’m very privileged to be accepted into the role as I know that there were a lot of good applicants.

“What I want to do now is to continue the success of the Wales under 16s programme and I know my target is really to get the Welsh lads ready for the under 19s programme.

“I’m a skills-based coach and my role is to get all players competent in their relevant positions. I’m not structure-based, I do have a framework, but I like players to express themselves and see what they can do.

“I also know that getting Welsh players into Super League sides is vital for the full Welsh international side. I’ve a lot of connections throughout the game, especially in youth RL, so if we have some amazing talent in Wales, I will point them in the right direction, not just in City of Hull Academy but all round the country, I’ll distribute them across the game.

“The more Welsh players we can get across the game, the better for the future of Wales RL. I’ll be aiming to have lads from Wales who are new to the game as well as heritage players, as it’s important to get them on the WRL ladder straight away. The better the team we have, the more we can compete against nations like England and France.

“I have a lot of experience at coaching at junior level. I’ve had successes and made errors but I’ve always ensured that I’ve learned a lot from any errors I’ve made, so all of this will help WRL, the players, and those who are part of the coaching team.

“I can’t wait to get started in the new year.”

WRL General Manager, Paul Chambers said: “Lee Crooks is a fantastic appointment for Wales Rugby League. The knowledge, skills and experience that Lee has acquired throughout his many years of involvement in the sport will be a great source for the many talented young players in Wales to learn from. His passion for developing young players and teaching them the right skills set before they progress in the game will stand the players who get involved in this programme over the next few years in a great position to reach the top level in the game.

“The strength of all the applicants in the process of appointing a new head coach shows how highly regarded Wales Rugby League is, and means the whole coaching staff will be provide a high quality learning environment for everyone concerned.”

The assistant coaches in the Wales under 16 programme will be announced in the new year.