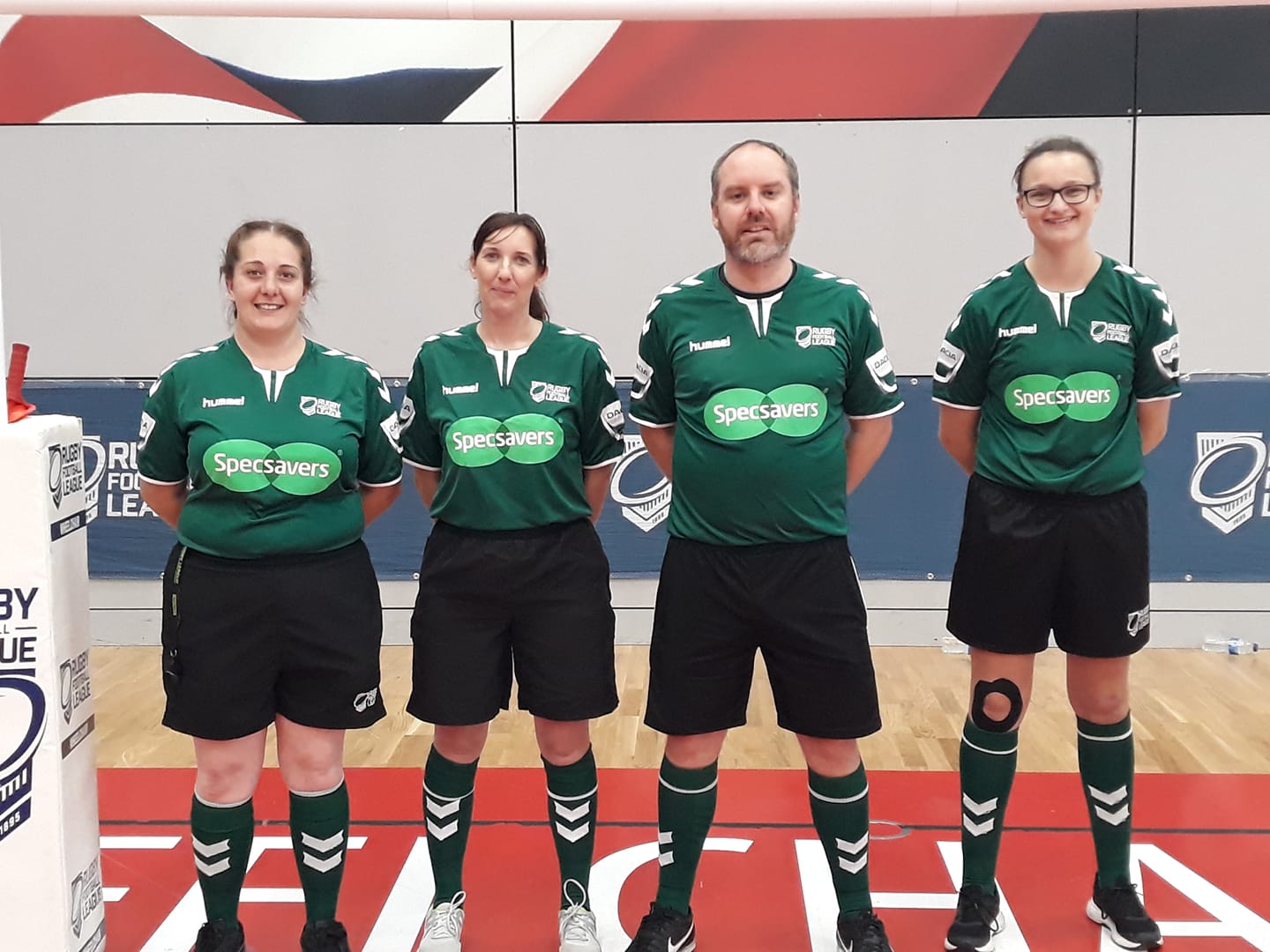 Over recent months, all eight nations participating in the tournament were requested to nominate up to two match officials to represent their nation at the tournament.

However as all of the available qualified officials in Wales are already involved in the World Cup in a playing or administrative level, Wales Wheelchair head coach Steve Jones nominated the duo he knew had proud Welsh heritage.

He said: “With all of the available Welsh Wheelchair referees already a part of the World Cup, we decided to nominate two who the Welsh team have adopted over the years.

“Kim and Lucy have a wealth of experience between them, and the way that they have gelled with the Welsh team and clubs over the years made them both an obvious choice for the Welsh nomination.

“When we were notified that Kim and Lucy had both been selected as part of the eight-person team of officials, we were proud and excited for them. We are confident that they will both have a great tournament and more importantly bring the level of professionalism and fun to the sport that everyone has come to love about the Welsh.”

All match officials at the tournament will be overseen by Wales Rugby League’s Head of Wheelchair Match Officials, Alana Sargent and the Rugby Football League’s Steven Abel, father of Kim.

Kim Abel said: “Firstly, I would like to thank my dad, Steven Abel, for the help and support over the last few seasons. He has been a big help, an inspiration and his continuous support on and off the pitch. Thanks also to Alana Sargent for her continuous support both on and off the pitch, and to the teams, players and coaches who put my name forward for this position.

“It’s a privilege to have been nominated, and to make the final selection was a complete shock. I am excited to be playing such a huge role in the forthcoming tournament.”

Redmond, whose family originate from Abersoch, said: “It feels amazing to be selected for the World Cup. After my first ever touch-judge game, my head of society called me and said my name was already being thrown about for the 2013 World Cup four years ago in France. Since then I’ve officiated in Challenge Cup and Grand Finals and now I’m looking forward to representing Wales in this year’s tournament.”

The squad of match officials will meet later this year for a training camp at World Cup venue and Wales Rugby League hosts, England Institute of Sport in Sheffield.