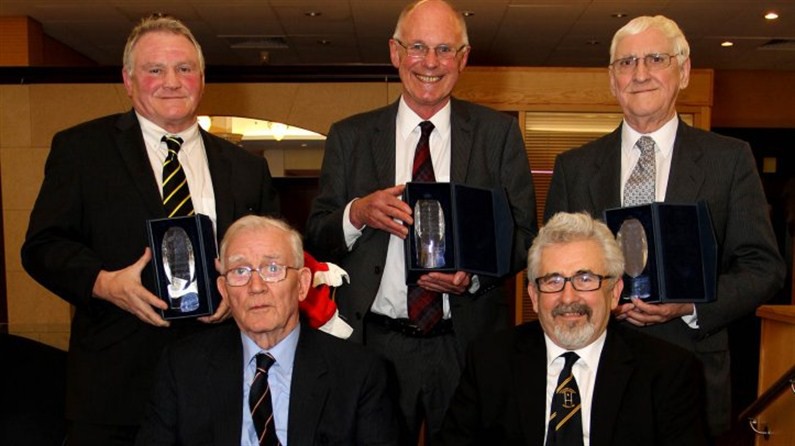 It is with great pleasure that Wales Rugby League announces that our President Mike Nicholas has joined the RFL Roll of Honour for 2012.

The Roll of Honour was introduced in 2003 and recognises individuals who have performed exceptionally on behalf of the game over a long period of time as players and/or administrators and volunteers.

Mike Nicholas has played, coached and helped develop Rugby League over five decades. Between 1972 and 1980 he made 152 appearances for Warrington, which included victory in the Challenge Cup Final in 1974. He won six caps for Wales between 1975 and 1979 and went on to manage the Wales Rugby League team in 1994.

“On behalf of everyone in Rugby League I would like to extend my heartfelt thanks to Ray, Ron, Mike, Jackie and Andrew for their outstanding support for the sport,” said RFL Chairman Richard Lewis.

“Their inclusion on the RFL Roll of Honour is thoroughly deserved and is an acknowledgment of their exceptional commitment and dedication over a sustained period.”

All five inductees were inducted on to the RFL Roll of Honour at a luncheon in Bradford on Sunday January 29.