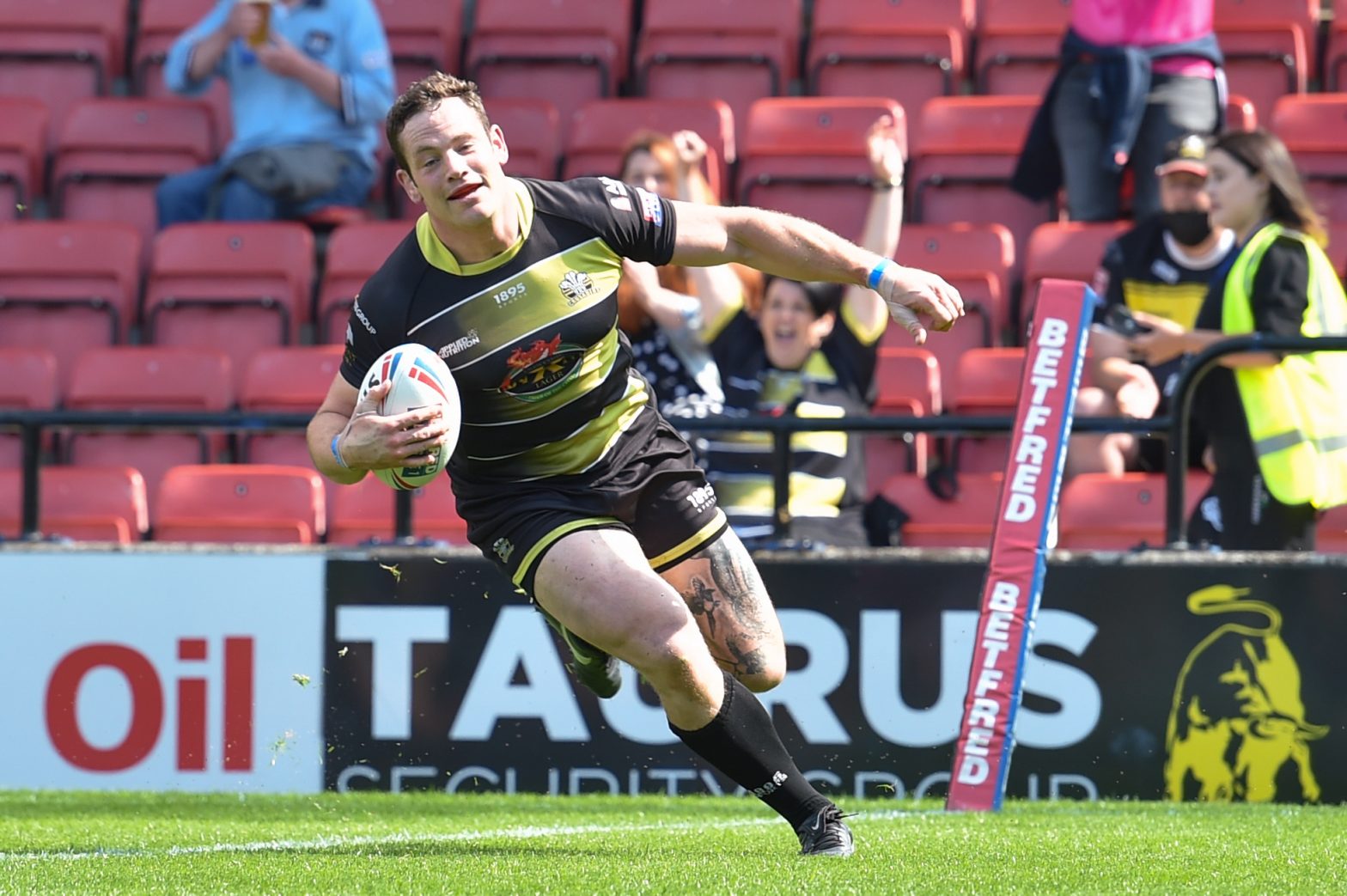 Cornwall RLFC, North Wales Crusaders and West Wales Raiders will compete for the newly incepted and titled Celtic Shield during the 2022 season.

The Shield will be up for grabs this coming Saturday, April 2 at Stadiwm Eirias when North Wales Crusaders host Cornwall RLFC (kick-off 5.30pm) in what will be the Choughs’ first ever professional rugby league match.

Alongside the two Betfred League 1 points that will be on offer for the victors in Colwyn Bay, the winning side will also be awarded the Celtic Shield.

The holders will then be in possession of the trophy until they next play another of the Celtic sides. This means that if Anthony Murray’s Crusaders are victorious on Saturday evening, they will put the Shield on the line when they host West Wales on Saturday, April 30.

However, if Neil Kelly’s Cornwall RLFC side prevail in North Wales, they will battle to keep the shield on Sunday, May 15 when Ashley Bateman’s Raiders cross the border into England and visit the Memorial Ground, Penryn.

With both Cornwall and Wales’ time-honoured Celtic connections (which includes the two languages deriving from the same source), this new competition will add further excitement to a history-making 2022 season for rugby league on these shores. The Celtic Shield will also add extra intrigue and spice to Cornwall’s Betfred League 1 debut on Saturday with a bumper crowd forecast to descend to the Welsh coast.

“The Celtic Shield is a fantastic initiative between the Celtic clubs of the Rugby Football League,” enthused Cornwall RLFC chairman Eric Perez. “This new challenge shield will help to create a rivalry and camaraderie between the three clubs – Cornwall RLFC, North Wales Crusaders and West Wales Raiders. We look forward to the first match on Saturday in Colwyn Bay against North Wales and some hard-fought competition for years to come.”

The words of Cornwall supremo Perez were echoed by North Wales Crusaders chief executive Andy Moulsdale and he added:

“League 1 is as diverse as it’s ever been, with clubs spread out across the United Kingdom helping develop the sport.

“With that in mind, it’s fantastic to be competing for the Celtic Shield alongside Cornwall and West Wales Raiders.

“We’ve had a lot of interest in Saturday’s match in Colwyn Bay and we hope the Celtic Shield gives rugby league fans far and wide another reason to pop over to the North Wales coast.

“Our supporters are well-known for their friendly nature and getting behind our players so we’re looking forward to giving Cornwall a very warm welcome this weekend.”