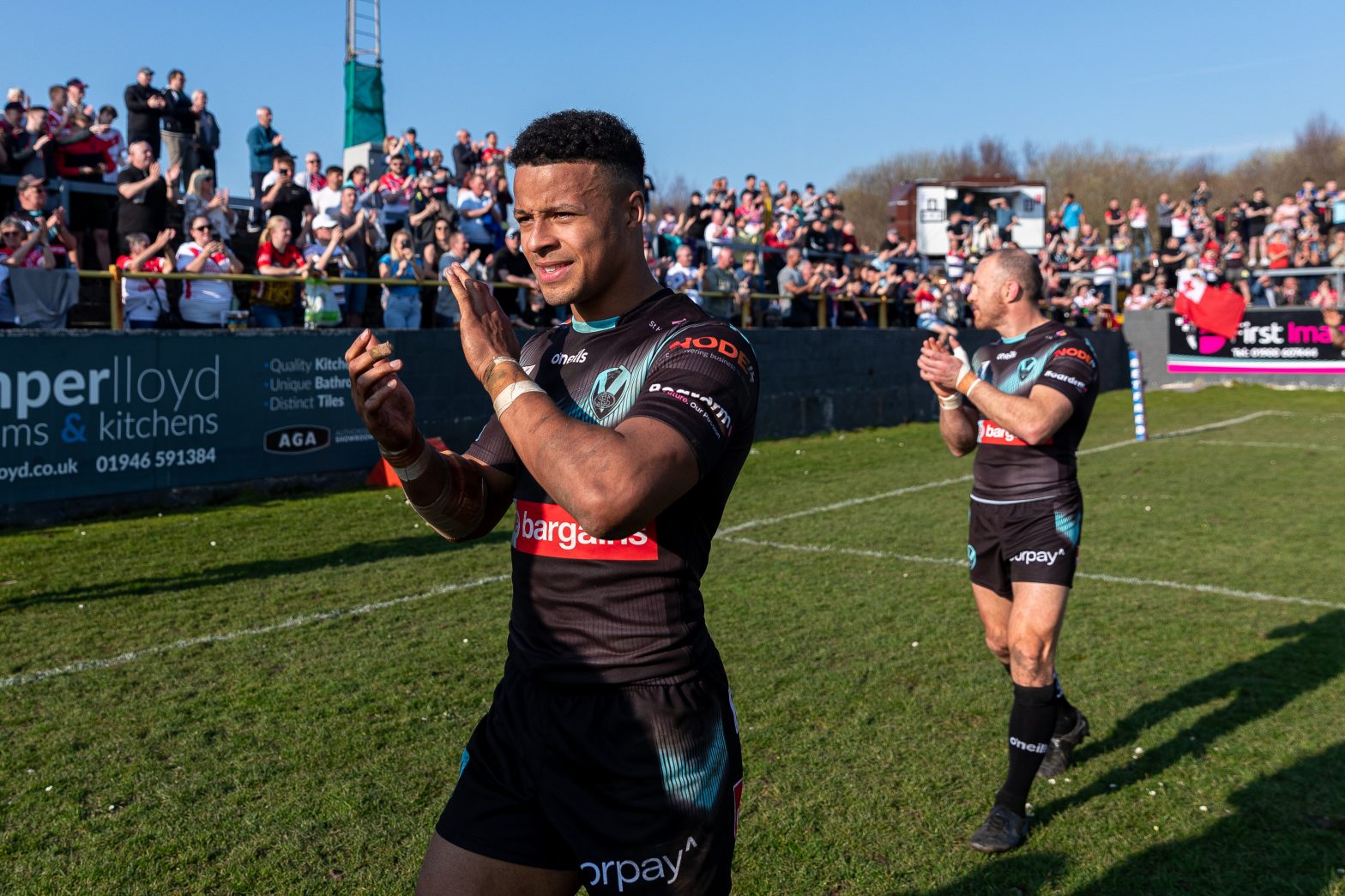 There was men’s and women’s Challenge Cup action last weekend. Wigan Warriors Women beat Dewsbury Moor 62-0 where Carys Marsh was amongst the try scorers. Meanwhile, Fern Davies came off the bench for Warrington Wolves as they beat Barrow Raiders 36-16.

In the men’s Challenge Cup, Regan Grace made a return from injury for St Helens as the holders started their defence of the trophy as they beat Whitehaven 46-4. Lewis Dodd scored a try for Saints as part of that win. Opposing them were uncapped Welsh qualified players Will Evans and Connor Holliday. Saints will face Catalans Dragons in the next round and the French side, with Gil Dudson playing, had a tough 27-14 win over Featherstone Rovers. Caleb Aekins (Leigh Centurions) and Rhys Williams (Salford Red Devils) were both on the losing side in the Cup, Leigh narrowly defeated 24-18 at Hull Kingston Rovers and Salford well-beaten 20-0 at Wigan.

The League 1 season kicked off and West Wales Raiders naturally fielded a lot of Welsh players with men’s international Joe Burke captaining the side. Sam Pridgeon, Shane Lee, Dafydd Phillips, Darrel Moyle (all Wales Dragonhearts) and Macauley Harris (Wales Students) were also in the side, as were Welsh-born Will Odgers and Lloyd Allen. Harris scored the final try of the game as Raiders were well-beaten 82-4 at Swinton Lions for whom Mike Butt and Rhodri Lloyd each scored two tries. Elsewhere in League 1, Gavin Bennion and Rhys Davies were on the losing side for Rochdale Hornets who were beaten 36-34 at home to North Wales Crusaders.

In Australia, Bradman Best scored a try for Newcastle Knights, who also fielded Tyson Frizell, as they went down 38-20 at Penrith Panthers. In the NSW Cup, Bailey Antrobus was on the wing for St George Illawarra Dragons Reserves as they lost 50-10 to Newtown Jets, whilst in the Jersey Flegg Cup, Trent Griffiths came off the bench as South Sydney Rabbitohs U21 were beaten 42-18 at Sydney Roosters. In the Sydney Shield, new St Marys captain Daniel Brown helped his side to a 22-6 win over Hills Bulls. Finally, the Brisbane Rugby League season kicked off this weekend, and James Olds was playing at full-back for Valley Diehards as they beaten 14-4 at Wests Panthers.

In a rearranged Wheelchair Super League match, played on what should have been a blank weekend for international training, Jodie Boyd-Ward scored two tries for Leeds Rhinos as they went down 52-44 to Halifax Panthers. The match was stopped prematurely due to injuries to Boyd-Ward and her team-mate Ewan Clibbens. Boyd-Ward has badly bruised ribs and an injured hand, but knowing her, she won’t be out of the game for too long!