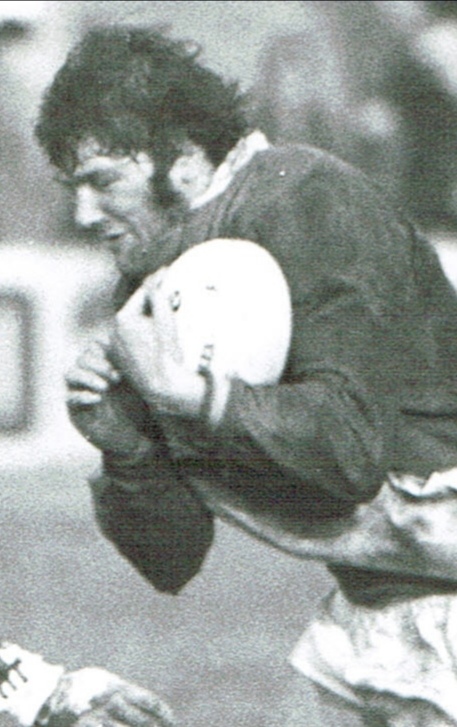 Described by his home club Resolven RFC as “their most decorated son”, Mel won 11 Welsh caps, making his debut against England in the 1975 World Championship. It was his only game in that tournament as injury had kept him out of the early stages. He was also a Great Britain tourist in 1979 but only played in tour matches, not in the tests.

Starting off at his local club, Resolven, Mel James joined Swansea RFC in 1968 and played 183 times for them before turning professional with St Helens in October 1972. He made 321 appearances for the club, scoring 41 tries, and it could have been a lot more had he not suffered a broken leg for Saints against Australia in November 1973 which put him out of the game for 16 months. He was back to full fitness by the 1975/76 season where he helped St Helens to a treble of BBC2 Floodlit Trophy, Challenge Cup Final and Premiership Final wins. He added another Premiership medal in 1977.

He retired in 1983 and returned to Resolven where many of his shirts are now on display at the rugby union club. The club have described him as “a man who will be sadly missed in the village & far beyond”. His wife Linda and his immediate family were with him when he died.

Everyone at Wales Rugby League send their heartfelt condolences to all of his family and friends.