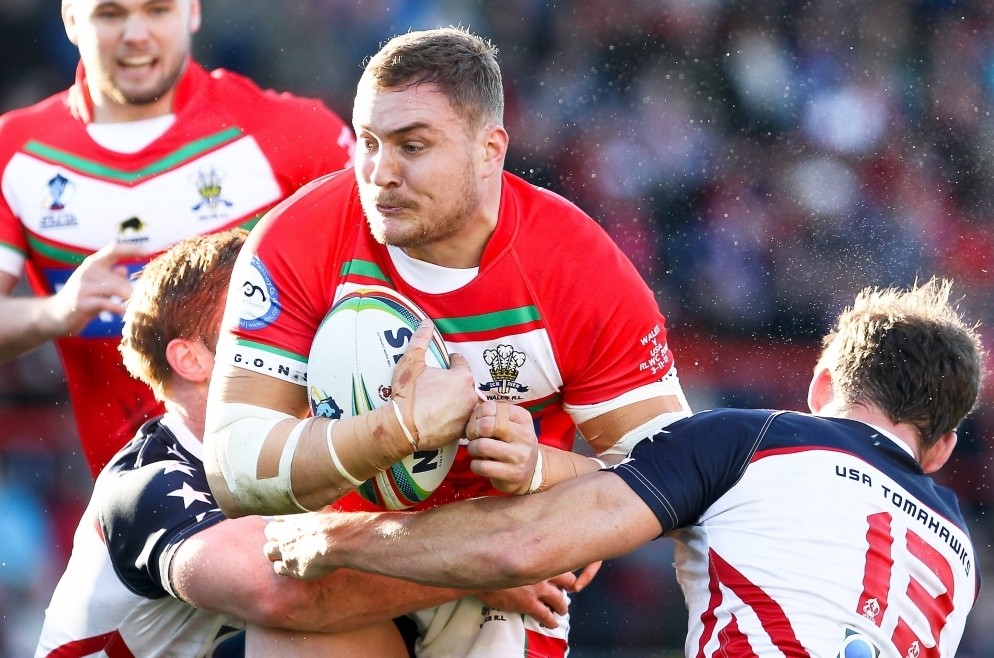 Two former East v West Wales under 15 origin Rugby League players have wished the current crop of youngsters good luck as they take to the field this Sunday at Cardiff Arms Park as part of Big Welsh Derby day.

East take on West at both under 14 and 15 levels in Cardiff with the action starting at 9am. It’s all part of a big day of Rugby League culminating in South Wales Scorpions facing North Wales Crusaders (kick-off 3pm).

Gil Dudson, now of Widnes Vikings, took on Jamie Murphy, now of Gloucestershire All Golds, in the 2005 under 15 encounter at the Brewery Field in Bridgend.

The forward has since played in Wales internationals at the Millennium Stadium and Wembley and has won medals with Wigan Warriors at both Wembley and Old Trafford.

But he has said that it was the East v West under 15 clash ten years ago that made him realise that he wanted to build a career in Rugby League.

“The East v Wales under 15 match was a great experience and gave me my first taste of some competitive Rugby League,” he said. “That’s when I knew I wanted to play league instead of union and wanted to go as far in the game as I could.

“I signed for Celtic Crusaders and played Super League with them before going on to Wales, Wigan Warriors and Widnes but I wouldn’t have this without the fantastic junior development system that we’ve had in South Wales for so many years.

“All the best to everyone taking part on Sunday and enjoy playing your Rugby League.”

Murphy, who also played for Crusaders in Super League after signing from South Wales Scorpions, playing alongside Dudson for both clubs. He switched codes to play for Ospreys, Bridgend Ravens, Aberavon and Newport before switching back again last month.

“I remember the game quite well,” he said. “I was playing at stand-off and scored the first try. We lost against a good East Wales side – they just had a little bit more quality than us.

“That experience helped me a lot. I think there was a decent crowd there and I ended up playing against Scotland under 15s not so long after and scored four tries to help us to a 68-4 win.

“Good luck to all taking part give it everything you got.”