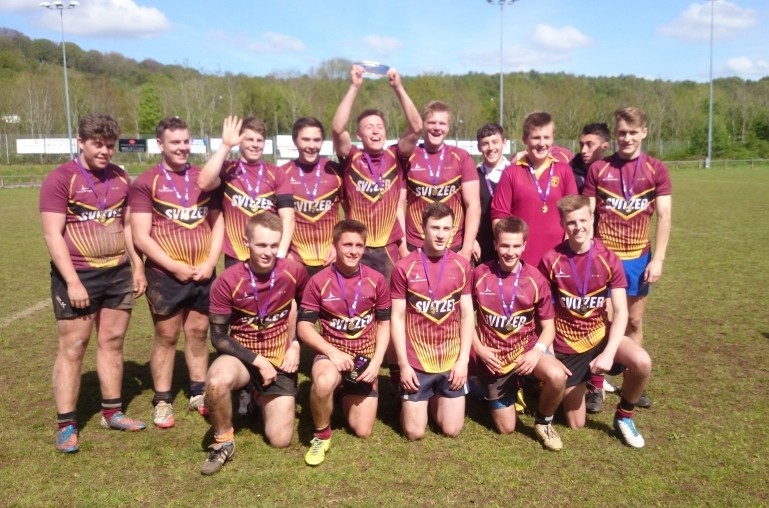 The Year 8 final between Ysgol Y Strade and Ysgol Gyfun Cwm Rhymni was postponed due to a clash with exams for one side and will be replayed.

Here are the reports…

Glantaf from Cardiff won the first game of Welsh Champion Schools finals day but it took extra time to defeat a plucky Strade side from Llanelli.

There were early chances at both ends with defences holding out well. It took 20 minutes for Strade to break the deadlock as David Jones went over from dummy half and converting himself.

Glantaf levelled straight away when Isiah Johnson broke from the 50 metre line to score and Jake Hillman converted.

Jones went over for an almost identical try to give Strade the lead back before Adam Thomas increased the lead further. Jones converted the second of these to make the score 16-6.

Glantaf pulled one back early in the second half as Hillman touched down and converted to make it 16-12 then from kick-off A long range try from Drew Stephens levelled things again with Hillman’s goal giving the Cardiff side the lead back.

But in this seesaw encounter, an excellent set of six culminated in Rhys Ratner scoring for Strade and Jones adding the extras. 22-18 to Strade.

An unconverted try from Harry Ryan levelled things again before Callum Baldwin scored from kick-off, converted by Hillman to make it 28-22 to Glantaf.

Once again Strade struck back following an error from kick-off and Steffan Richards scored under the sticks with Jones converting again to make it 28-all.

And that’s the way it stayed up until the full-time whistle. Glantaf were first to score in extra time with Hillman scoring but hitting the post with the conversion attempt, extending the lead to 12 points in the second half of extra time after Drew Stephens scored under the sticks and Hillman converted before adding a penalty goal.

It took over 20 minutes for the first scorer of the year 9 final too. A breakaway try from Eddie Greenway converted by Dewi Thomas gave Cwm Rhymni a 6-0 lead.

Pencoed struck back almost straight away when Josh Sands went over for an unconverted score to make it 6-4 at the break.

An Ethan Davies try gave Pencoed an 8-6 lead early in the second half. Tom Bending, then Davies again added tries to extend the advantage to 16-6.

Greenway ran down the wing to get a try back for Cwm Rhymni but the game was made safe after Brogan Parrish scored in the corner to make it 20-10.

Cwm Rhymni pulled a try back at the death through Dylan Howells which Thomas converted to make it 20-16 but Pencoed held on.

Glantaf warmed up for their forthcoming national semi-final as they ran away with a 30-14 Welsh Final win over Strade.

Two early tries from centre Rhodri Thomas and one from winger Iwan Jones, that one converted by Jac Lloyd made it 14-0 in as many minutes before Strade started to get into the game, having a try disallowed for a forward pass.

After that let-off, Glantaf worked their way upfield and got a fourth through Finn Lovett before Iwan Jones notched his second to make it 18-0 at the break.

Cai Marcus Jemmet ran over for the fifth try of the game not long after the interval before Thomas claimed his hat-trick to make it 26-0.

In the last ten minutes, Strade staged a mini revival. First, +Lewis Daniel scored in the corner and Osian Evans did well to convert.

Luke Jones followed him over from kick-off and Evans goaled again to bring the score back to 26-12.

However a late Gwilym Evans try cemented the game for Glantaf and they can now concentrate on taking on Cumbrian’s best in the national semi-final.

Monmouth too an early lead when Nathan Brooks ran over on the wing and did well to convert himself.

Pencoed levelled straight away when Tommy Reffell scored under the posts and Matthew Wilmot converted.

Still only on 11 minutes and Zack Taylor scored in the corner to give Pencoed a 10-6 lead.

A break from the half-way line gave Pencoed their third through Brandon Thrasher before Jordan Bissett added a fourth, converted by Wilmot to make the score 20-6.

Monmouth hit back again when Brooks scored his second and converted again and make the score 20-12 at the break.

The sides quickly swapped tries when the second half started. First Callum Palmer scored for Pencoed with Wilmot converting, then straight away Paris Thomas replied for Monmouth with Brooks adding the extras.

Pencoed extended their lead again when Taylor got his second, again in the corner, before Dan Whitstance reduced the gap again when he scored under the sticks and Brooks converted. 30-24.

Brooks claimed his hat trick to make it 30-28 but this time he couldn’t improve the score and Pencoed had a slender lead going into the last quarter.

With ten minutes to go, Palmer ran over for his second that Wilmot converted to make the score 36-28. Tom Williams stormed over from the next set to seal the win.