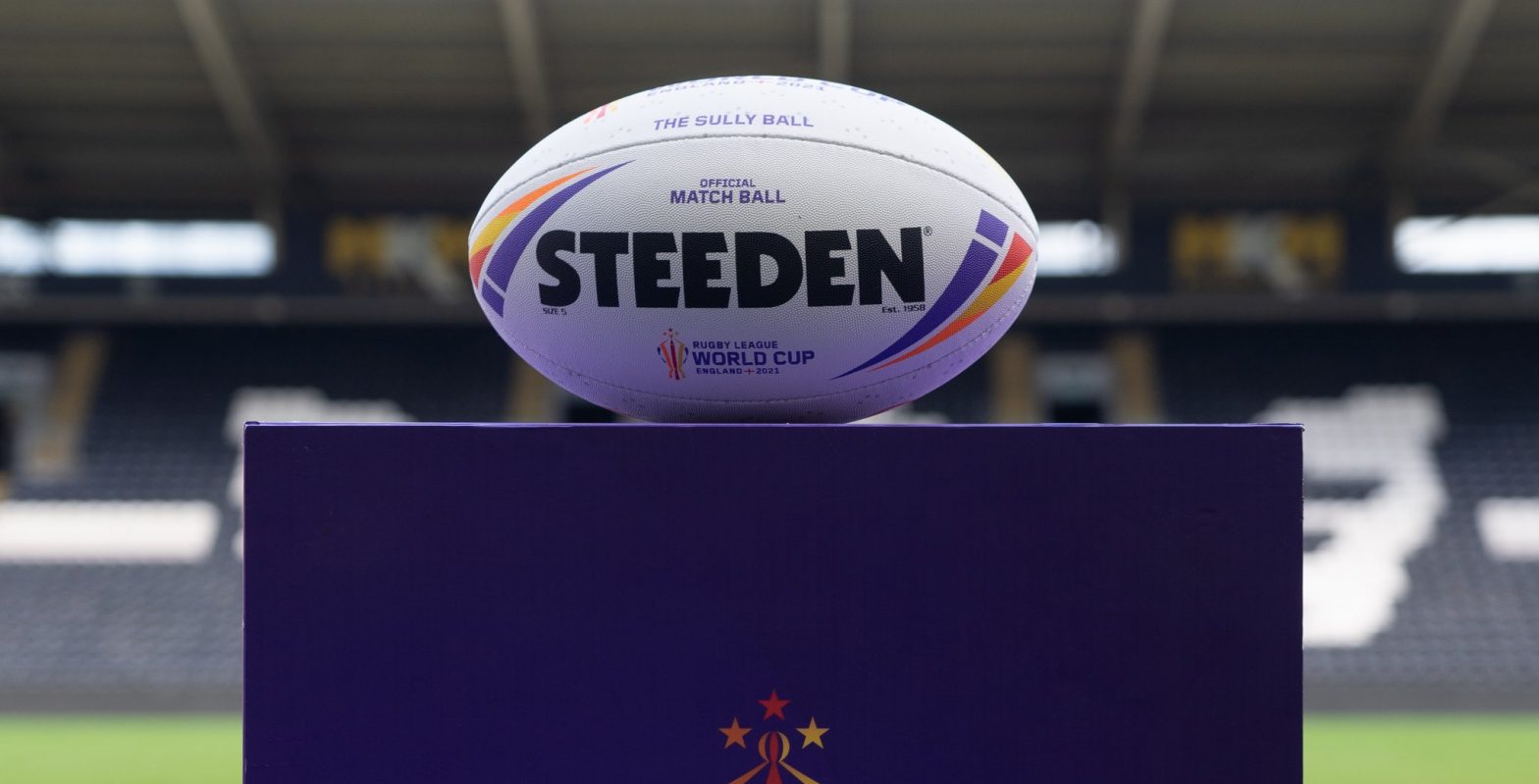 The ‘Sully Ball’ will be used in all 61 RLWC2021 matches across the men’s, women’s and wheelchair tournaments. The match ball has been designed in collaboration with the Sullivan family and Steeden to represent the core values of the tournament, the history of International Rugby League and recognise the significant positive impact Sullivan had on the sport.

Sullivan, a proud Welshman, won 15 caps for his country, four of them in the 1975 World Championship, including the win over England in the famous “Battle of Brisbane“.

Last year, Sullivan was named as one of three Welsh rugby league players to be honoured with a new statue in Cardiff Bay as part of the One Team. One Race: Honouring the Cardiff Bay Rugby Codebreakers project, the other two being Billy Boston and Gus Risman. On April 9th, 2021, Google celebrated Clive Sullivan’s 78th Birthday with a Google Doodle.

Sullivan made his Great Britain debut in 1967 and was awarded the captaincy five years later, leading the Great Britain side to World Cup victory in 1972. As well as being the first black sportsman to captain a team representing Great Britain, he scored a 60-metre try in the final against Australia, cementing his place as a British sporting icon. He eventually won 17 Great Britain caps in total.

Next year, 50-years on from the 1972 World Cup, Sullivan will be at the heart of history again when the men’s, women’s and wheelchair tournaments take place across England.

The ‘Sully Ball’ was unveiled today at the MKM Stadium, the home of Hull FC where Sullivan remains the all-time leading try-scorer. The MKM stadium in Hull will host three RLWC2021 matches and those who are traveling to the games will likely approach on Clive Sullivan Way.

“It is important to celebrate the rich and vibrant heritage that the sport has and this is a wonderful opportunity to bring to life a key moment from past history. What Clive achieved in Rugby League is phenomenal and the wider impact he had in sport and society will always be remembered.

“We are thankful to the Sullivan family and Steeden for their support and for the opportunity to honour Clive during the 50-year anniversary of the 1972 World Cup winning team at the biggest and best ever Rugby League World Cup next autumn.”

Sullivan’s son Anthony Sullivan, a former Wales and Great Britain international, said: “My father would be both honoured and humbled to see his achievements recognised in this manner. He would, I am sure, take this opportunity to pay tribute to his teammates and the staff involved in that inspirational World Cup victory.

“For all of the family it will be very special to see him appreciated in this way and for his name to positively impact future generations within the sport.”