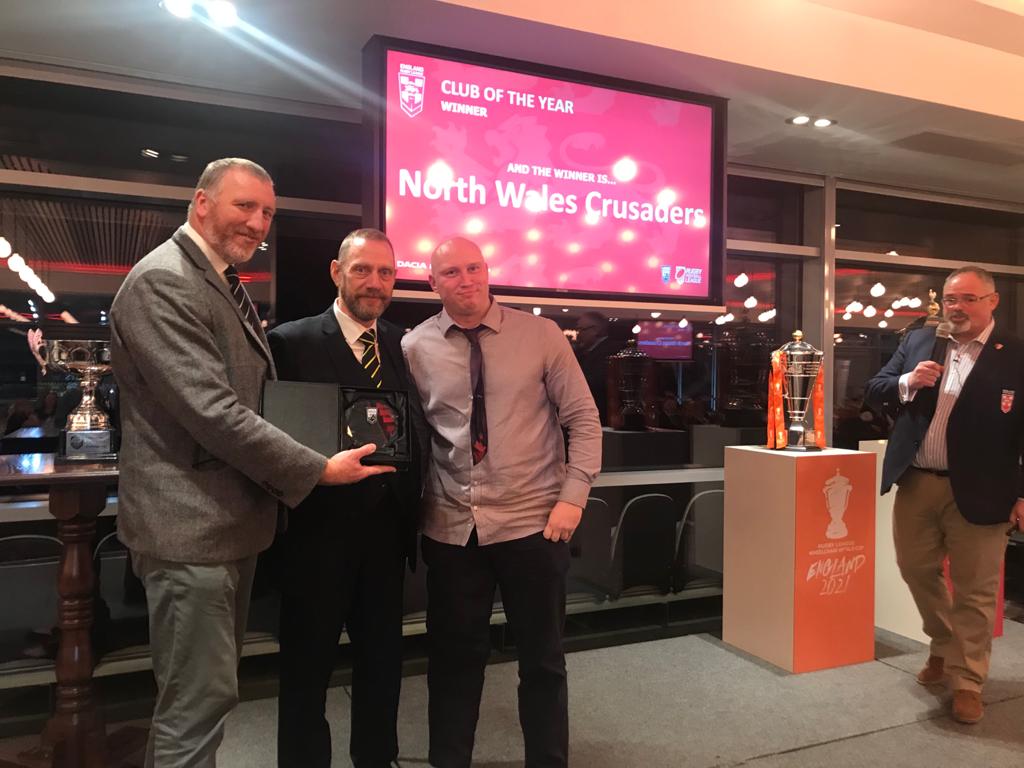 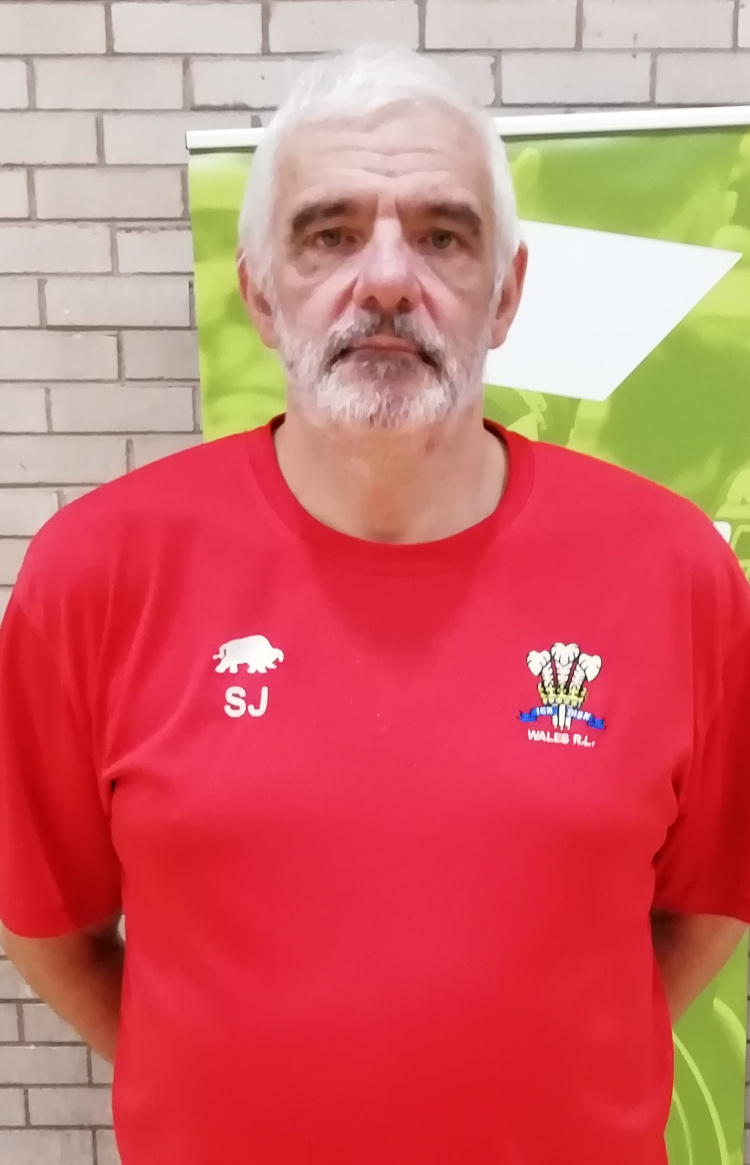 Jones (pictured) had an outstanding 2019 with club and country. He coached North Wales Crusaders to a creditable third in the Wheelchair Super League, only behind Grand Finalists Leeds Rhinos and Halifax, and did well to pull off some memorable wins. They also provided the bulk of the Welsh national side who won the Celtic Cup for the fourth year in a row, and ran England close in an autumn Tri-Nations.

Wales Wheelchair captain Stuart Williams, lost out on the main Golden Boot award to England captain Jack Brown. He however was on hand to receive the award, alongside Wales team manager Mark Andrew Jones (no relation to Steve) for “Club of the Year” that was won by North Wales Crusaders Wheelchair.

They were presented at the first ever International Rugby League and RFL Wheelchair awards at Emerald Headingley Stadium in Leeds on Friday night.

A delighted Steve Jones said: “It’s an honour to even be nominated against some amazing coaches, never mind winning. It’s still sinking in. I’d like to thank all those that have helped me in the last year and without them it wouldn’t of been possible.

“Also, for Crusaders to be nominated for club of the year was fantastic, but to then win it is brilliant. It’s all down to the players, volunteers, coaches, the charity and the attitude and drive of everyone. It’s a very proud day for the club.”

Wales Rugby League also made two presentations of their own. CEO Gareth Kear honoured Williams as the WRL Player of the Year, whilst a cap was presented to Stephen Halsey, who has made five appearances for his country since his Wales debut in 2018.

Kear said: “North Wales Crusaders and Wales Rugby League have been pioneers for Wheelchair rugby league and it’s wonderful that tonight that some of that effort and success has been recognised.

“Huge congratulations to North Wales, Steve Jones and Stuart Williams. We move forward with huge confidence towards playing Australia in October and the World Cup in 2021.”