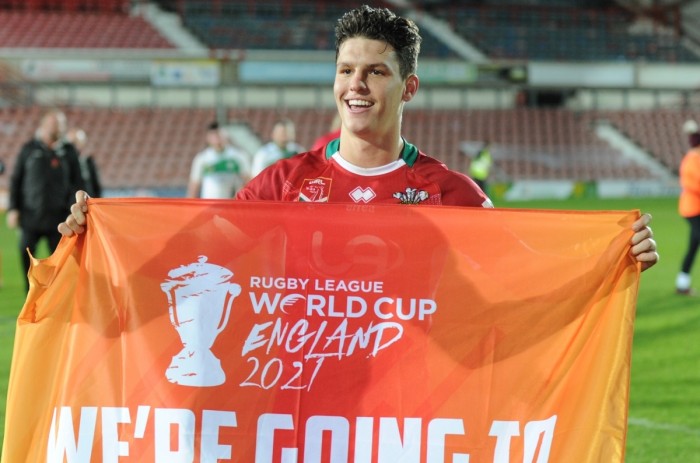 Josh Ralph is the latest member of Wales’ elite train-on squad we focus on in our series of features ahead of Rugby League World Cup 2021.

The 23-year-old Australian, who qualifies to play for Wales through his grandmother, earned his first cap in the defeat to Ireland in Perth during Rugby League World Cup 2017.

Ralph then featured in all of Wales’ European Championship fixtures in 2018, playing a key role in the halves alongside Elliott Jenkins as John Kear’s side qualified for next year’s tournament.

After starring for the junior sides at NRL clubs Gold Coast Titans and Newcastle Knights, Ralph moved to Queensland Cup outfit Tweed Head Seagulls and later had a spell with Easts Tigers in the same competition.

He has recently moved to Sydney and is weighing up offers from a couple of clubs in the New South Wales Cup.

Like all of Wales’ heritage players, the fact Ralph wasn’t born in the country he represents doesn’t mean he lacks any passion.

“Playing for Wales is a pretty proud moment every time I do it,” Ralph said.

“I’ve got so much passion for representing Wales.”

The past year or so has been a tough period for Ralph, with an ACL injury keeping him out of action for that period of time, but he is now fit again and hoping to impress head coach Kear ahead of the World Cup.

He said: “I was probably back around June. I had a knee reconstruction so that was around nine to 12 months out.

“Looking into the future, the World Cup was keeping me motivated because it’s my goal to play in the tournament.

“I’ve been doing a lot of my own training and COVID being what it is has probably given me the opportunity to focus more specifically on myself.”

And the halfback believes the Welsh squad is in a good position heading into the tournament.

Ralph said: “I think the biggest thing we took out of the European Championship in 2018 was that it probably took us a full game to get the hang of playing with each other as we had a fairly new squad.

“Once we did that, we were really good and we started rolling. It’s a real shame we don’t play more games and I know there were talks about us playing a lot more this year.

“Being around each other, training more and playing games is when we’re at our best.

“It’s a shame we haven’t been able to play together more ahead of the World Cup, but we’ve all now got a bit more experience and we definitely know each other a lot better.

“I was thinking the other day about the 2021 World Cup, but then you look at the one in 2025 and myself and a lot of the other lads could be playing in that one as well.

“It’s good as it shows the future of rugby league is really bright in Wales.

“We’re coming into the World Cup on the back of a European Championship we did really well in and I thought we competed well in the 9s World Cup as well.

“We’ve got this confidence about us that we might not have had in a long time.

“It’s really exciting and I don’t really care who we’re playing against. It’s about us and what we can do.”