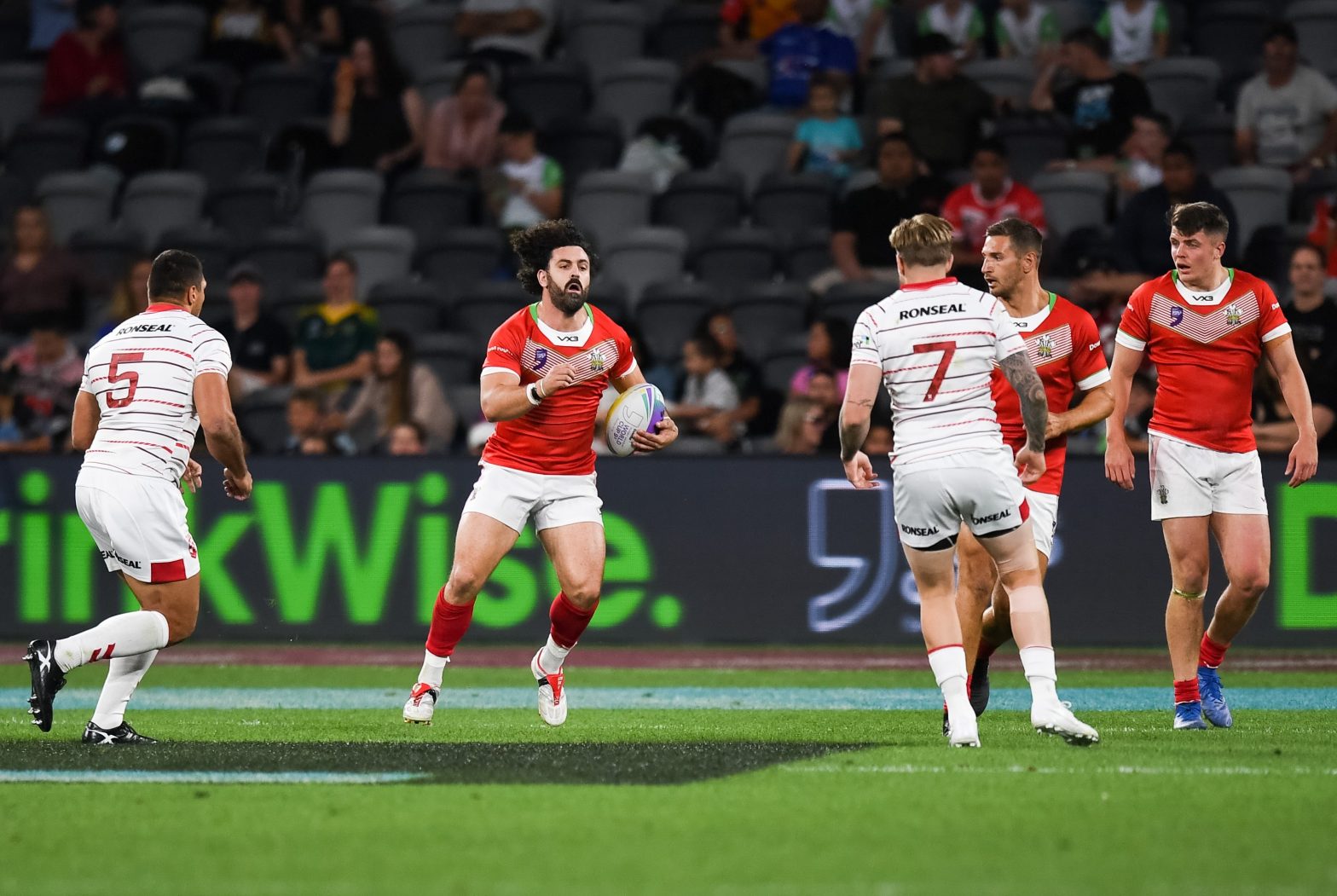 As the countdown to Rugby League World Cup 2021 continues, we’ll be speaking to each of the players in the elite train-on squad for Wales’ men’s team, starting with Salford Red Devils winger Rhys Williams.

The 30-year-old, who made his Wales debut back in 2008, is currently the all-time leading try-scorer and joint-top of the list for caps, boasting an impressive 22 tries in 30 appearances to date.

Williams started out in rugby union and was picked up by Scarlets, but he switched to rugby league and soon made his name in the 13-a-side code.

After progressing through the academy set-up at Warrington Wolves, the winger spent time on loan at the likes of the old Crusaders club and Castleford Tigers, before heading to Australia for a year with Central Queensland Capras.

On his return to the UK in 2015, Williams joined London Broncos and stayed in the English capital until the current season, opting to remain in Super League with Salford. 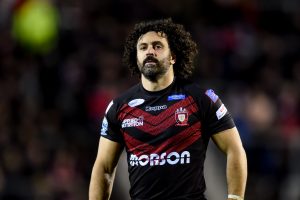 After a solid start to life with the Red Devils, the 2020 campaign was paused because of the coronavirus (COVID-19) pandemic, with matches getting back underway a couple of weeks back.

“After four months of training at home and doing your own thing, it was good to get back on the field as a team,” Williams said.

“Everyone was chomping at the bit to resume the season and get back to some normality.

“To play the first game and hit the ground running like we did was pleasing to see, continuing where we’d left off after the Wigan game.

“It’s probably the longest period I’ve not played a game of rugby in seven years.

“With playing internationals, I normally have a short pre-season of a month, or a month and a half, and then I’m back playing again. I’ve conditioned my body in line with having short pre-seasons.

“Having four months off and training without knowing when you’d be playing was a different challenge in itself.”

Playing in Super League for the second consecutive season now, Williams believes it’s important to have plenty of Welsh players plying their trade on the biggest stage.

“The more lads playing in Super League, the better,” he said.

“It’s obviously a lot higher intensity than the Championship. That’s no disrespect to the Championship because it’s a very tough competition but, for us to be competitive as a nation, we need as many players competing in Super League as possible. It’s good to see that there is a good chunk of the lads doing that.

“We’ve been together for a while now as a squad. To have players like Regan Grace and Josh Ralph, who played in the last World Cup, still around is great as they’re going to be important for us in future years. These young players will hopefully push on the next group like we have.

“It’s great to see that we’ve got a core group of players who all enjoy playing for Wales and coming into camp. That’s half the battle with an international team. It’s about being around each other and enjoying it.”

With Williams now arguably entering his peak years, he still wants to continue representing his country for many years to come.

He said: “It’s been more than 10 years now that I’ve been playing for Wales and I wish there were more games.

“I want to dedicate my career to playing for Wales. International rugby should be the pinnacle of your career.

“I feel proud that I’ve played for Wales for so many years. Hopefully, when the young lads come into camp and see how much it means to us, they will take note and carry that on.

“I’m only 30 so, as long as I’m training hard and playing hard, I’m always going to put my hand up.

“I never think too far beyond the year I’m in. I’ve only missed one game and two games of 9s in six years.

“I know my body a lot more now and I know what I have to do week-to-week to maintain the standards to play Super League and international rugby.”

The winger sees the next World Cup as a great opportunity to the continue the progress made over the last couple of years, with Wales’ young squad showing plenty of promise during the 2018 European Championship.

“We just need to forget about the last World Cups. There’s nothing we can do about those,” Williams said.

“We can only look forward to these games and treat them with every bit of respect the teams deserve.

“More than anything, I’m looking forward to it. I can’t wait for the World Cup to come round and that’s been the same with the last few tournaments.

“They’re great to be part of. To say I would’ve played in three, it would certainly be a proud moment.”