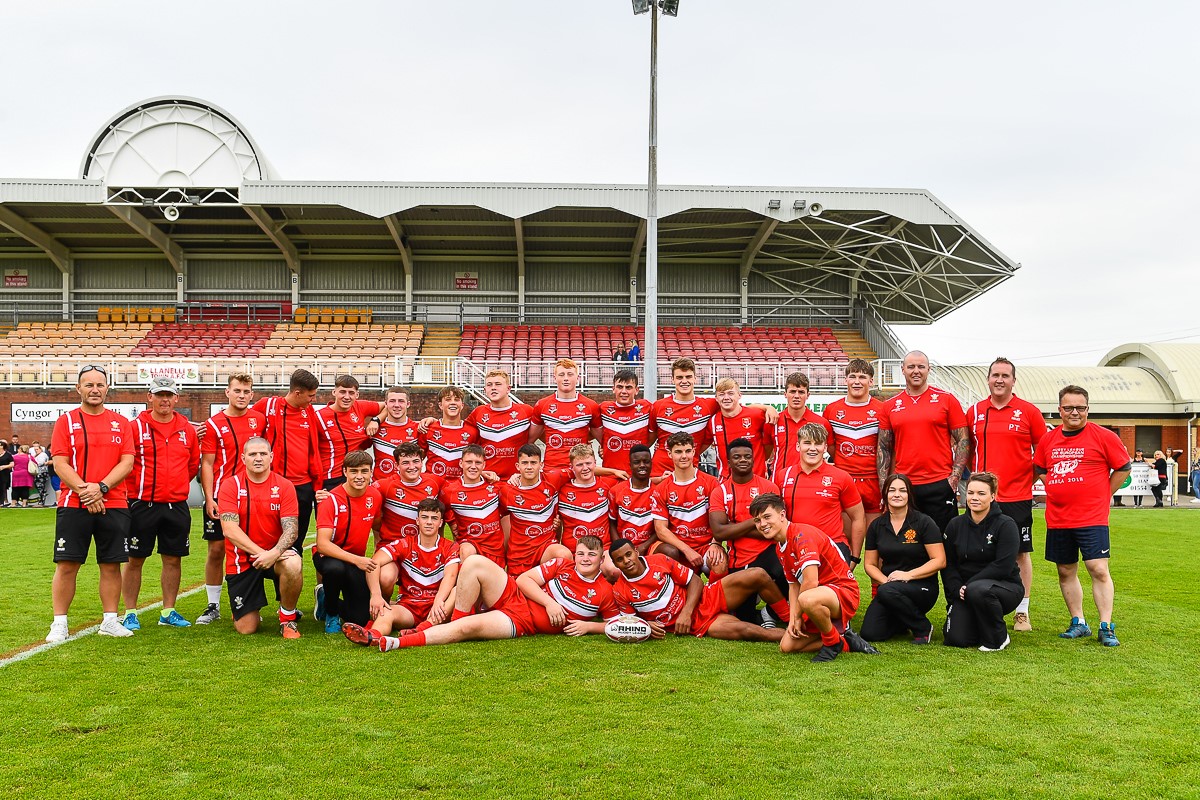 Wales Rugby League have appointed the backroom staff who will work under Lee Crooks for the Wales under 16 international side.

Crooks, who was appointed as head coach last month, will have five assistant coaches in Neil Belshaw, Paul Berry, John Isaacs and Jason Oates, whilst Australian Yoni Charlupski will also be Strength and Conditioning coach.

Oates was involved with the Wales under 16 side in 2018 and has been retained.

The reason that there are so many coaches is that after having over 100 players trial in 2018, Wales Rugby League intend to run two different under 16 squads in 2019 – a “first team” who will hopefully face sides like England and France, and a development squad who will look to take on other sides or nations.

Neil Belshaw, 32, played at under 21 and reserves level for Huddersfield Giants, Leigh Centurions and Rochdale Hornets, and made a conscious decision to stop playing at the age of 22 to move into a career in coaching. He started at Thatto Heath Crusaders in the junior section before spending five years at St Helens coaching in their academy and scholarship programme and three years at Widnes Vikings as under 19s assistant coach. He’s also been involved in coaching youth squads at Pilkington Recs and Leigh Centurions.

“To be able to have an influence on the development of players, community coaches in the local game, and the sport across Wales is a great privilege. The schedule for this year really excites me and I can’t wait to get started.”

Paul Berry, 35, has played rugby league for Woolston Rovers and was famously one of the quartet brought down from Warrington by WRL chairman Mike Nicholas to guest for Torfaen Tigers in their first ever fixture back in 2003. Since retiring from playing, he’s been involved in the coaching set-up at Warrington Wolves, with their scholarship side and Rochdale Hornets, as assistant coach.

He said: “I’m delighted to be appointed to the Wales RL U16s coaching staff and I’m looking forward to working with Lee Crooks and getting started. It’s an honour to be involved with a country with so much heritage and history.

“I’m hoping to take the knowledge and experience from being involved with the excellent youth set-up Warrington Wolves, and help the Welsh junior players develop as players and people in order to help them continue their journey up the rugby league ladder.”

John Isaacs, 29, is currently a Scholarship Coach at Super League side London Broncos and assistant coach at South England Universities RL. Previously a player with Newham Dockers, he coached their youth side for six years from 2012-18 and was also the head coach of South East Universities RL in 2017-18.

He said: “I’m really excited to be involved in a national set up and can’t wait to help the continuing growth of Wales Rugby League. I’m also looking forward to working with Lee and the other coaches to lead more Welsh players up through the ranks. “

Jason Oates, 48, who in addition to his involvement with the Wales U16 side last year, has been head of coaching for the Aber Valley Wolves junior sides for the last five seasons. He has also coached the East Wales Origin side for the last two seasons and was involved in coaching Bedwas rugby union’s juniors for a decade between 2008 and 2017.

He said: “It’s a huge honour for me to continue to be part of the Wales U16s coaching team. I was involved last year and can say that the player talent we have in Wales is very exciting, I feel privileged to be part of the coaching set-up and I’m looking forward to the coming season.”

Yoni Charlupski, 31, played junior rugby league with South Sydney Rabbitohs. Going into coaching straight away, he was assistant coach and head trainer for NSW Combined Independent Schools RL for six years before moving to London where he’s been involved in the London Broncos under 16 scholarship side for the past four seasons. He put on his boots again in 2015-16, turning out for London-side Hammersmith Hills Hoists.

He said: “I feel very privileged for the opportunity given to me by Welsh Rugby League and am excited for the season ahead. We have an abundance of skills and knowledge across the leadership team which can only led to positive results for the Welsh boys this year.

“I know that pride and heritage is something embedded as part of the Wales RL culture and I look forward to learning more about each player and playing a part if their development. The aim is to really get Wales Rugby League on the up and prepare the boys for the next stages of their footy careers.”