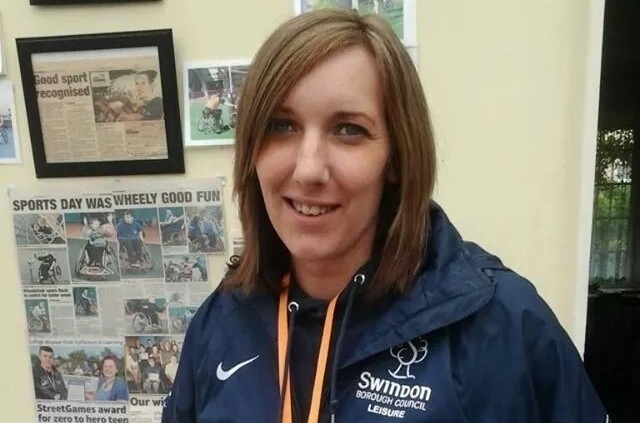 Wales Rugby League have made history by naming a female head coach for a predominantly male national side.

This is after Alana Sargent has been named as head coach of the Wales Wheelchair side that will compete in this September’s Four Nations in Medway, Kent on September 13th and 14th and ultimately the 2017 World Cup in Australia.

Sargent is Swindon based, comes from a sports development and coaching background and has been working for her local authority within youth and disability sports projects run by the Sports Participation and Development team within Leisure Services. She also has just over two and a half years’ experience of coaching Wheelchair RL at her local club Swindon St George.

In addition, Wales have appointed a Wrexham-based assistant coach and team manager to complement the good work already being done in the area with Wales’ only Wheelchair Rugby League side in North Wales Crusaders.

Steve Jones is assistant coach. He currently holds this position with the North Wales Crusaders Wheelchair Rugby League side and was one of the founders of Wrexham Bradley Raiders Rugby League club in the Welsh Conference. He is both a fully qualified level 2 coach and a 13 aside match official and recently completed the wheelchair referee course. He is also an enhanced first aider with St John’s Wales.

Finally, Mark Andrew Jones has been appointed team manager. He is currently a freelance cycling instructor and coach National Standard (Bikeability) mainly at primary schools. He is a North Wales Crusaders fan. His role in the Wales Wheelchair RL team is to deal with everything that isn’t coaching – administration, funding, transport and logistics – to make the coaches’ and players’ jobs as easy as possible and to remove any and all obstacles to Wales being a top international Wheelchair Rugby League team.

Sargent said: “I feel very honoured and privileged to have been given the opportunity to be appointed as Head Coach for Wales National Wheelchair Rugby League Squad.

“Having met with Mark Andrew Jones and Stephen Jones who have been appointed as Team Manager and Assistant Coach for Wales, I am very excited for the future of the National Squad.

“I feel that the three of us complement each other in our roles with knowledge and experience that we each hold as individuals. Knowing we are singing from the same hymn sheet with aspirations for the National Squad and its development makes it really easy for us to work as a team. We are working towards giving Wales another National Squad that the nation can and will be proud of. It may not be instant results but we should be able to start to see results, improvement and development of the Squad in 2015.

“I am looking forward to combining my experience with my qualifications in sport which include a Level 3 BTEC in Sport Development, Fitness and Coaching, RFL Level 2 and Wheelchair, and a CYQ Level 2 Fitness Instructor.”

Wales came third in last year’s World Cup after beating Australia, the first time any side from Wales had beaten the Australians in any form of full international Rugby League and they will look to build on this success in three years’ time.

Wheelchair Rugby League is as similar to able bodied Rugby League as humanely possible. The game is played with an oval ball unlike the so-called “Wheelchair Rugby” played in the Olympics. Tries are scored by placing the ball down on or over the line and there are even conversions and drop goals, all done with the players’ hands. It makes for an exciting sport that was enjoyed by many last year in the World Cup.